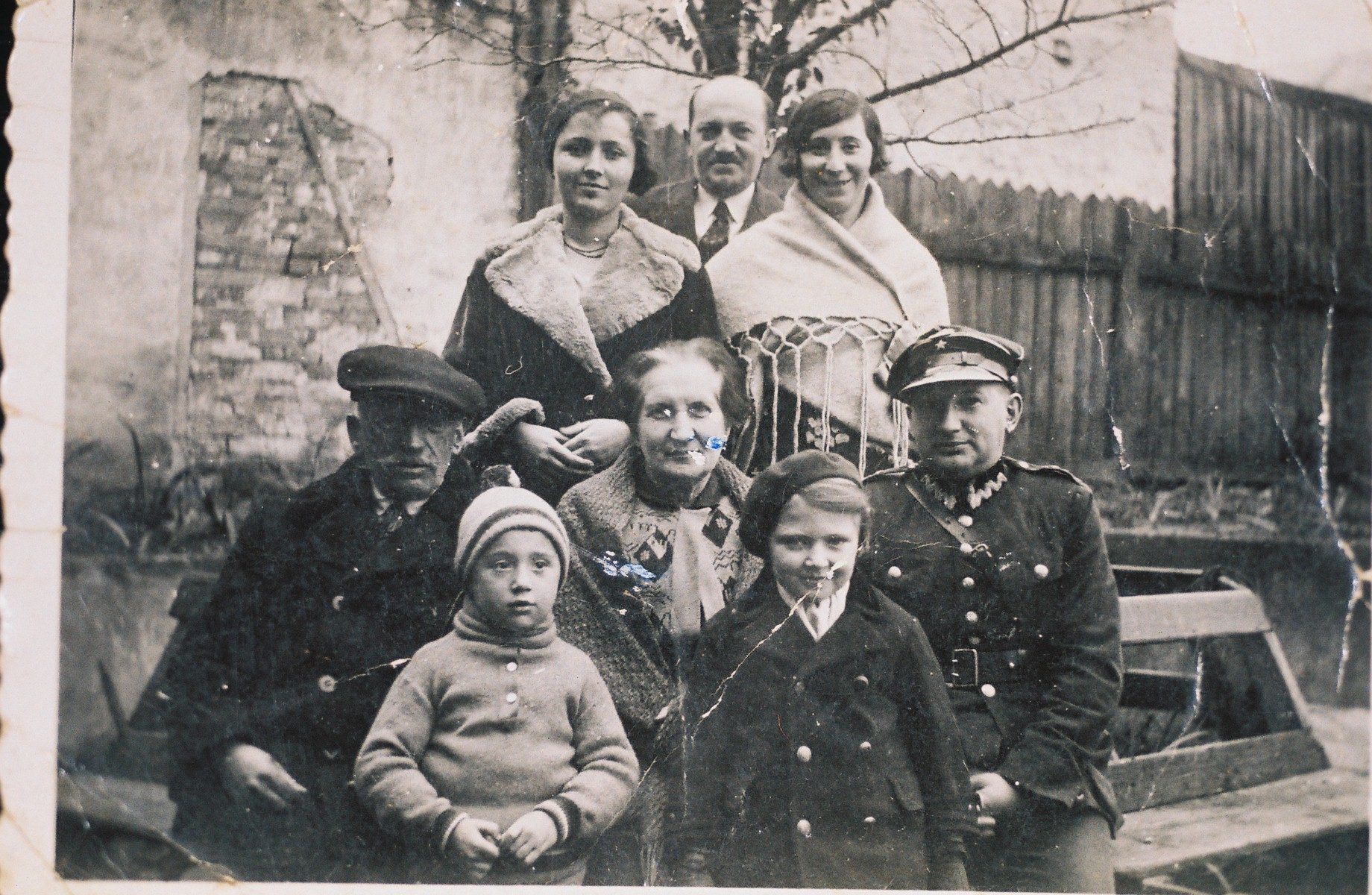 The family of Arnold Greenfeld, Hava Shilo's father, is shown in this 1932 image taken next to their home in Lvov. All eight people were killed in the Holocaust. (Courtesy Hava Shilo)
Advertisement

Hava Shilo, a resident of Haifa, says the murder of her relatives during the Holocaust is felt “more and more as I get older.” (Courtesy Hava Shilo)

BALTIMORE (JTA) – The older Hava Shilo gets, the more she feels the void of relatives who were killed during the Shoah.

An artist living in Haifa, Shilo hopes to locate others who, like her, survived the Holocaust as children. Ultimately they will be the last ones alive to attest to the people and way of life lost, and therefore must use their time well to perpetuate those legacies, she said.

Shilo, 75, hopes that together, for example, they could consider new ways to press the governments of their native lands to return stolen property.

Such gatherings also would lend each person an “alternate family,” Shilo said.

“Maybe they’d like to connect for mutual support,” she said. “When you have family, you have such support: someone to talk with, get advice from, whom you’re friends with.”

Holocaust survivor organizations abound, including for those who survived as children. One, the World Federation of Jewish Child Survivors of the Holocaust and Descendants, will hold its annual conference next month in Cleveland. A prominent group in Israel is Yesh: Children and Orphan Holocaust Survivors.

Shilo has attended meetings of both groups, but said she prefers a more informal and personal approach. A widow with two children and five grandchildren, Shilo foresees getting together for chats on holidays or Friday afternoons before Shabbat, perhaps hosting people for meals.

Her initiative is understandable, given that many Holocaust survivors seek others like themselves to share memories and tell their stories, according to Fayanne Kuttler, a social worker in North Miami Beach, Fla.

“They really like to be amongst other people who went through it so they can talk about it,” said Kuttler, who has counseled Holocaust survivors for 30 years (and is my sister-in-law). “Everybody’s experiences are different, and people like to be with others who understand them.”

A native of Lvov, Poland (now Ukraine), Shilo counts herself fortunate to have survived the Shoah and emerged with her nuclear family intact: her parents, Arnold and Roza Greenfeld, and her brother, David. But the Nazis and their collaborators destroyed her extended family: her paternal grandparents; her father’s sister and two brothers, including one, Bernard, who, like Arnold, was a physician, their three children; and her mother’s brother (a rabbi in the Polish army), sister and their spouses and two children.

A farmer in Brzerzany had hidden the Greenfelds. They awoke one winter night in 1944 with the farmhouse aflame, torched by the Ukrainian underground. The farmer was dead. Arnold and Roza grasped their children’s hands and led them outside — the first time they had emerged from 13 months in hiding.

In fluent Ukrainian, Arnold informed the mob leaders that he was a physician and offered them medical care. With weapons trained on him, his quick thinking had saved their lives.

“I remember that we walked 2 1/2 kilometers [more than a mile and a half] in the snow to their command post,” Shilo said. “Dad was charismatic, strong. He started working for them as a doctor. He told them that if they harmed us at all, he’d stop working for them. We were with them for two months.

The family took shelter near a church and cut their hair to make it more difficult for the Ukrainians they had fled to recognize them. The next day, they found freedom when Russian soldiers conquered the area. Soon the Greenfelds returned to Lvov, but their home had been confiscated. In 1945, the Greenfelds fled again and spent two years in a displaced persons camp in Austria before reaching Israel.

Shilo recently began thinking of reaching out to other child survivors, especially fellow Lvov natives. Those who live in northern Israel, of course, are best situated to meet with her. But Shilo would like to hear from survivors anywhere in the Jewish world.

After being interviewed this summer on the Israeli radio programs “Hamador L’chipus Krovim” (Searching for Relatives Bureau) and “Zichron Ehd L’tiud Hashoah” (Witness Memory to Document the Holocaust), she was contacted by three survivors, including a Lvov native living in Haifa who was orphaned during the war.

“I want to create a warm connection with those who feel that their extended family was wiped out,” she said. “All these years I remember the loss of my great family, destroyed in the Shoah. … I feel the loss more and more as I get older. I can’t forget the people who were killed or the Germans’ great crime against us.”

Despite all those whom she and others lost in the Holocaust, “we can build a family” by turning to one another, Shilo said.

“I believe in solidarity. We, because we were kids [then], are the last generation of people who survived the Shoah.”

(Please email Hillel Kuttler at seekingkin@jta.org if you survived the Shoah as a child and would like to establish contact with Hava Shilo. If you would like “Seeking Kin” to write about your search for long-lost relatives and friends, please include the principal facts and your contact information in a brief email. Seeking Kin” is sponsored by Bryna Shuchat and Joshua Landes and family in loving memory of their mother and grandmother, Miriam Shuchat, a lifelong uniter of the Jewish people.)