70,000 gather at Wall for priestly blessing

JERUSALEM (JTA) — An estimated 70,000 Jewish worshipers gathered at the Western Wall in Jerusalem to hear the priestly blessing.

Hundreds of Kohanim, members of Judaism’s priestly class, performed the special blessing, known as Birkat Kohanim, on Wednesday morning during the morning and additional prayers.

The prayer is said in Israeli synagogues on Shabbat and holidays throughout the year, and as a mass gathering at the site of the Western Wall on Sukkot and Passover. 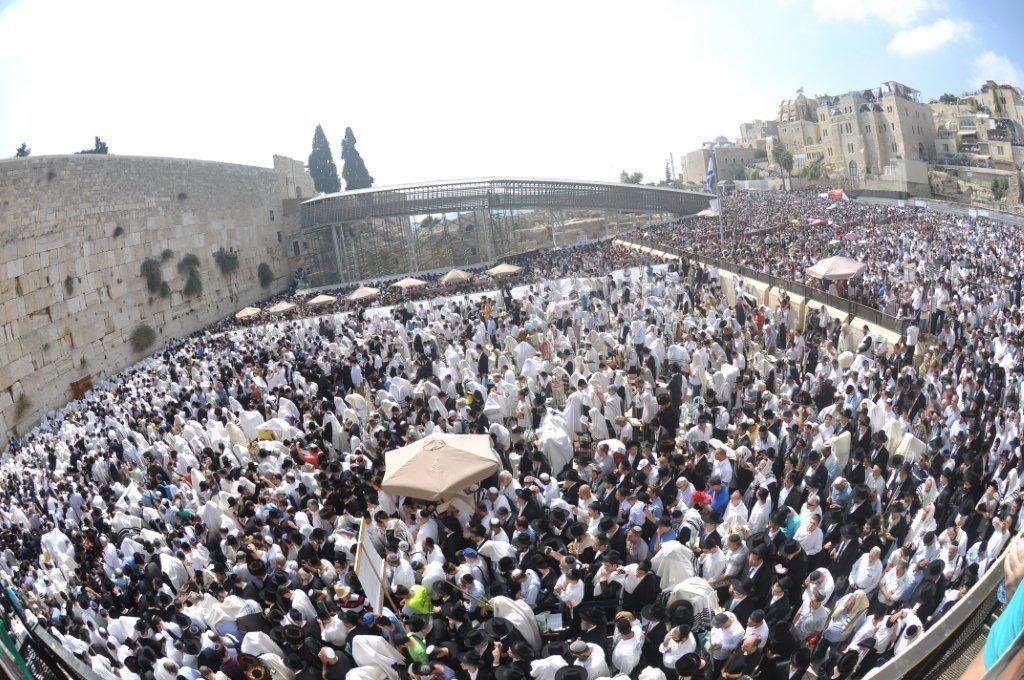 Thousands of Jews gathering for the annual Cohanim prayer (priest’s blessing) during the Jewish holiday of Sukkot in the Old City of Jerusalem on October 03, 2012. (Courtesy TheKotel)