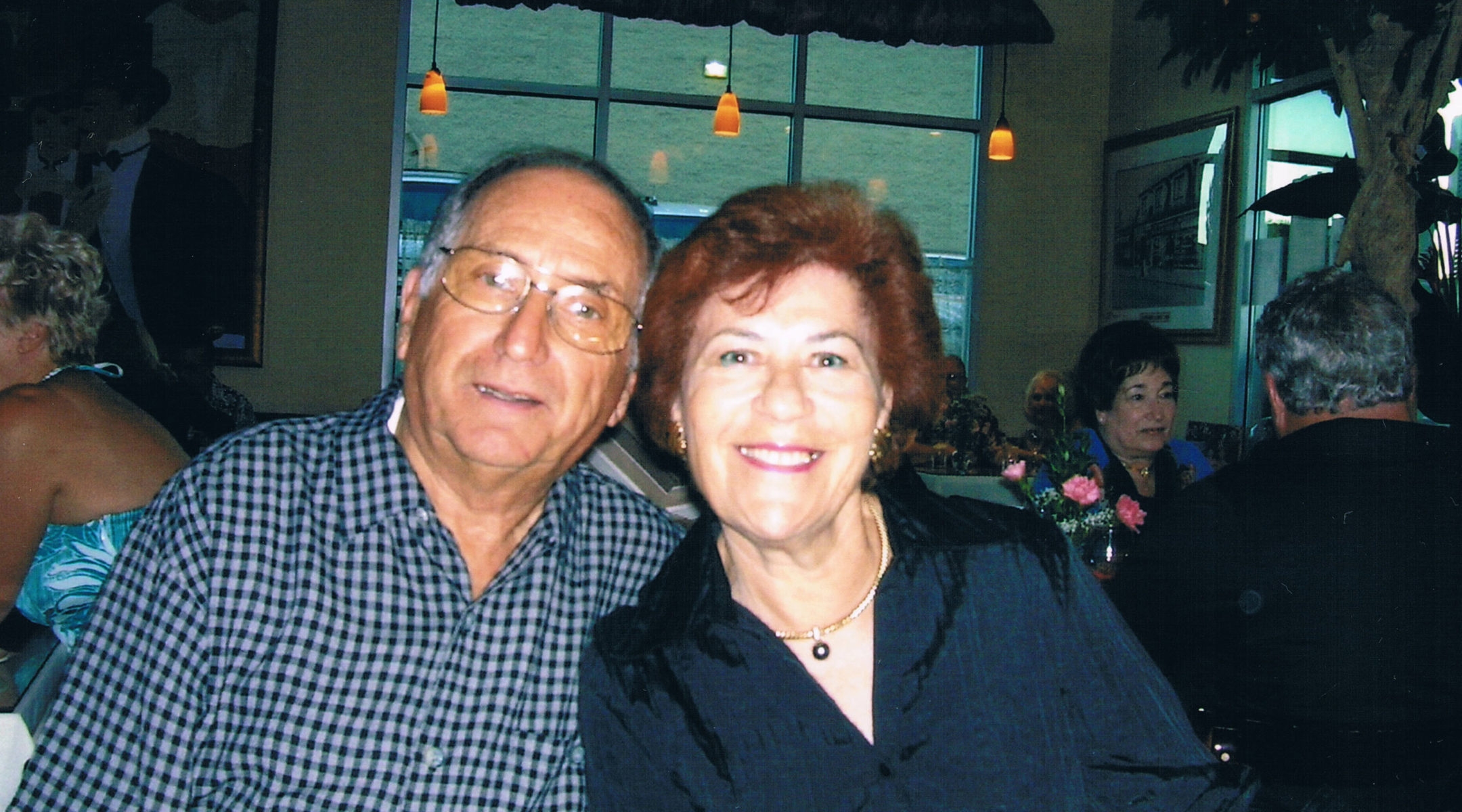 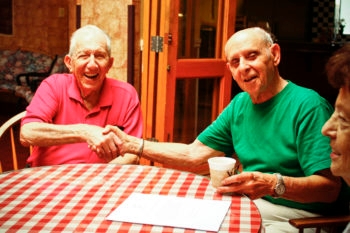 Seniors participating in a Zumba class at the JFCS Center for Senior Enrichment in Phoenix, Ariz.
(Courtesy JFCS)

BALTIMORE (JTA) – Every Jewish community wants more Raymonde Fiol among its active retirees. The question is whether those communities are prepared to meet the needs she and hundreds of thousands of “younger seniors” and older ones will have in the near future.

Now 76, Fiol has resided in Las Vegas for the past 11 years. She belongs there to a synagogue, Hadassah and Na’amat USA, a women’s Zionist organization. Her volunteer time largely is spent as president of the Holocaust Survivors Group of Southern Nevada. In spare moments, she and her husband of 56 years, Philip, enjoy the area’s nature parks and attending lectures.

“You have a choice of Jewish involvement, and we’re surrounded by Jewish friends,” Fiol said. “People look out for each other because a lot of them don’t have their children here, so you get invited for yontif and your friends become family,” she said, using the Yiddish term for holidays.

She and her husband are part of the area’s growing senior population. The Jewish community is thought to have a larger share of people ages 65 and over than America generally, based on statistics from the last National Jewish Population Study and the 2010 U.S. Census. With the baby boomer generation entering the 65+ age group, experts say Jewish institutions will have to work hard to keep up with what is expected to be a growing need for social services and social offerings among Jewish elderly.

In 2005, the year of Las Vegas’ last Jewish community study, Jews ages 65 and older rose to 67,500, from 55,600 a decade earlier. In greater Phoenix, a 2002 population study found that 20 percent of people in households with Jews were in that age range – a sizable increase from the 12 percent mark in the previous study, conducted in 1984. A 2005 study by the federation in western Palm Beach County found that about 57 percent of the community – 78,391 people – were 65 and older. Meanwhile, a study that same year by the federation in southern Palm Beach County found 61 percent of the community was 65 or older.

“We have the fastest growing Jewish seniors community population in the country,” said Keith Myers, the president and CEO of MorseLife in West Palm Beach, a nonprofit that provides senior living and health care in the area. “In the next 15 to 20 years, Palm Beach County is going to triple its senior population from 300,000 to 900,000.”

His nonsectarian agency has a $66 million annual budget – up from about $57 million five years ago. Services provided by the multifaceted operation include short-term rehabilitation, long-term care, independent and assisted living, home care, geriatric care management, adult day care, meals on wheels, and research and education. More is coming, with a $43.6 million expansion is in the works including a 100,000 sq. ft. short-term rehabilitation facility, remodeling of a long-term care building, new space for memory- and vision-impaired residents, and expanded independent living residences.

“Our clients are living longer and we’re dealing with more considerations than ever,” Myers said.

Mirroring the general population, similar expansions are taking place at Jewish retirement homes and centers around the country. Service providers also worry about meeting the needs of elderly people who chose to stay at home, many of them in what’s known as NORCs: naturally occurring retirement communities.

In 2001, the national federation umbrella organization — now known as the Jewish Federations of North America — created a NORC Aging in Place Initiative to seek more federal assistance for NORC supportive services efforts, which often are supported with federal and state funds.

At the Las Vegas Senior Lifeline, a nondenominational program run by the Jewish Federation of Las Vegas, federation spending on the program’s kosher meals, transportation to doctors and grocery stores, and light housekeeping has risen to $500,000 — substantial increase in the past four years, according to Elliot Karp, president and CEO of the Las Vegas federation. The program also gets government dollars.

“No question that’s going to increase in the coming years,” Karp said of the need. “The number is stable at around 400 people served only because of limitation of resources. We could double it if we had the funds.”

At the Florence Melton Adult Mini-School of Jewish Learning, which is geared toward all adults, organizers say they’ve seen a significant increase in seniors. In many venues, the majority of participants are retirees. In recent years, that program has expanded to 62 programs in 60 cities, mostly in North America, educating some 5,500 people a week.

Synagogues, too, are retooling for seniors, and new ones are opening in places with growing older-adult populations. In the mid-1990s, Temple Beit Knesset Bamidbar (Synagogue of the Desert) opened up in Sun City Summerlin, a gated community in the Las Vegas area for people age 55 and older. Now the shul has a rabbi, a cantor and more than 850 members.  On Shabbat, people are congratulated from the pulpit on their anniversaries.

Ellie Schwartzberg, vice president of older adults services and Jewish community services at Phoenix’s Jewish Family & Children’s Services, says she’s worried that Jewish communities remain unprepared to help the baby-boomer generation. For example, the community has not begun to put in place the nursing homes that will be required for the growing cases of Alzheimer’s disease.

“I don’t think the community is ready at all for these boomers as they age and need these services,” she said.

In Phoenix, the Jewish community has a NORC project, a hospital chaplaincy program and a Jewish senior center that a few years ago moved from a synagogue into an independent-living facility.

“For young retirees it’s a wonderful place,” Schwartzberg said of Phoenix. “But we know that a lot of people move back to their family once they become infirm or need more help, or sometimes even the family moves here.”

Karp said that in Las Vegas, which is now talking about building its first Jewish retirement home, the dual challenge is clear.

“We know that in our community the senior adult population is significant and will continue to grow,” he said. “We know we have to do a better job of providing better services both for the needy elderly and the ‘well elderly.’”

For baby boomers, however, the bottom line in choosing a retirement destination may be an array of quality-of-life considerations, of which senior services is just one.

“Even though you have the big developments and the clubhouses, there’s so much out here,” Fiol said of Las Vegas. “You have choices and I’m not talking about gambling. Come on out and you’ll have a grand time.”