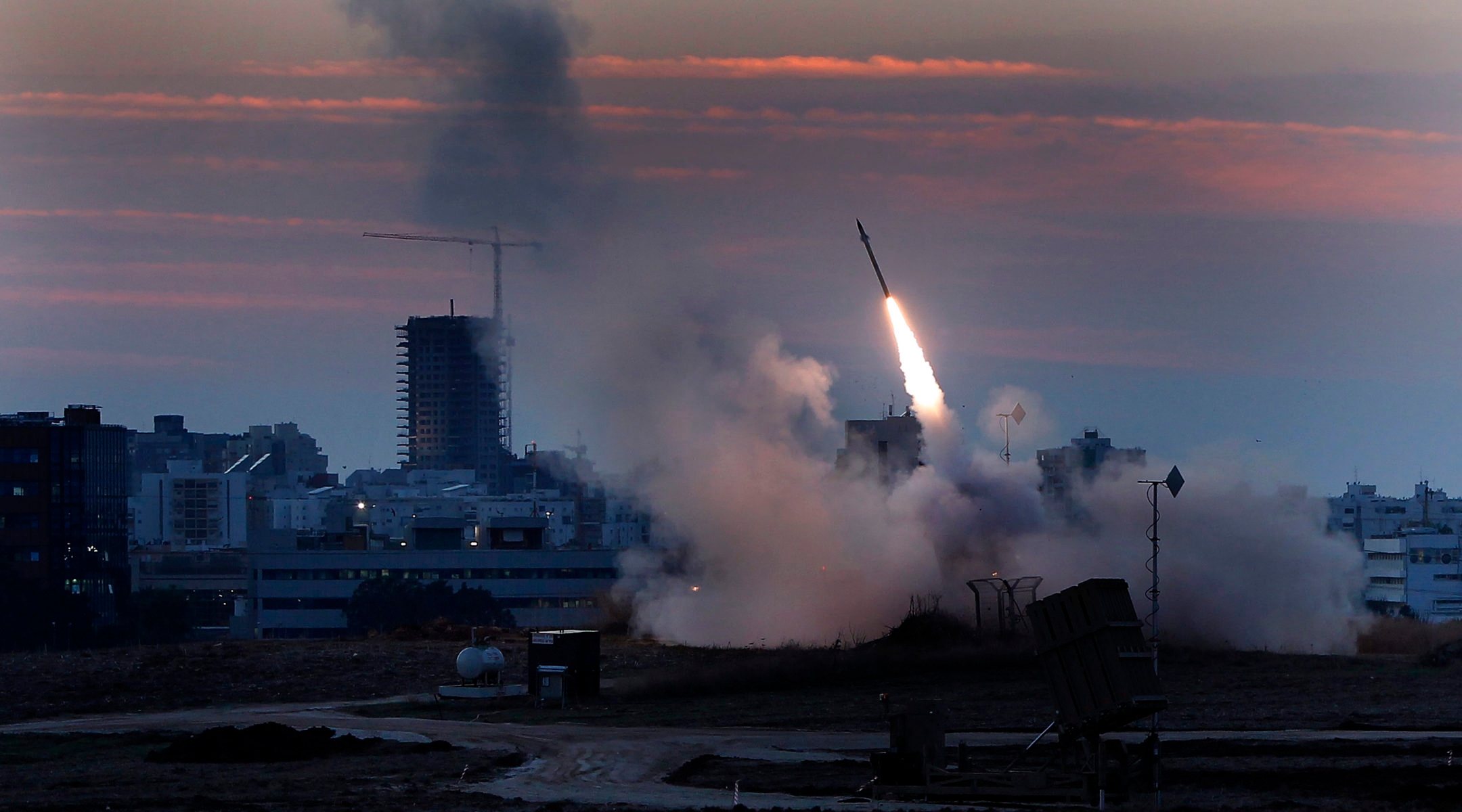 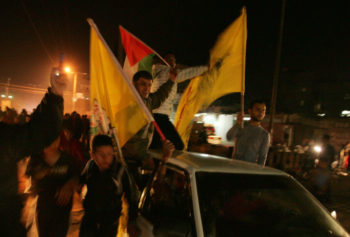 Palestinians celebrating in the streets of Gaza as Israel and Hamas agreed cease-fire to halt an eight-day conflict, Nov. 21, 2012. (Abed Rahim Khatib/Flash 90) 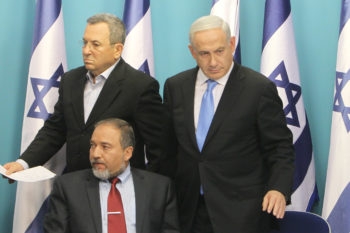 (JTA) – As Israel and Hamas mostly stilled their guns Wednesday night after reaching a cease-fire agreement, ending eight days of intense bombardment, both sides took home some new lessons about their foes.

By firing longer-range rockets capable of reaching Jerusalem and Tel Aviv, Hamas demonstrated for the first time that it could expand the borders of the missile battleground to include the densely populated center of Israel. Even under severe aerial bombardment, Hamas managed to launch some 1,500 missiles over the course of the week. Some traveled as far as 50 miles.

But with its Iron Dome missile defense system, Israel showed how technology can be a game changer on the battlefield. Of the missiles targeted by Iron Dome, which is designed to knock down only missiles aimed at populated areas, approximately 80 percent to 90 percent were eliminated, the Israeli military said. In all, the Israel Defense Forces said Iron Dome downed 421 missiles.

“Eight days ago, Israel launched an operation after terror attacks from Gaza escalated,” Israeli Prime Minister Benjamin Netanyahu said Wednesday night. With several major terrorist commanders eliminated and much weapons infrastructure destroyed, he said, “we have decided to give cease-fire a chance.”

Israel suffered five fatalities in the fighting, all but one civilians. The Palestinians reported more than 140 killed, including militants and civilians. That’s approximately the same proportion of Israeli-to-Palestinian casualties the last time Israel and Hamas went to war, during the 22-day Operation Cast Lead launched in late 2008. But the Palestinian casualty rate this time was about one-third the rate of Cast Lead, when an average of 350 Palestinians were killed per week.

That’s probably because this round of fighting, which the IDF dubbed Operation Pillar of Defense, did not include a ground invasion.

Palestinian casualties increased significantly during Israel’s ground invasion in the 2008-09 war, stoking international anger. As that war dragged on, Israeli critics said the military achieved diminishing returns the longer it stayed in Gaza and should have gotten out quicker.

This time, though Netanyahu threatened to send in ground troops — calling up 75,000 reserve troops and massing tanks on the Israel-Gaza border — he did not follow through on his threat.

Under the terms of the cease-fire, Israel agreed to halt its operation in Gaza, including targeted assassinations, and Palestinian terrorist groups agreed to stop their rocket fire and border attacks against Israel. Some sporadic fighting was still reported after the cease-fire went into effect Wednesday night.

So, who won, and what did the fighting accomplish?

If it holds, the cease-fire will have ended the rocket fire on southern Israel without any concessions to Hamas — a clear victory for Israel. The operation also enabled Israel to do some damage to Hamas’ terrorist infrastructure, including killing the Hamas military chief, Ahmed Jabari. The IDF was able to do it all without undertaking a risky ground invasion that could have ratcheted up the casualty count on both sides and fueled more international ire.

On the plus side for Hamas, the group showed that despite Israel’s ongoing blockade of the Gaza Strip, terrorists are able to get their hands on increasingly potent and sophisticated weaponry, representing a greater threat to Israel. And despite Israel’s bombardment, Hamas’ rocket launching capability has not been destroyed. Few Israelis believe it’s anything but a matter of time before the rocket fire starts anew.

There are some very clear losers here.

Again, the Fatah-led Palestinian Authority was left sitting on the sidelines while Hamas commanded Israel’s attention and claimed the mantle of the Palestinian cause. Negotiations between Israel and the Palestinian Authority, led by President Mahmoud Abbas, have been frozen since 2009. While Hamas did not achieve any tangible gains from the fighting, Palestinians in the more moderate Fatah-ruled West Bank rallied to Hamas’ side. The notion that negotiation rather than violence is the path toward Palestinian statehood seems to have suffered yet another setback.

While Hamas was emboldened by the Egyptian government’s very public and sympathetic stance, the sympathy didn’t translate into any concrete assistance on the ground. Egypt’s prime minister visited Gaza during the fighting as a show of solidarity, but Egypt kept out of the fighting and retained its role as a broker between Israel and Hamas.

That’s a triumph for President Mohamed Morsi, who showed that despite his affiliation with Egypt’s Muslim Brotherhood — Hamas is an offshoot of the Egyptian Islamist group — he could play the role of mediator in the Israeli-Palestinian conflict.

Egypt’s gain showed Turkey’s loss. Once Israel’s closest Middle East ally and a key conduit between Israel and the Arab world, Turkey was left on the sidelines of this conflict. Turkish Prime Minister Recep Tayyip Erdogan’s description of Israel as a “terrorist state” may have won him fans among his Muslim base, but it also signaled that Turkey had lost its unique ability to act as a mediator in the conflict.

Finally, there’s the issue of cost for Israel. Each Iron Dome missile interceptor comes with a price tag in excess of $40,000, and Israelis suffered damage to infrastructure ranging from homes to schools to roads.

But President Obama has pledged to seek additional funding from Congress for the Iron Dome system. The United States already has sent Israel $275 million for Iron Dome over the last two years, and earlier this year the U.S. House of Representatives proposed an additional $680 million through 2015, with the Senate proposing an additional $210 million.

Iron Dome’s success during the fighting also could be a boon for Israel’s defense industry, as other countries facing similar rocket threats clamor for the pioneering missile defense system.

Whether that defense coupled with Israel’s offensive in Gaza is enough to deter Hamas from resuming its attacks remains unclear.