Report: One-quarter of Israelis — and 37 percent of kids — live in poverty 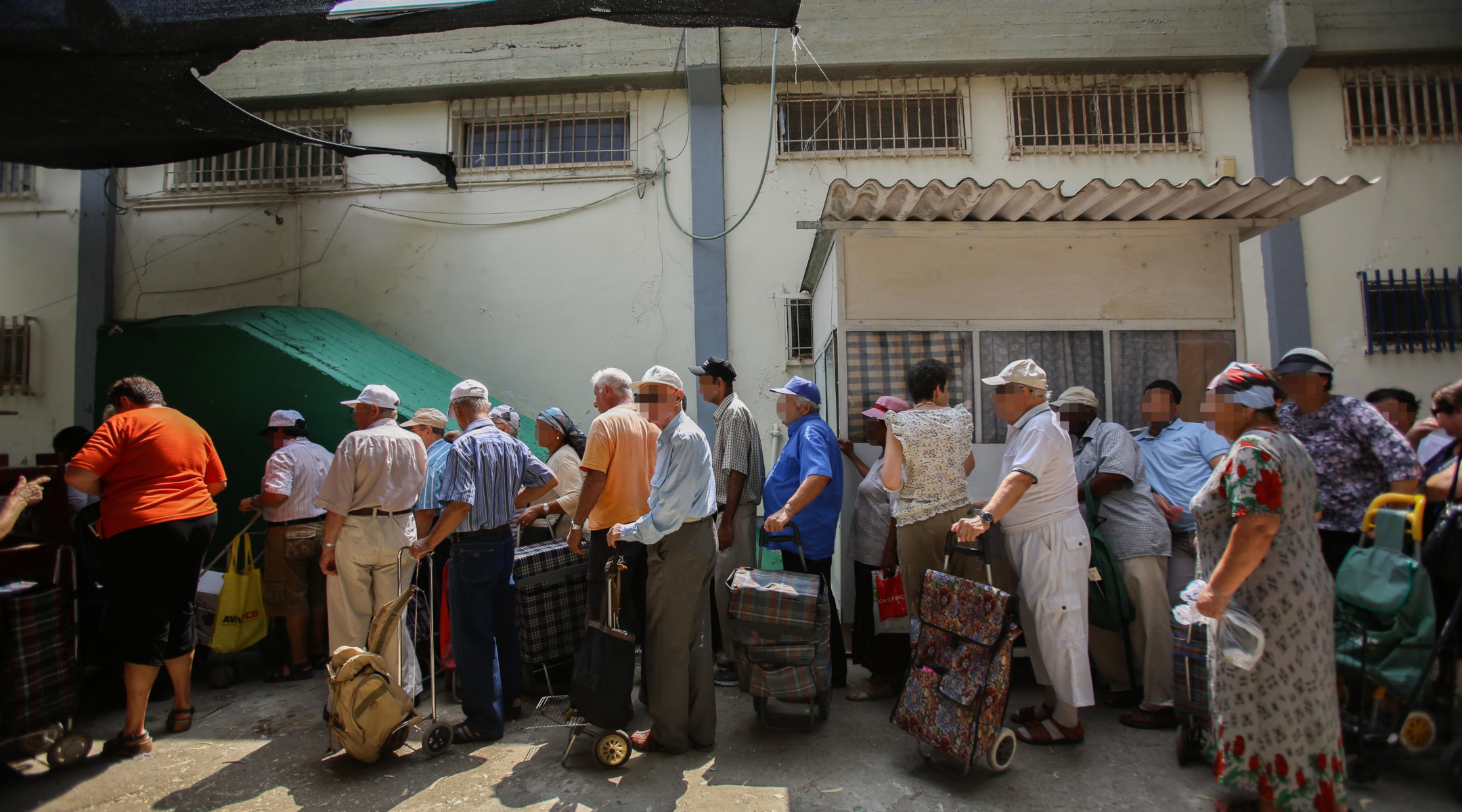 People waiting in line for food packages at a distribution center for the needy in Lod, near Tel Aviv, September 2012. (Yonatan Sindel / Flash90)
Advertisement 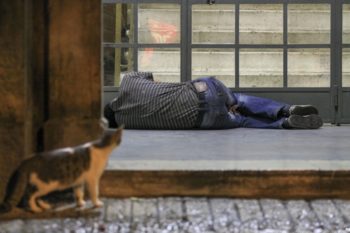 A homeless man in Jerusalem taking cover in an entrance of a building to protect himself from a downpour, November 2012. (Oren Nahshon / FLASH90)

In 2011, the year for which the report was issued, more than 36 percent of Israeli children were poor, a jump of 1 percentage point from the previous year. Poverty afflicts more than 400,000 Israeli families – including almost 7 percent of families with two working people.

Among developed countries, these numbers are unusually high. Israel has the second-highest poverty rate in the developed world, behind only Mexico, according to statistics from the Organization for Economic Cooperation and Development, or OECD.

“There’s a very large segment of the Israeli population that isn’t receiving tools they can use in the modern economy,” said Dan Ben-David, executive director of Israel’s Taub Center, a think tank that released its “State of the Nation” report last month — which analyzed Israeli socioeconomic policy. “It’s not only bad for them, it’s also become a huge problem for the country over time. They’re dragging down our productivity and growth.”

Israel’s relatively high poverty rate stems in large part from two sectors of the population that are especially poor: Israeli Arabs and haredi Orthodox Jews, who have poverty rates of 53 and 54 percent, respectively. Israeli Arabs constitute about a quarter of all Israelis, while approximately 10 percent of the country is haredi.

The Israeli government defines the poverty line as individuals who have expendable income of about $9,500 annuall after taxes – which is approximately 50 percent of the median Israeli expendable income. Exactly 24.8 percent of Israelis, or 19.9 percent of families, live in poverty.

By comparison, the United States is fourth-highest on the OECD’s list, with a family poverty rate of about 17 percent, according to the OECD’s standard. Twenty-three percent of U.S. children live in poverty.

In Israel, poverty usually does not mean starvation. Unemployment in Israel is at 6 percent, and one of the country’s socialist legacies is a strong safety net for the poor, sick and elderly. Israeli economic policy has, however, turned more conservative in recent years.

“If you look at income by family size, as the families get bigger, from five members and up, total family income gets lower,” he said.

Arabs and haredim are also exempt from Israel’s compulsory military service, which makes it harder for them to find work in a culture where army service often serves as a career starting point, allowing people to network and in some cases gain specialized skillsets.

Ben-David says Israel’s problems aren’t limited to minorities and that the state needs to invest in education and transportation infrastructure.

In the summer of 2011, hundreds of thousands of Israelis took to the streets to protest the high cost of living and growing wealth inequality in the country, which were seen as hurting the middle class. Though the issue has gotten a lot of attention in Israel’s current election campaign, it does not dominate headlines the way it did during the 2011 protests.

Last month, Israeli Prime Minister Benjamin Netanyahu announced a new commission of government ministers to streamline socioeconomic reforms. He did not specify what those reforms would be.

Ben-David said Israel’s security needs often make it hard to find enough money to address the country’s other challenges. Defense spending makes up about one-fifth of the total budget, and social service spending adds up to about two-fifths.

“That we have such a high defense budget means we have to be judicious with the rest,” he told JTA.

Nonprofit groups here have stepped in to alleviate poverty in Isael, including many managed by haredim. But Yoram Sagi Zaks, founder of the Movement for the War on Poverty in Israel, says the government still needs to take primary responsibility for helping the poor.

“The nonprofits help people, but they need to supplement the state, not replace the state,” Zaks said. “Poverty is not a fate. This is not something we need to get used to.”