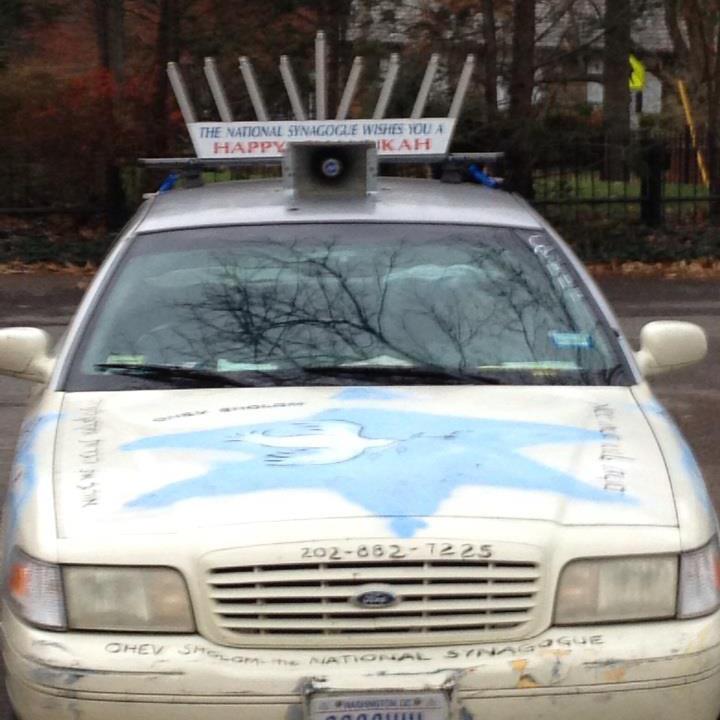 A single oil change that lasted for three years — not bad for a car that’s notched 300,000 miles.

Adorned with a menorah, the Ten Commandments and the vanity license plate "GO2SHUL," Rabbi Shmuel Herzfeld’s conspicuously decorated 1995 Ford Crown Victoria reached an impressive odometer milestone shortly before Chanukah, though not without complications.

"I went to show my friend’s kids Friday and while I was in the driveway, smoke started pouring out from the car," said Herzfeld, rabbi of Ohev Sholom — the National Synagogue in Washington.

An Orthodox activist-rabbi, Herzfeld is no stranger to the art of drawing attention, whether writing Op-Eds in the N.Y. Times or donning a yellow star at a protest of “The Passion” in 2004. The concept behind his rabbinic batmobile dates back about eight years.

“The first car I got was an old taxi,” Herzfeld recalled. Instead of the ad that the taxi had on the top, I wrote an ad for the shul.”

That car, however, met an unusual end.

“My previous car had a menorah and a shofar on it, then someone stole it and used it to rob a bank,” the rabbi said. In addition to writing his shul’s telephone number atop the hood of the new car, the ordeal inspired Herzfeld to leave room for the Ten Commandments, with a special emphasis on “Thou Shalt Not Steal.”

The new car, which Herzfeld has only owned for three years, hasn’t traveled particularly far under his tenure.

“The farthest I’ve taken it is Baltimore or Northern Virginia, but I won’t take it farther,” said the rabbi.

On Monday, the car’s mechanics, who have been performing pro-bono maintenance work since Herzfeld acquired it three years ago, diagnosed and repaired the broken hose.

“I kept telling people that I’d throw a kiddush when we made it to 300,000 miles,” said Herzfeld, who made good on his promise by treating the mechanics to a Chanukah party on Tuesday. 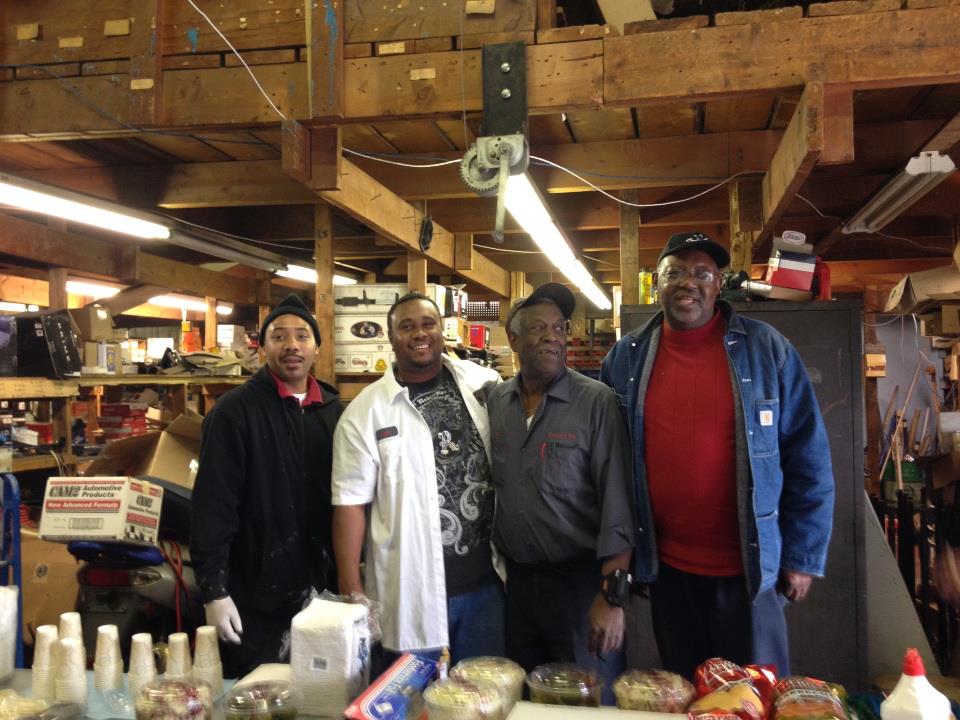 Herzfeld insists that the inspiration behind his Jewish jalopy was drawn independently of the Chabad “mitzvah tanks,” vehicles designated by the Lubavitcher Hasidim since the 1970s to facilitate the spread of Jewish ritual. That said, he claims to use the car “just to do mitzvos.”

When the 300,000-miles-and-counting clunker goes kaput, Herzfeld has a couple of ideas for what to do next. “I would like to get a diesel car we can run on oil waste,” said Herzfeld.

“When the car’s time comes , we’ll go on to the next model,” he said plainly.