The power forward married his fiance Alexis Welch on the roof of his apartment in front of their three kids on 12/12/12. After finding out his mother is Jewish, Stoudemire took a high-profile trip to Israel in 2010, and has expressed his Jewish roots ever since.

The wedding was small and private, a source told the New York Post, adding that “less than seven other people were there, no Knicks teammates. It was just about them.”

The couple is planning a larger party next year with family and friends, although no word on whether they will be including a chuppah and smorgasbord into their ceremony. 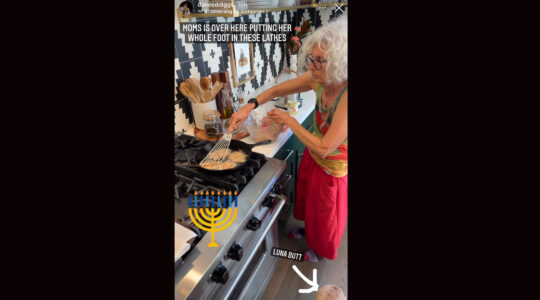