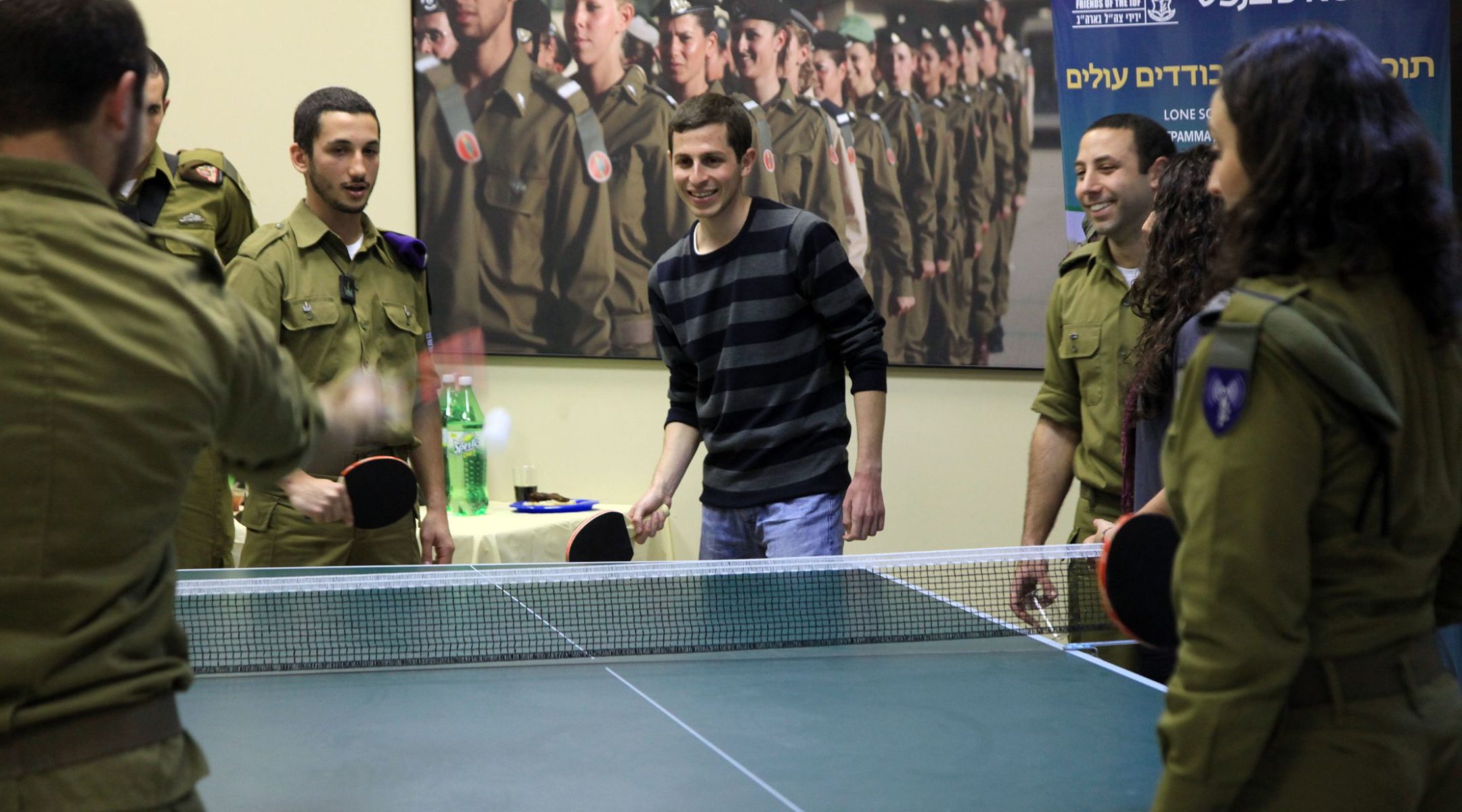 Shalit, who was held captive for five years after he was apprehended near the Gaza border by Hamas operatives in 2006, met with 50 so-called “lone soldiers,” immigrants who came to Israel without their families and are currently serving in the Israel Defense Forces.

The visit was coordinated with Nefesh B’Nefesh, an organization that facilitates immigration to the Jewish state, and the Friends of the Israel Defense Forces, which jointly operate a program for lone Israeli soldiers.