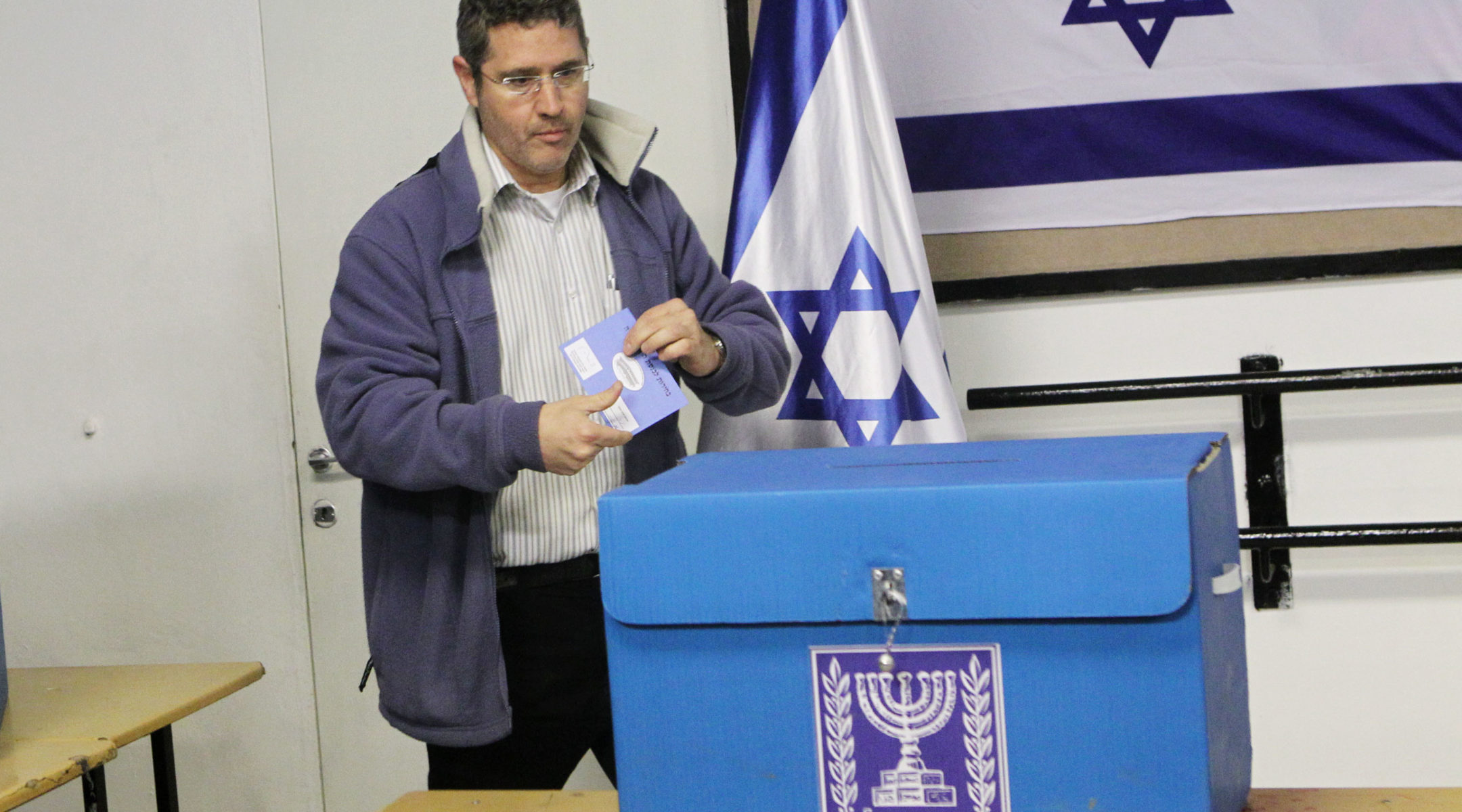 An Israeli man casting his vote at a polling station in Jerusalem, Jan. 22, 2013. (Miriam Alster/FLASH90)
Advertisement

JERUSALEM (JTA) — Israelis are rarely shy about offering their opinions, especially on politics.

This year, however, a good number of them aren’t sure what their opinions are.

As Election Day approached, a large proportion of voters — 15 percent — were still undecided, according to polls. Some remained unsure even as they headed for the polls on Jan. 22.

Undecided or not, Israelis came out to vote: By 4 p.m. Israel time, turnout at the polls stood at 46.6 percent — an increase of 5 percent over the last election, in February 2009.

The multiplicity of parties presented Israelis with a dizzying array of choices: 32 were in the running, and up to a dozen were expected to land seats in the Knesset. But with so many parties running on similar platforms, and after what many considered a lackluster campaign, many voters said they were disillusioned with their choices.

Daniel, a women’s studies student in Tel Aviv, said she had vacillated between Hatnua, a party focused on negotiations with the Palestinians and led by former Kadima leader Tzipi Livni, and the left-wing Meretz party. In the end, Daniel said, she chose Hatnua because it advocates for environmental issues.

Her dilemma was not uncommon among young Tel Avivis. As they entered or exited their polling locations, many said they were torn between the three center-left parties, Hatnua, Labor and Yesh Atid.

“I did a questionnaire on the Internet” about whom to vote for, said Elian, 27, a political science student at Tel Aviv University. She said that because she was a “social democrat from birth,” she chose the traditionally socialist Labor. But Elian said she saw the appeal of both Livni and Yesh Atid Chairman Yair Lapid, a political newcomer.

“Tzipi [Livni] can lead a state better than Shelly” Yachimovich, the Labor chairwoman, Elian said. “Yair Lapid is new and he talks a lot, but Shelly is more my ideology.”

Uri, 31, a Tel Aviv event planner who preferred to have only his first name printed, also was guided by ideology as he deliberated between Labor, Hatnua, Yesh Atid and Meretz.

“There was social pressure,” he said. “One friend feels this way, another that way. But everyone knows on the inside” whom they support.

Uri ended up voting for Meretz, he said.

Uncertainty lingered on the right, too. Gilad Konforty, 30, an MBA who recently became Orthodox and now studies in a yeshiva, was trying to decide between two Orthodox parties, the Sephardic Shas and the Ashkenazi United Torah Judaism. He went with UTJ.

“They better represent Jewish values and Jewish character,” Konforty said. While Shas has, at times, cooperated with left-wing governments, UTJ “doesn’t move around, they don’t capitulate, they don’t compromise,” he said.

With the right-wing Likud-Beiteinu list widely expected to beat its center-left competitors, some right-leaning voters chose pragmatism over ideology and voted for the party they figured would best be able to influence a Likud-led coalition.

Guy, 33, a Jerusalemite who works in the technology industry, said he chose the pro-settler Jewish Home party and its Modern Orthodox chairman, Naftali Bennett, over Likud because he wants “to put another kippah in the Knesset.”

“They’ll work together anyway” said Guy, who also preferred not to have his last name printed. Bennett will “push the government a little to the right. I think he has more concern for the religious sector.”

With so many new parties, voters faced the prospect of a large number of first-timers making it into the Knesset.

“There are a lot of new parties that have talked but have not done anything,” said Yaakov, 47, a banker from Tel Aviv also vacillating between Shas and UTJ. “The old parties didn’t prove themselves.”

Dor Midler, 21, a first-time voter, said she was voting for Yesh Atid’s Lapid and his list of political neophytes.

“I just left the army, and he’s the best for young people,” she said. “He’s something new. I’m optimistic. At some point it has to be OK.”

“You open Facebook, you can see everything that happens,” he said. “Before it would be that my father votes Likud, so I vote Likud. Now you can see the party platform, what they’ve done, what they haven’t done.”

This year, Likud failed to produce a formal party platform.

Dina, 76, a Tel Aviv resident who lost a husband and son in Israel’s wars, said she was disappointed with Israel’s entire political system.

“Wherever there are Jews, there are never just two parties,” she said. “There are too many parties.”

Dina said she was a faithful Labor voter for decades until 2006, when she thought the party wasn’t effective and cast a protest vote for the Pensioners’ Party. She said she is voting cautiously for Hatnua’s Livni after flirting with a return to Labor.

Neither party excited her, though there would have been one politician Dina said that would raise her spirits — Shimon Peres, the 89-year-old former Labor prime minister who is Israel’s current president.

“He loves the state,” she said. “There’s not one job he did where he didn’t succeed. He’s the lighthouse of the state.”