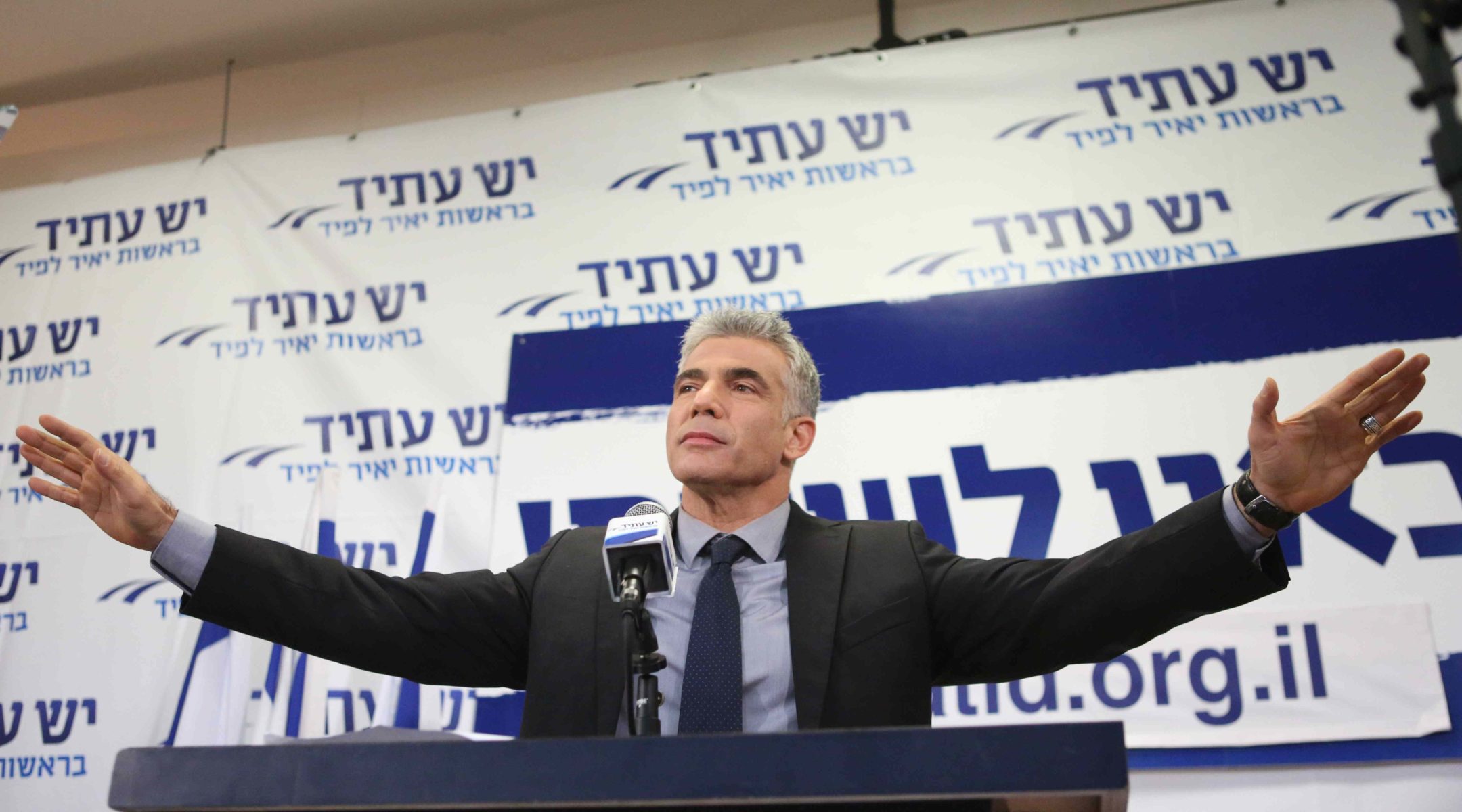 Hardly anyone saw it coming: When the dust settled on the Israeli election this week, Benjamin Netanyahu emerged weaker (though still victorious) and Israel had a new political kingmaker: Yair Lapid, whose Yesh Atid party scored 19 seats in the next Knesset. Lapid, a former TV newsman, is a centrist, tending right on security issues and left on economic ones — the latter category having dominated his campaign pitch. Lapid says he’s willing to serve in a government led by Netanyahu. Will that induce the security-minded prime minister to devote more attention to pocketbook concerns?

Scarlett Johansson is back on Broadway, this time starring as the sultry Maggie in the 1955 Tennessee Williams classic “Cat on a Hot Tin Roof.” Reviews so far are mixed, but Johansson’s turn as a sex-hungry wife on a Southern plantation is sure to be enough to fill seats at the Richard Rodgers Theatre. Best known for her film work, ScarJo won a Tony for her debut Broadway performance three years ago in Arthur Miller’s “A View from the Bridge.”

Martin Schulz, the president of the European Parliament, said this week that European Jews live in fear. But he insists Europe will protect them. “Yes, there are threats. But, ladies and gentlemen,” he said at a ceremony marking International Holocaust Remembrance Day, it’s not like the pre-Nazi era because “there is a European Parliament, because there are common European Institutions.” Schulz’s remarks at the European Parliament in Brussels came in response to European Jewish Congress President Moshe Kantor, who likened the current era to 1929, “with extremists marching in the street and into parliament.”

Sen. Charles Schumer’s central role in the pageantry this week couldn’t go unnoticed — or unmocked. Jon Stewart called New York’s senior senator the inauguration’s “breakout star” and credited him with dispatching his duties with all the panache of post-Shabbat services announcements. But as chairman of the congressional inaugural committee, Schumer presided over the ceremony on the steps of the Capitol, toasted the president with a “L’chaim” following the swearing-in and appeared in so many photos that some suggested he had “photobombed” the inauguration. He even packed the inaugural lunch menu with delicacies from his state, the most Jewish in the union.

After being caught on film lauding Hitler, getting fired from his job at Christian Dior, having a court judgment against him and losing his French Legion of Honor medal, there was probably only one man who could help designer John Galliano rehabilitate his career. This week, he delivered: Abraham Foxman, national director of the Anti-Defamation League, pronounced Galliano a changed man. “Mr. Galliano has worked arduously in changing his worldview and dedicated a significant amount of time to researching, reading, and learning about the evils of anti-Semitism and bigotry,” Foxman said in a statement. Oscar de la Renta is “hosting” Galliano at his New York studio for a few weeks.