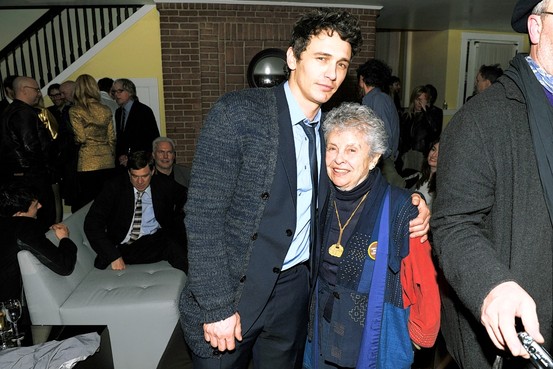 He’s quite the family man.

Actor-turned-everything-else James Franco, who is starring in the upcoming film “Oz: The Great and Powerful,” landed a role for his grandmother, Mitzie Verne, in the March 2013 movie.

Franco was granted permission from his producers for his grandmother to make a special appearance at the end of the film, which is about the events leading up to the popular 1939 movie, “The Wizard of Oz.”

“James is very family-orientated. He is very close to his grandma and managed to get her a role in the Oz film. She played a townsperson in the end,” a source told the Daily Mail.