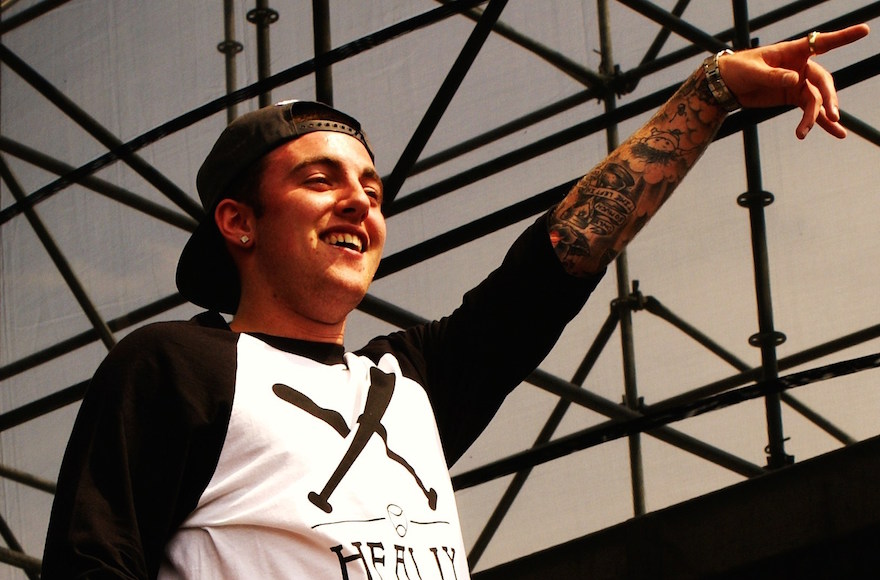 It only took him two years, but real estate mogul Donald Trump is angry with Jewish rapper Mac Miller for using his name for a 2011 hit (the song is called Donald Trump, just by the way.)

“Little @MacMiller, you illegally used my name for your song “Donald Trump” which now has over 75 million hits,” reads one tweet.

“Little @MacMiller, I want the money not the plaque you gave me!” he wrote minutes after.

“Little @MacMiller, I’m now going to teach you a big boy lesson about lawsuits and finance. You ungrateful dog!” he continued.

“Little @MacMiller, I have more hair than you do and there’s a slight age difference,” he wrote a few hours later.

We’re not sure where the sudden crazed twitter attacks came from, seeing as its been quite some time since the song came out and Trump posted a video to the internet back then patting him on the back for all the hits on YouTube while.

After not responding to Trump for a day, Miller finally wrote back, tweeting, “i’m not trying to put any negative energy into the world. @realDonaldTrump, let’s be friends.”

Maybe the two will hold some sort of performance together?

And here is Trump’s 2011 video message to Miller. Why the sudden change of heart, Trump?