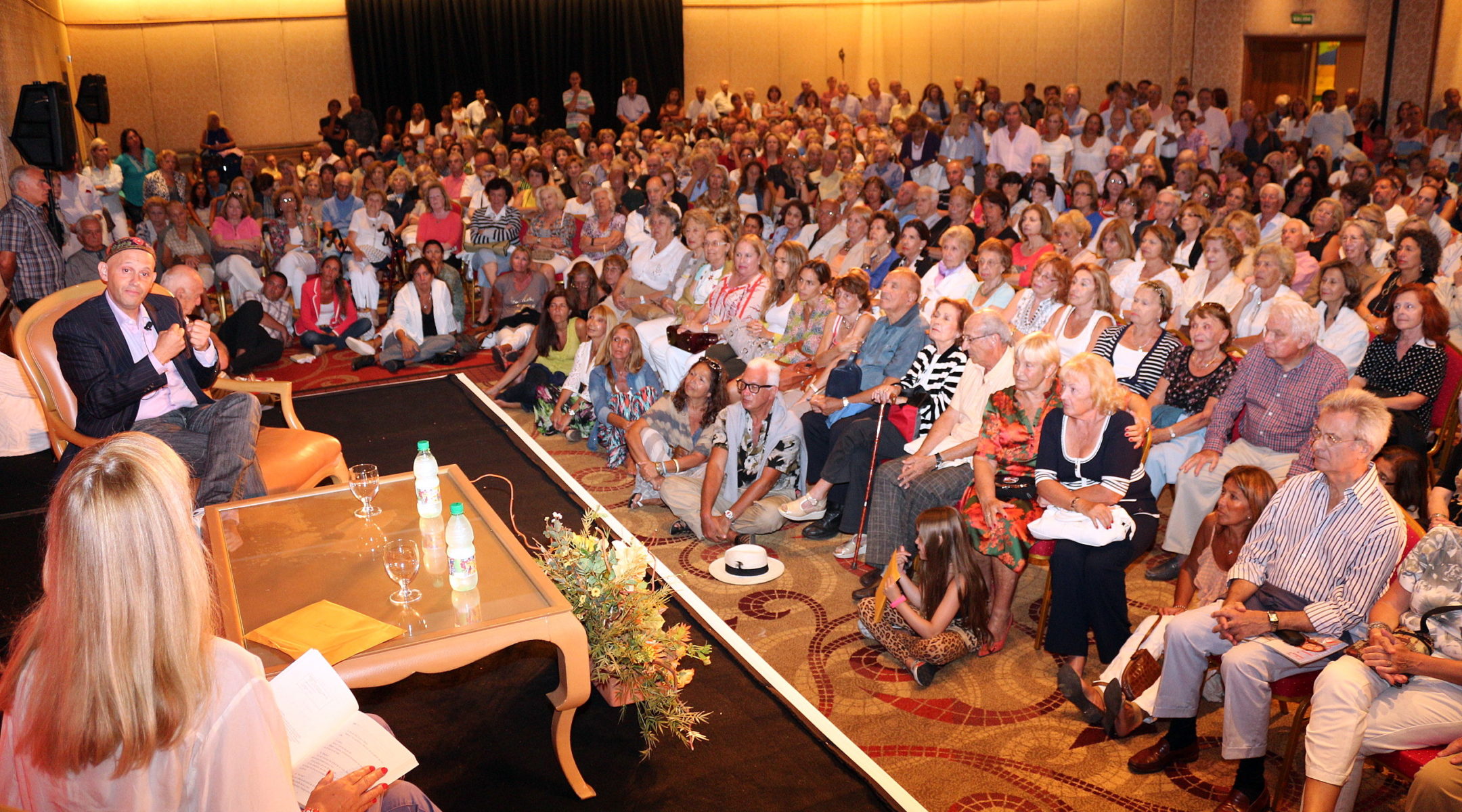 PUNTA DEL ESTE, Uruguay (JTA) — Known across South America as a beach oasis for the elite, and more recently as the site of Donald Trump’s first residential development on the continent, Punta del Este has long seduced visitors with its beaches and luxury accommodations.

“We love coming and meeting old and new Jewish friends, and we also love the beaches,” said Roberta Iavelberg of Sao Paulo, an employee of the Jewish Confederation of Brazil, or CONIB, the community’s main umbrella group.

Situated on Uruguay’s southern coast about two hours east of the capital Montevideo, the city has long drawn visitors for its pleasant weather and sandy white beaches. But for Latin American Jews, many of whom live with constant concerns about personal security, the city’s tranquility and safety are key parts of the city’s appeal.

According to the Global Peace Index 2012, which measures a country’s relative peacefulness, Uruguay ranks higher than Brazil and Argentina, home to the region’s largest Jewish community. With only one road into Punta del Este, it’s somewhat easier to control crime.

“Not in all cities of the region can [Jews] have a life as quiet as here,” said Monica Barrios Hernandez, coordinator of the tourism department. “There is a lot of peace, security. And the Orthodox Jews can dress in their customs both on the beach and to the temple, and nobody ever bothers them here.”

The Jewish presence in Punta del Este has grown dramatically in recent years, but it can be traced to Argentinian businessman Mauricio Litman, who created the Cantegrill Country Club here in 1950, followed a year later by the launch of the Punta del Este International Film Festival, which raised the city’s profile abroad. In 1959, Israeli Foreign Minister Golda Meir hosted a meeting in Punta del Este for Israeli ambassadors throughout Latin America.

In the 1960s, Jewish developers and architects began to build here. Weiss-Sztryk-Weiss, a Jewish construction firm, started in the 1970s. The Atijas family, also Jewish, split from Weiss and started its own firm. Both companies had a huge influence on the city’s development. In the 1980s and ’90s, middle-class Argentinians began vacationing here.

“The city is a profitable investment and many people from the Jewish community throughout the region who have great abilities to analyze different investment scenarios have opted for this city,” said Nestor Sztryk, the director of Weiss-Sztryk-Weiss, which is developing eight residential buildings in the city. “It is also a place that offers quality of life, quietness and freedom with which those in Argentina or Brazil who live with insecurity can enjoy here, without fear for their children and belongings.”

Punta del Este, which has a year-round population of just over 9,000, has four synagogues. Estimates of the Jewish influx during the summer range from 25,000 to 50,000 in a country with a population of 3.3 million, including approximately 17,000 Jews.

As the summer season began in early January, so did the cultural offerings targeting Jewish visitors. Despite the allure of a beautiful, sunny day, more than 650 chose to attend a discussion at the Conrad Hotel about challenges facing Israel. And a book launch for Sergio Bergman, the first rabbi to be elected to public office in Argentina, attracted 900 participants interested in his writings about kabbalah, or Jewish mysticism.

The Israel Philharmonic Orchestra performed on Jan. 18, and Israeli universities and philanthropies routinely organize events here. In February, the 10th annual Jewish Film Festival will open with support from Jewish groups from Argentina, Brazil and Chile, as well as the Uruguayan government.

“Jews always looked for liberty and here we have this,” said Wilson Tobal, 78, who owns high-end furniture stores here and in Buenos Aires. “More than that, high-class Jews from Brazil and Argentina have more security here, so they can relax, enjoy time with their kids on the streets without fear and celebrate their Judaism at local temples.

“In both Argentina and Brazil there are guards at the temples. Here we celebrate Shabbat ceremonies with open gates and nothing has ever happened.”

The first Chabad emissary arrived in Punta del Este in 1985. The Chasidic outreach group converted a mansion into a hostel, Yaacob House, where Israeli backpackers and local Jews can find accommodations for just $20 per night in a neighborhood where houses typically cost around $2 million.

“We also offer Shabbat services and meals for young people who spend their summer in villages in Punta del Diablo and Jose Ignacio,” said Rabbi Elieser Shemtov, referring to two beach towns further up the coast. “Tourism in Uruguay is expanding eastward and so is Chabad.”

With Argentina’s financial crisis of the late 1990s, many middle-class Jews left for Europe and the United States. Some, however, came here, for more economic and physical security.

One was Yael Cohen, who emigrated with her husband after they were kidnapped and assaulted by thieves. She sold her pharmacy in Buenos Aires and bought another in Punta del Este, where she now resides.

“We saw crimes on TV, and when it happened to us we decided to look for a more quiet life,” Cohen told JTA. “Here we are calm and happy.”

Last year, architect Daniel Weiss became the first president of Cantergril, the country club started by Litman, when he was elected to a two-year term. In late January, in the latest sign of the Jewish imprint here, Argentinian Samuel Liberman announced he was building a $600 million hotel and shopping center — a sum six times as much as the complex being planned by Trump.

The Jewish institutional presence has grown, too, as it has elsewhere in Latin America in recent years. The Comunidad Israelita de Punta del Este, or CIPEMU, was created in 2005 and now counts 800 members. A new school, Nefesh, was launched last year. And a yeshiva is being planned with support from Jewish families from Argentina and Brazil.

“I’m very moved right now,” said Johanna Cohen, an Argentinian who was walking to Friday night services recently with her two daughters, “walking on this costal street going to the temple with all these people who share history and values.”