In Hollywood, looking to Persian Jews for Purim costume inspiration 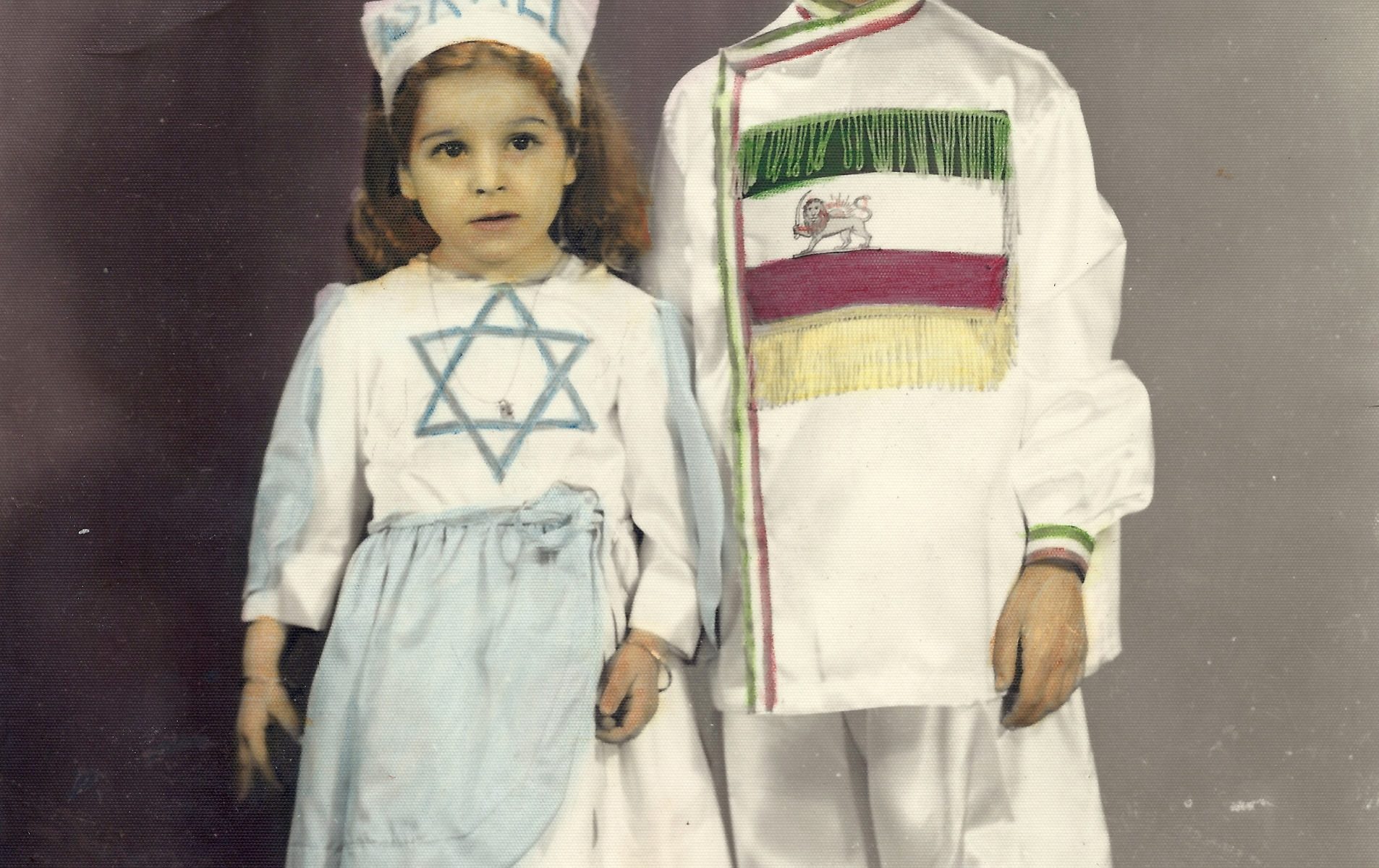 David and Leora Nissan in Purim costumes, illustrating the dual identity of Jews in Iran, in Tehran, 1964. (Courtesy of David Nissan)
Advertisement

LOS ANGELES (JTA) — With Purim this year falling on the same weekend as the Academy Awards ceremony, I found myself wondering how best to get my once-a-year portrayal of a Purim character up to award-winning quality.

My standard getup — fake beard, “Persian-style” bathrobe and slippers — is looking kind of tired. Not that I expect an Oscar for my Mordechai. But for my star to rise, do I really need to go all Hollywood, with rental costume, make-up and other assorted shtick to get into character?

After thinking about the holiday and examining my adult relationship with it, I realized that while some of my ideas about Judaism have changed since adolescence — I now actually see some value in fasting — when it comes to Purim, I am still a child actor stuck in dress-up mode. Here is a holiday about revealing one’s Jewish identity, and I am stuck in the costume department of Jewish life.

To prep me for my up-and-coming role, I visited a show about the history of the Jews in Iran at the Fowler Museum at UCLA, organized by Beit Hatfutsot: The Musuem of the Jewish People in Tel Aviv. As I took in the show of beautiful parchments, fine fabrics and exotic music, I could see this was a Jewish population for whom the story of Esther was not just a once-a-year munch of hamantaschen and turn of the grogger (noisemaker). Through various dynasties and political upheavals, the story of Purim and its drama of the struggle for Jewish identity and survival was the story of their existence.

According to the wall text accompanying the show, Purim “had great significance for Persian Jews, who faced persecution and periods where they had to endure forced conversions or otherwise conceal their religion.” In Mashhad, Iran’s second-largest city, crypto-Jews were forced to convert to Islam but secretly continued to practice as Jews. Their ritual objects demonstrate their need to conceal their identity: books of Jewish study bound into pamphlets so that they resembled chapters of the Koran; a paper synagogue lamp that, if the need arose, could collapse like a Chinese lantern and fold down into a copper box.

After seeing the show, I spoke with Nahid Pirnazar, a professor of Iranian-Jewish history and Judeo-Persian literature at UCLA. At the show’s opening, Pirnazar, who grew up in Tehran and moved to the United States in the 1970s, gave a lecture on how Iranian Jews have influenced and been influenced by Iranian culture and identity.

“Purim is a celebration of their dual identity,” Pirnazar said.

That’s a far cry from my California take on the holiday, which amounted to little more than, “Oh today will merry merry be.”

I was curious how the holiday was celebrated in Iran. Pirnazar said that while Persian Jews send gifts to one another, costumes were seldom seen, except for students in western-oriented Jewish schools. And no hamantaschen.

“I didn’t know about hamantaschen until I moved here,” she said. “We have sugar cookies and eat a sweet dish called Persian halva,” a buttery dessert flavored with rose water and saffron and sprinkled with slivered pistachios.

She called my attention to a book mentioned in the show from the 14th century, an epic called “Ardashir-nama,” which characterizes the duality of being both Persian and Jewish. Written by the Iranian Jewish poet Shahin, the book replaces King Ahasuerus with the figure of Ardashir, a ruler from the Acheamid Dynasty, 559-331 BCE.

“It is a mixture of Judaic traditions and Iranian history written in Persian language and Hebrew characters,” Pirnazar explained.

In the show, I could see that Persian Jews saw the people in the megillah stepping out of history and into their own lives. Especially on Purim, Jews made pilgrimages to the Iranian city of Hamadan, to the tombs of Mordechai and Esther, to make “special requests and fulfill vows.” Also on display in the show was a small round amulet, probably worn on a chain engraved in Hebrew with Esther’s name along with those of the matriarchs. Esther, as described in the book that bears her name, risked her life to save her people and was a powerful enough figure to ask for protection.

According to Pirnazar, Iranian Jews took pride in the Persian identities of Esther and Mordechai. “Mordechai was the righteous, wise uncle,” she said, at last giving me a clue about how to play my character.

For Purim, I realized, I could play the wise uncle without the bathrobe and beard. In the megillah of my family, I have had a few wise uncles from whom I could draw inspiration, as well as female family members who had mastered the dual life in America and didn’t need an Oscar for it. I even could pull this off without using props.

Though making an appearance with a plate of sweets couldn’t hurt.