Seeking Kin: From Down Under, a gaze toward the Old Country 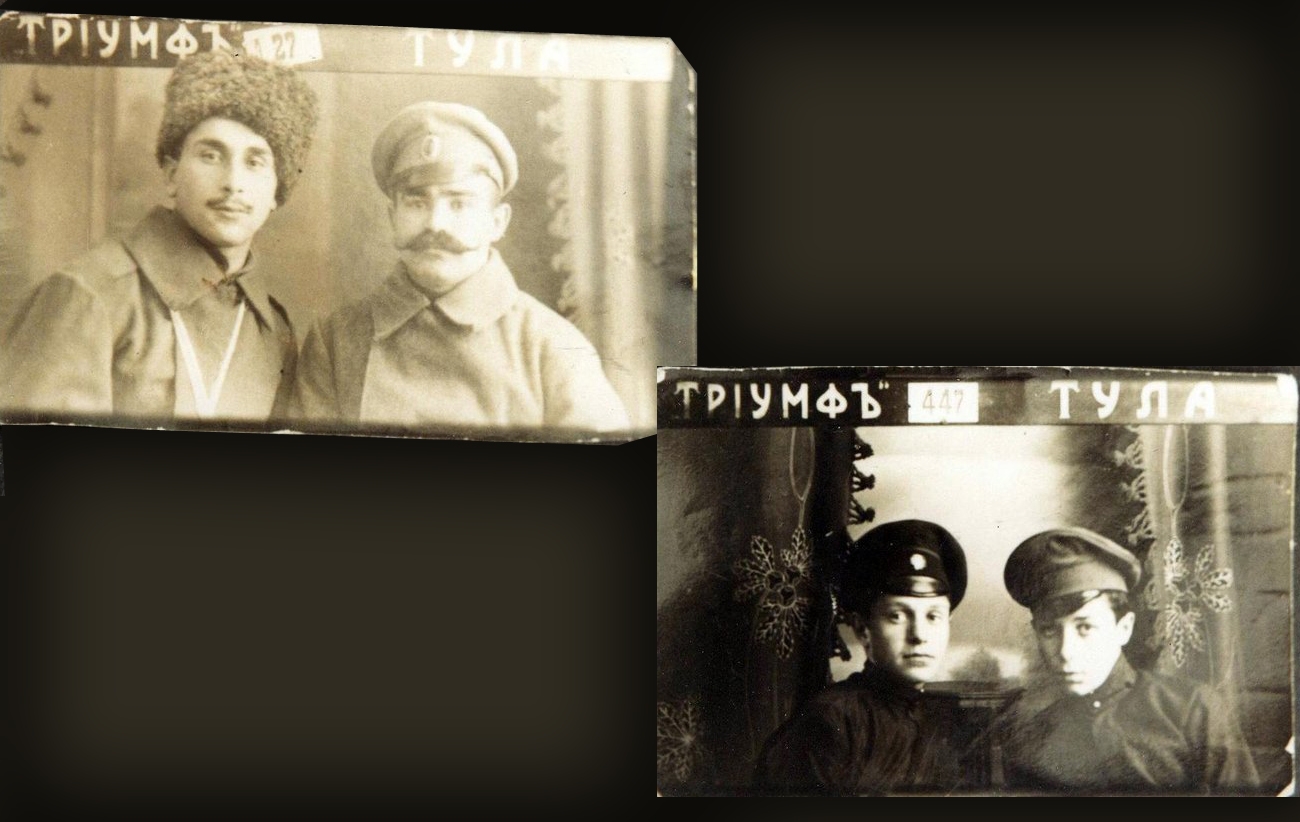 Naomi Bloch believes the photos seen here may show some members of the Rosenberg branch of her family. The writing at the top right reads "Tula," where Rosenbergs lived; "triumph" appears on the left. (Courtesy Naomi Bloch)
Advertisement 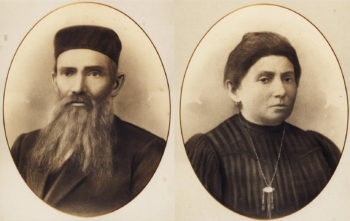 BALTIMORE (JTA) – Several “Seeking Kin” columns have presented people’s searches for descendants of relatives who emigrated from Eastern Europe to the United States. Now comes Naomi Bloch of Melbourne, Australia, with a search involving a twist: She hopes to find cousins who remained in the Old Country.

Early in World War I, Russia expelled communities of Lithuanian Jews after fabricating charges that they were spying for and otherwise aiding German invasion forces in the region. Siauliai, the northern Lithuania city from where Bloch’s ancestors hail, was among the affected communities.

Avrom Leizer Rosenberg, also known as Abrasha Solomovitch, was then living in Tula, a Russian city south of Moscow. Rosenberg was the half-brother of Bloch’s grandmother, Yetta. His wife, Masha, was a Tula native who came from a wealthy family. The home in which the Rosenbergs and their five children lived featured a grand piano in one salon and an upright piano in another.

When the expulsion order was issued, three generations of Bloch’s family left Siauliai (in Yiddish, Shavel) on the long eastward journey to Tula. The group included Bloch’s grandparents, Yetta and Joseph Seltz, and their children, Chaya (Bloch’s mother) and Hillel; Yetta’s half-sister, Chaitsa Slomovitch, a widow, and her three children, Rafael, Shlomo and Itola; and another half-sister of Yetta, Hindl Kupovitch, and her six children, who later would be known as Morris, Boris, Lily, Bertha, Mindl and Ellis.

Hindl’s husband, Joseph, was a mohel who had emigrated to Johannesburg, South Africa, and was saving to bring over his family when war broke out and the expulsion occurred. The family matriarch, Esther-Temma Rosenberg, who was Yetta’s mother and stepmother to the others, made the trip to Tula, too; her husband, Shlomo Rosenberg, had died by then. (Yet another half-sister, Bryna, had already left for the United States, and the whereabouts of  her descendants are known to Bloch.)

Research conducted by St. Petersburg Jewish University researcher Anatoli Chayesh and appearing on LitvakSIG.org — a Lithuania-centric genealogy organization, or “special-interest group” — states that Russia issued the expulsion order in spring 1915 to the governing administration of the Kaunas region.

“According to the orders of the Army Command, all Jews must be expelled who are living west of the line [linking] Kaunas, Vilkomir (Ukmerge), Rogovo (Raguva), Panevezys, Pasvalys, Salata (Salociai), Bauska. The aforementioned places must be cleared of Jews,” it read.

The Seltzes, Slomovitches and Kupovitches stayed in Tula approximately four years. They returned to Siauliai, then departed for South Africa; the Seltzes and Slumovitches settled in Cape Town. Yetta Seltz taught dressmaking there – she’d learned the skill at the ORT school in Siauliai – but “never told me much” about the Tula period, said Bloch, who grew up in South Africa and in 1987 moved to Australia to join the two brothers of her husband, Jack.

Bloch remembers hearing that once in South Africa, her grandfather sold eggs after having peddled sweets in Tula. His marriage to Yetta was arranged. Yetta previously had fallen in love with her Hebrew tutor and a poet, whose first name was Nyoma. Her parents disapproved of Nyoma because he had tuberculosis; Hindl interceded on her sister’s behalf in an unsuccessful bid to melt their parents’ opposition. Bloch believes that she was named for her grandmother’s old flame.

A retired librarian who now volunteers at the Kadima library of Yiddish books, Bloch hopes to learn what became of her relatives from Tula. She knows that correspondence with Avrom Leizer Rosenberg continued after World War I and is unsure why, how and when the contact ceased.

Speaking from his home in California, her cousin, Daniel Seltz, said he has learned the names of two of the five Rosenberg children: Ida and Shmuel. One of his South African relatives, he said, even located Shmuel Rosenberg after World War II and corresponded for a while.

That’s when the trail ended for good.

Tula’s Jewish community escaped annihilation during the Holocaust because the Russians held the city. According to the Washington-based NCSJ:  Advocates on behalf of Jews in Russia, Ukraine, the Baltic States and Eurasia, some 3,000 Jews live in Tula today and a Jewish community center was dedicated in 2004.

“There are many children and a very active community” in Tula, said Lesley Weiss, an NCSJ official who last visited the city five years ago.

Bloch approached “Seeking Kin” for assistance in locating the Rosenbergs of Tula after reading in The Australian Jewish News of the column’s success in December in finding an Israeli woman’s long-lost cousins, now living in Tulsa, Okla.

“I like being in contact with my relatives,” Bloch said from her den during a Skype interview last week, the Australian summer’s heat leading her to step away momentarily to increase the speed of her ceiling fan. She directed the video camera to the wall, where framed photographs showed her grandmother and her great-grandparents. Another frame held the 1928 class photograph from Siauliai’s Ivri Gymnasium, which her mother attended.

By researching online, she’s already located Rosenbergs in Philadelphia and Boston who are descended from Moshe Rosenberg, who was either a brother or cousin of Shlomo Rosenberg.

“I’d like to know what happened to Avrom Leizer’s family” – and if they are alive, to know “that they are respectable and nice people,” she said.

Bloch wants to pass on the family’s history to her sons, Joel and Danny, and her three grandchildren. They aren’t very interested in genealogy, Bloch said, “but eventually somebody will be.”

(Please email Hillel Kuttler at seekingkin@jta.org if you know the whereabouts of Avrom Leizer Rosenberg’s descendants. If you would like “Seeking Kin” to write about your search for long-lost relatives and friends, please include the principal facts and your contact information in a brief email. “Seeking Kin” is sponsored by Bryna Shuchat and Joshua Landes and family in loving memory of their mother and grandmother, Miriam Shuchat, a lifelong uniter of the Jewish people.)