Jews, blacks, women, domestic violence victims — even presidential targets of gun violence — didn’t escape mockery in Seth MacFarlane’s debut as host of the Oscars this week. But it was his joking about Jewish influence in Hollywood that generated much discussion about the limits of ethnic humor and prompted the Anti-Defamation League and the Simon Wiesenthal Center to condemn the “Family Guy” creator for crossing the line. Which isn’t to say that it’s impossible to make a Jewish joke at the Oscars, but it’s unlikely MacFarlane is going to take another shot. Asked if he would take a repeat turn as Oscars host, MacFarlane tweeted: Never again.

Following her discharge from the Israeli army, Yityish Aynaw worked as a saleswoman at a clothing store. Chances are, she’s never going to have to do that again. On Wednesday, a panel of judges named Aynaw the first black winner of the Miss Israel competition entitling her to compete for the title of Miss World in September in Indonesia. Aynaw, who came with her family from Ethiopia at age 12, cited Martin Luther King, Jr. as one of her heroes.

Earlier this month, State Assemblyman Dov Hikind wondered who designer John Galliano was “mocking” with his faux-hasidic getup during New York Fashion Week. This week, it was Hikind’s turn to catch flak for his outfit after a photograph surfaced of the Brooklyn politician dressed in blackface as part of his Purim costume. Condemnation was swift and virtually universal, as was the mockery. Hikind initially said the criticism was “political correctness to the absurd.” But as the pressure mounted, so did Hikind’s contrition. “I’m sorry people were offended,” Hikind said Monday. “In hindsight, I should have picked something else. It never crossed my mind for a split second that I was doing something wrong.”Dan 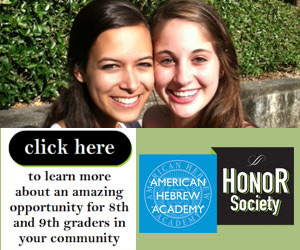 Sheryl Sandberg leans into a blacklash

Sheryl Sandberg is Facebook’s chief operating officer and one of the most successful businesswomen in the United States. She’s also at the epicenter of a minor storm this week after initial reviews of her forthcoming book, “Lean In: Women, Work, and the Will to Lead,” criticized her for failing to recognize the struggles of typical working women. Sandberg’s book aims to help women be more successful in the workplace and to create a movement to help them do so. But it remains to be seen whether the advice of a self-made multi-millionaire with two Harvard degrees — among her recommendations: women should work harder and be more assertive — will achieve its intended result or get buried in the blowback.

Last week, Arafat Jaradat was arrested in a Palestinian village in the West Bank. Within days, he was dead — of cardiac arrest, according to Israel; from torture, according to many Palestinians, who cite the results of an autopsy as proof. Either way, Jaradat’s death has provoked such extensive rioting that some in Israel are beginning to warn of a third Palestinian Intifada. For the first time in months, a rocket fell in southern Israel this week, retaliation for Jaradat’s death according to the al-Aksa Martyrs’ Brigade, which claimed responsibility.