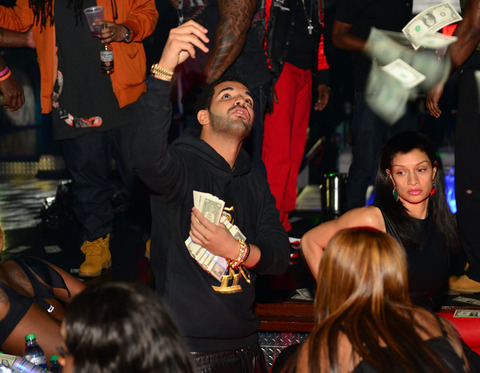 Umm, this is a bit excessive.

Jewish Canadian hip hop artist Drake appeared at a strip club in Charlotte, NC over the weekend, and made it rain- literally- with cash.

He showed up with a cardboard box filled with bricks of cash, and tossed some $50,000 worth of singles at the dancers, according to TMZ. Pal rapper Bleu Davinci allegedly chipped in to the night’s fun with $25,000.

We’re not sure where the spontaneous generosity is coming from, but maybe this is Drake’s way of mourning Rihanna’s recent PDA with Chris Brown? Or maybe he’s really mad Steven Spielberg was snubbed at the Oscars and decided to unleash through Benjamins. We’ll never know. 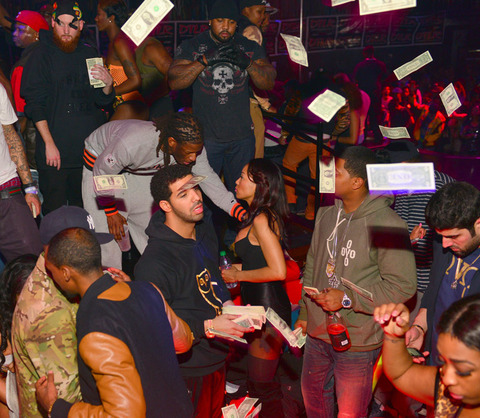 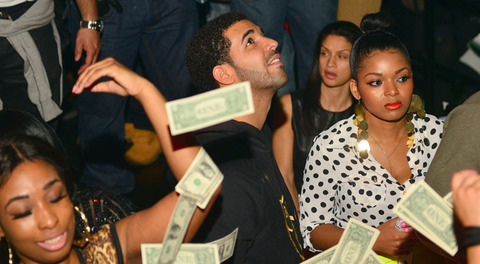 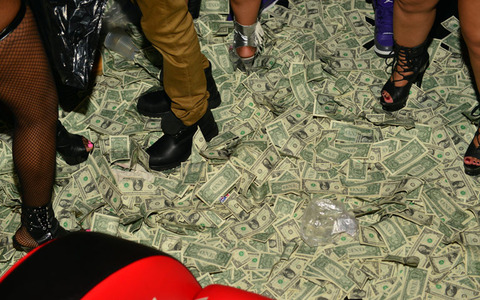 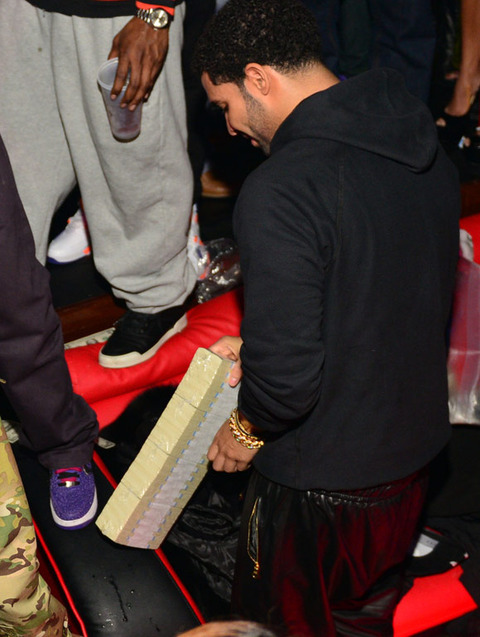 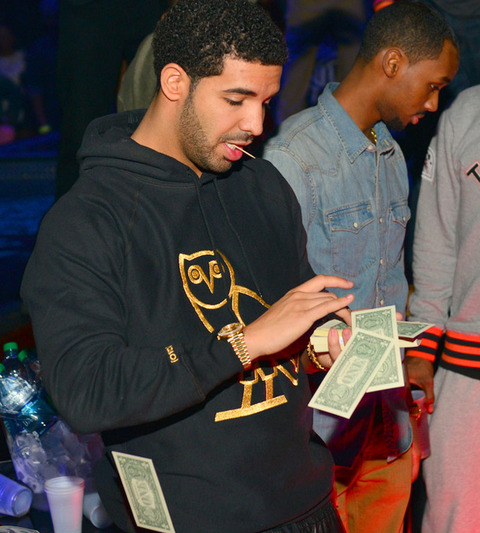