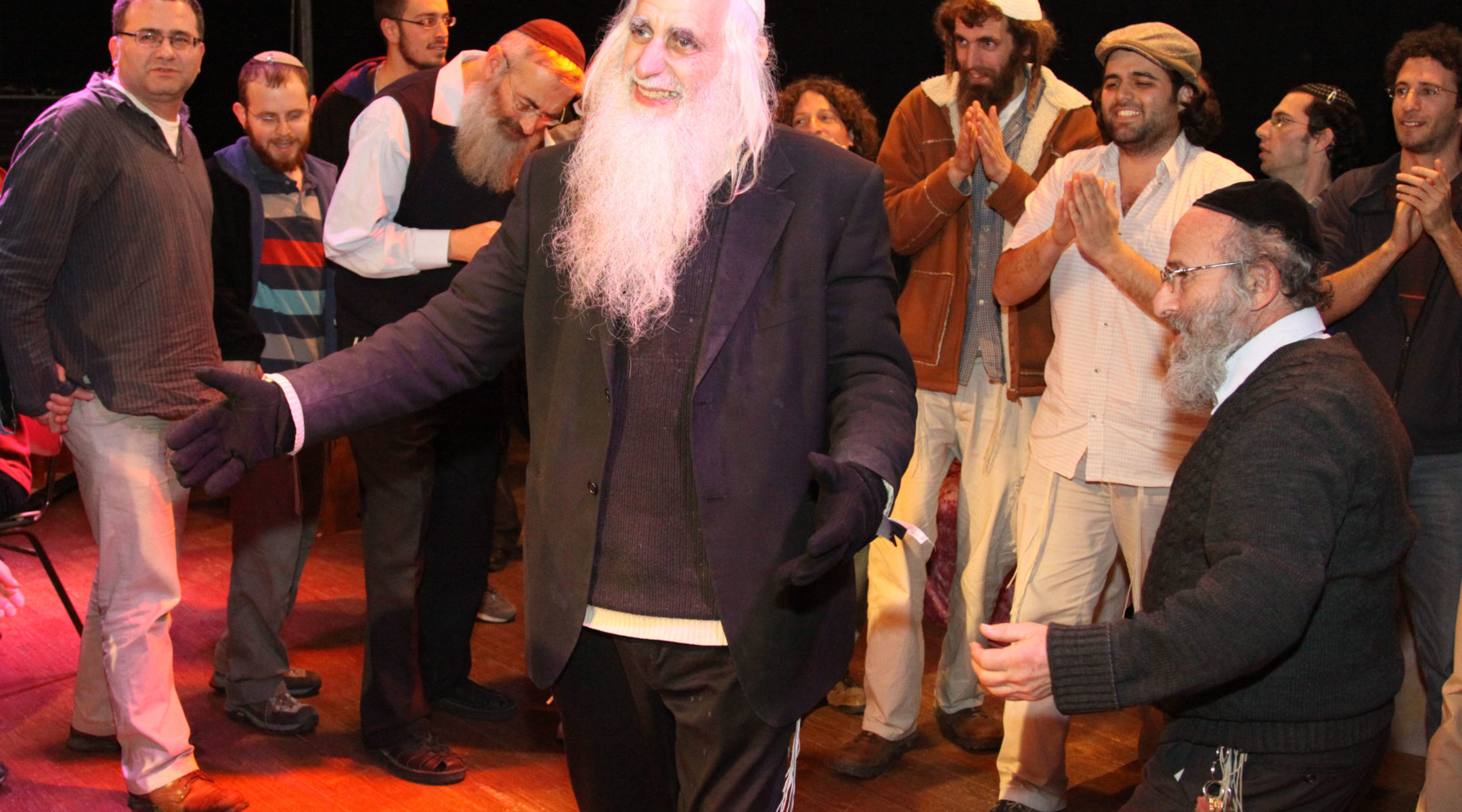 Rabbi Menachem Froman, who died at the age of 68 on March 4, 2013, shown here surrounded by friends at a party organized for him on Feb. 7, 2011. (Gershon Elinson/Flash90)
Advertisement

Froman served as the chief rabbi of Tekoa, a West Bank settlement community south of Bethlehem. He died Monday following a battle with cancer. He was 68.

Froman was a unique figure in the West Bank for facilitating peace initiatives with Palestinian leaders, including members of Hamas, despite being a supporter of the settlement movement. He visited vandalized mosques in the West Bank and attempted peace talks between Israelis and Palestinian movements.

Established in 1974, Gush Emunim is a national-religious movement that called for settlement of the West Bank, Gaza and the Golan Heights to assert Israeli sovereignty.

“My father took off his clothing of light and put on clothing of light,” Froman’s son Yehoyashiv, one of his 10 children, said in a statement Monday night, according to the Times of Israel. “He came in peace and went in peace.”

Froman, who was born in prestate Israel in 1945, was a member of the paratroop unit that helped liberate Jerusalem in 1967.

He received his rabbinical training and ordination from the late Israeli Chief Rabbi Shlomo Goren and taught over the years at several yeshivas, including Mercaz Harav and Yeshivat Hakotel.