‘Jewish Jocks’ — plenty of Jews, not enough jocks (What would Howard Cosell say?) 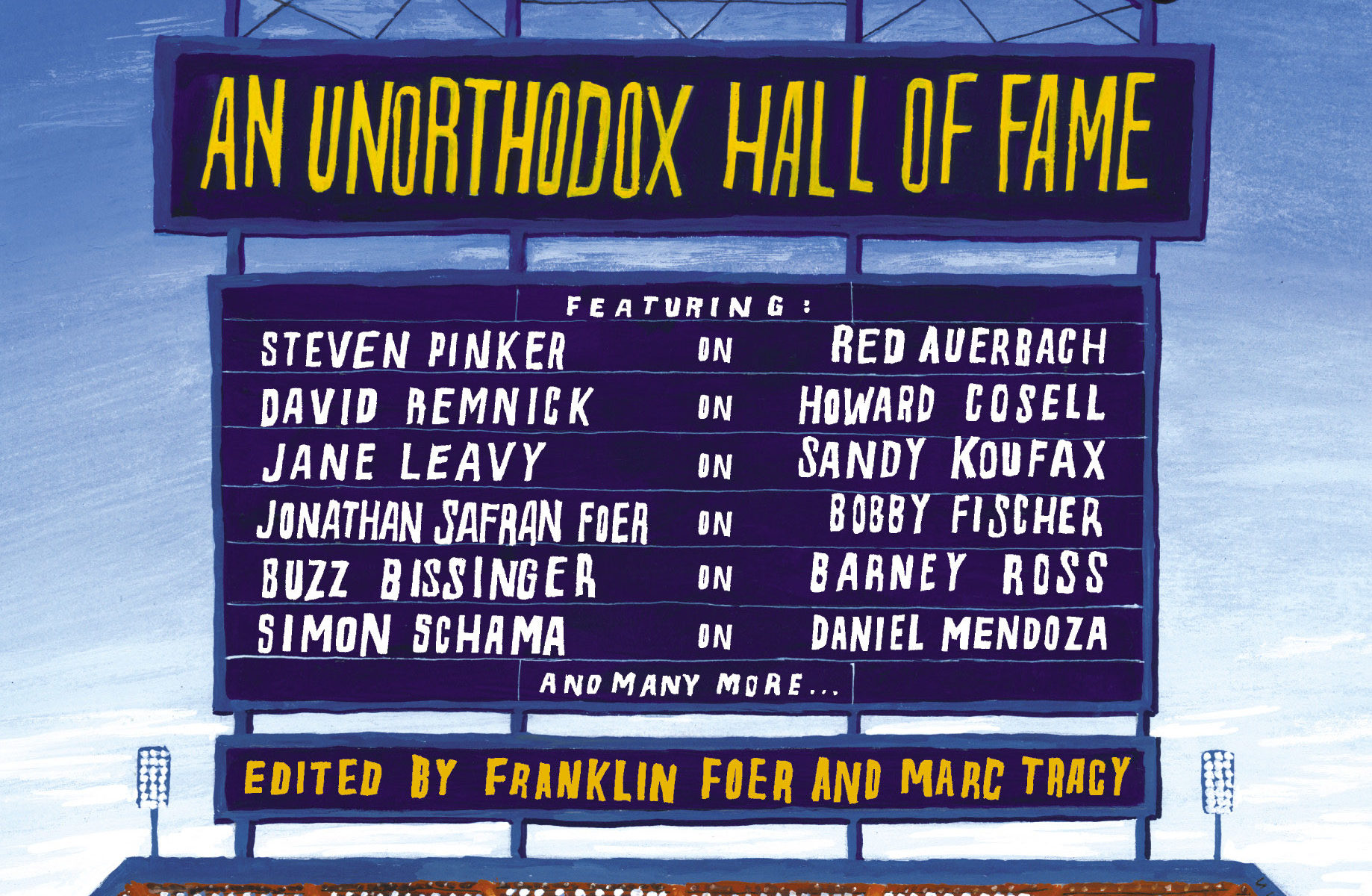 NEW YORK (JTA) — Near the end of 2012, during the showdown over the fiscal cliff, The New York Times published a profile of Bernie Sanders and his fight to keep Social Security benefit cuts out of any budget deal.

The article described Sanders as an unlikely member of the world’s most exclusive club (aka the U.S. Senate), citing several details: He’s the brusque son of an immigrant father; he has a thick Brooklyn accent; he is a self-described socialist who carries around the key chain from the early 20th century presidential campaign of Eugene V. Debs; and he once led a sit-in back in 1962 at the University of Chicago to protest discriminatory housing policies.

One thing the article didn’t mention was that Sanders is Jewish. Perhaps it was implied (have you ever met a non-Jew fitting even half of that description?). Or perhaps the newspaper thought his being Jewish just wasn’t worth a mention (after all, the Senate has more than a minyan of Jews).

But the New York Yankees tapping a Jewish slugger to play third base — now that’s news fit to the print. Just a day before publishing its no-direct-mention-of-his-Jewishness profile of Sanders, the Times devoted a full page and multiple articles in the sports section to the signing of Kevin Youkilis (the family name was changed several generations back, from Weiner).

So it’s not just Jewish media and a few Jewish sports obsessives who think an athletically gifted Member of the Tribe is a big deal. If the Semitic roots of one fading slugger attracts such treatment in the Times, how much ink do the rest of the Jewish athletes out there deserve?

Enough to fill an entire book, according to Franklin Foer and Marc Tracy, editors of the anthology “Jewish Jocks: An Unorthodox Hall of Fame” (Twelve 2012).

I hated this book. Not in the way one hates a bad book. More like the way I, as a Philadelphia sports nut, grew up hating the Boston Celtics and the Dallas Cowboys. You only boo the great teams; the cellar dwellers aren’t worth the effort.

As far as Jewish sports books go — yes, there’s enough of them to constitute a genre — this is a great one. It features plenty of great writers and great writing.

Then why heckle “Jewish Jocks”?

Because this anthology has so much trouble staying on topic. Yes, the subtitle of the book is “an unorthodox hall of fame.” So I welcomed the essays on all-time greats in areas of competition that many people would not think of as sports — ping-pong champ Marty Reisman; world-class fencer Helen Mayer; professional wrestler Bill Goldberg; ultimate Frisbee player/pioneer Joel Silver; handball great Jimmy Jacobs; bullfighting legend Sidney Franklin; martial arts expert  Harvey “Sifu” Sober; enigmatic chess grandmaster Bobby Fischer; and competitive eater Don Lerman. And in the spirit of the big tent, I’m also embracing the essays on mediocre players worth remembering  — like Mose Solomon, who the New York Giants and their legendary manager John McGraw had hoped to turn into the Jewish Babe Ruth.

Jeez, I’m even holding my objection (and my nose) at the inclusion of Corey Pavin, the greatest Messianic Jewish golfer of all time.

In some cases, their sports might not be sports. Or their talent might not be so great. Or their Jewish bona fides not so Jewish. But at least they’ve all put on the uniform — or in Lerman’s case, the bib — and competed.

Unfortunately, Foer, the editor of The New Republic, and Tracy, formerly a writer-blogger at Tablet and now a member of Foer’s TNR staff, don’t stop there when it comes to stretching the definition of Jewish jocks.

Worst of all is the decision to include the first public editor of The New York Times, Daniel Okrent, for creating Rotisserie baseball. So what we have now is a book that purports to celebrate Jewish jockdom but somehow confuses poring over stats on a computer with hitting home runs, knocking down jump shots and scoring touchdowns in real-life games.

How do you include Theo Epstein, for using his perch as general manager of the Boston Red Sox to embrace an increasingly stats-driven system of player evaluation, but not Youkilis — the embodiment of the revolutionary approach, whose efficiency at the plate helped Boston end its legendary World Series schneid and whose fielding inspired the greatest anti-Mel Gibson rant of all time (courtesy of Red Sox diehard and standup comic Dennis Leary).

All these non-jocks, but no room for Lenny Krayzelburg, who a year after winning gold at the Olympics in 2000, skipped the World Championships to compete in the Maccabiah Games?

What about Ryan Braun? OK, he may have juiced, but he also won the National League MVP in 2011. Or hoopster Jordan Farmar, whose multiracial background reflects the changing makeup of the Jewish community (not to mention his having led UCLA to the Final Four, winning back-to-back NBA titles with the L.A. Lakers and playing for Tel Aviv Maccabi in 2011)? Or Farmar’s teammate in Israel, Jon Scheyer, who played a lead role in helping Duke win the NCAA title in 2010?

Foer and Tracy insist they’re just cracking  a “Jewish joke” by reserving slots in their pantheon for non-jocks, with the punchline seeming to be: What do you expect from two journalists (presumably with no game) who went to the same progressive Jewish day school (with no football team)?

“It would be as absurd to ask us to enjoy sports without engaging our Jewishness as it would be to ask us to live our lives without engaging our love of sports,” the duo writes. “So we have gone ahead and made Howard Cosell a Jewish Jock. If you want to blast that out of the park, be warned: it’s our curveball, the only kind we know how to throw — in part because when we were kids, we never did learn the traditional kind.”

Talk about a hanging curve. The joke is on them: Cosell hated the idea of ex-jocks serving as broadcast analysts. And presumably he’d give Foer and Tracy a Cosell-style talking-to about applying the jock label to a man of such intelligence and erudition.

By blurring the lines, Foer and Tracy end up contributing to the perpetuation of a mass Jewish psychosis — that we are fated to stink at sports. And that’s too bad. First, because the book is a great read, with compelling and creative takes on well-known stars and folks you’ve never heard of. But, more importantly, because a people that can lay claim to all-time greats like Sandy Koufax and Mark Spitz has no business suffering from a sports inadequacy complex.