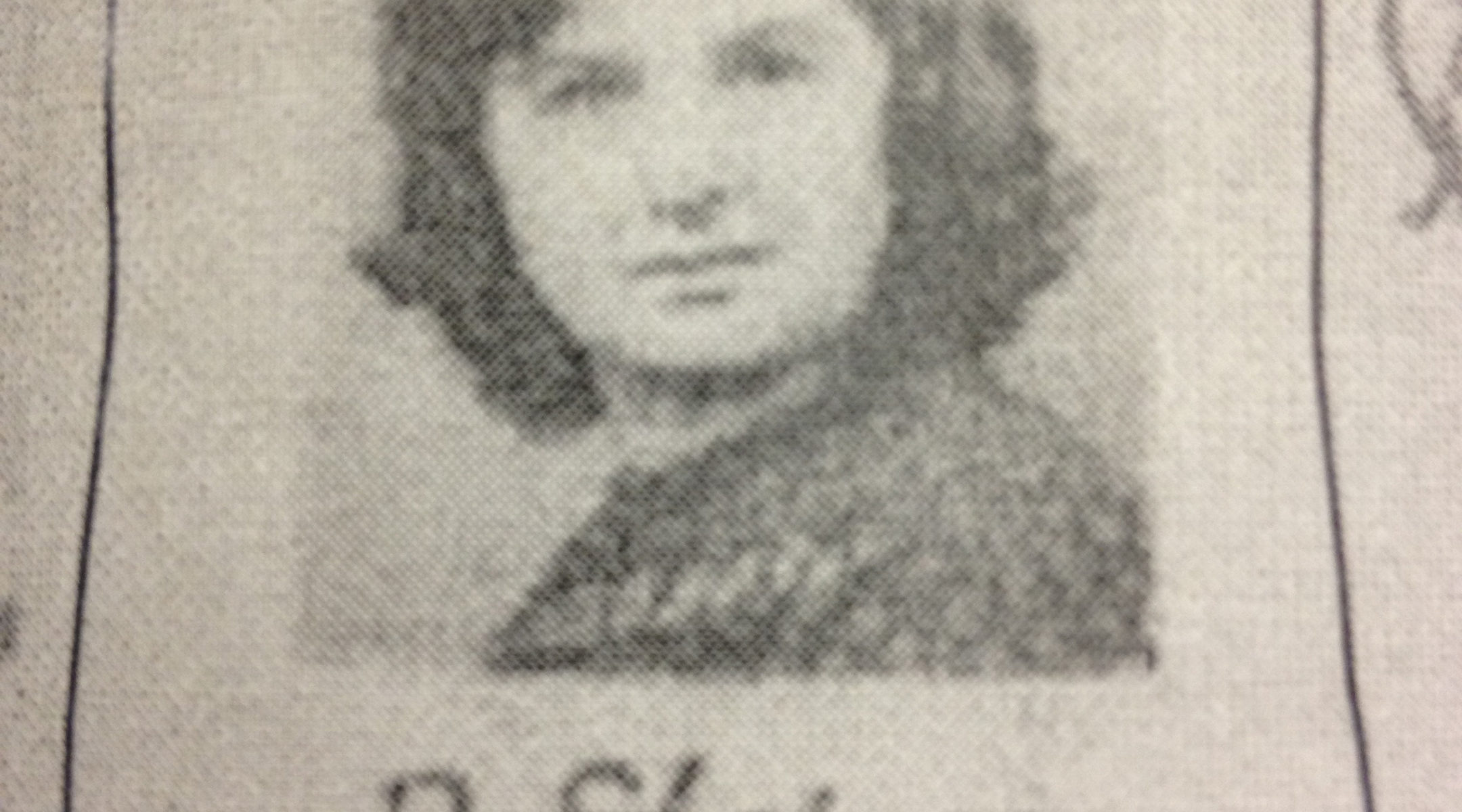 Rozanne Dittersdorf hopes that these contemporary photographs of her childhood home, left, and of her friendâ€™s will help her find Phyllis Garfunkel (or Garfinkle), a Holocaust survivor whom she knew in the late 1940s in New Jersey. (Courtesy Rozanne Dittersdorf)

BALTIMORE (JTA) – Recalling her childhood friendship with the girl across the street fills Rozanne Dittersdorf with immense sadness but also deep gratitude.

Now 78 and living in Great Neck, N.Y., Dittersdorf hopes to find her friend, whose name was Phyllis Garfunkel (or Garfinkle) when they lived during the late 1940s on Montgomery Street in Highland Park, N.J.

Dittersdorf resided with her older brother, Arthur, and their parents, Jacob and Lillian Streger, at No. 329. Garfunkel lived directly across the street — possibly on the top floor of a two-family house — with her childless aunt and uncle, Louis and Esther Glassman. Garfunkel’s uncle owned a leather company, Excel, in nearby New Brunswick.

In about 1946, the couple had brought Garfunkel from Poland after she survived the Holocaust, which killed the rest of her family except the girl’s older sister. The sister was recuperating in California when Garfunkel and Dittersdorf were friends; she would marry the doctor who treated her.

Dittersdorf and Garfunkel, whose given name was Faige, attended the Hamilton School and were in the same classes. They also went to the movies together.

One experience stands out above all in Dittersdorf’s memory. She was 11 and in Garfunkel’s bedroom.

“She said to me, ‘You know, Rozanne, my mother — they made a selection and my mother started screaming for me, and a German soldier shot her in the head,’ ” Dittersdorf recalled.

“I buried that in my brain so many years. I’m obsessed with the Holocaust. I read everything about it. That [experience] made such an impression on me. I could never understand how anybody could do something so cruel. She started crying and buried her head in the pillow, and her aunt came in and said, ‘Don’t talk about it anymore.’

What happened in the room that day “is seared in my brain,” Dittersdorf said. “The story she told and the sadness in her made me feel that this girl went through the most horrific period. Why I carried this story through my life, I don’t know.”

Not coincidentally, she said, the experience led her to live a thoroughly Jewish life.

Dittersdorf’s parents had slowly abandoned Orthodoxy as they worked harder and longer hours at the beverage plant they owned, Hadkins Bottling Company on Suydam Street in New Brunswick. They belonged to the Highland Park Conservative Temple but rarely attended services. The butcher shops and kosher food markets of the Brooklyn neighborhood they’d left were absent in Highland Park, where few Jews lived at the time.

Now the town is a center of Modern Orthodox life, but Dittersdorf remembers just a handful of Jewish families as neighbors on her street in the late 1940s: the Gopins, who lived next door to Garfunkel, had a boy named Teddy; next to the Stregers lived a Sephardi family with daughters named Rozzie and Dorothy; and the Schreibers, two houses away, had a daughter, Geraldine.

Dittersdorf would marry an Orthodox man, happily agreeing to his requirement that they maintain a Sabbath- and kosher-observant home. When her husband, Herbert, died 40 years ago, Dittersdorf continued raising their three sons in an Orthodox environment.

All of it, she said, was sparked by knowing Garfunkel, even though it was only for three-plus years. With their business prospering, Dittersdorf’s parents moved the family to a larger house in Highland Park. Around that time, Garfunkel left the street, too – to join her sister in California, Dittersdorf thinks.

“I had a mission in my life. It was to keep my Jewish identity. I really believe it was because of the link to Phyllis,” Dittersdorf said. “It didn’t come because I was raised that way.”

Reflecting on her life and the turning point that occurred at age 11 has made Dittersdorf eager to see Garfunkel. She does not have a photograph of her friend, but clearly pictures Garfunkel as a pretty girl with dark hair and fair skin, but someone “very foreboding” and unhappy.

Even without intending to, her friend Phyllis – she preferred Faige, actually – made a “very, very lasting impression on me,” Dittersdorf said. That’s something she wants to tell Garfunkel face to face.

“She made me feel stronger about my Jewish identity. If it is meant to be, I want to say, ‘Thank you for making me a strong Jew,’ ” she said.

Dittersdorf has searched U.S. Census records and town directories for any trace of her childhood friend. She called the Los Angeles-based Shoah Foundation, where someone suggested she contact “Seeking Kin,” because the column has helped reunite several Holocaust survivors with long-lost relatives.

“I wanted to make this girl smile, and I couldn’t make her smile,” Dittersdorf said. “It was her war experiences, of course, but also she was unhappy about being with her aunt and uncle.”

“I hope she found happiness over these years and created a family of her own.”

(Please email Hillel Kuttler at seekingkin@jta.org if you know the whereabouts of Phyllis Garfunkel/Garfinkle. If you would like “Seeking Kin” to write about your search for long-lost relatives and friends, please include the principal facts and your contact information in a brief email. “Seeking Kin” is sponsored by Bryna Shuchat and Joshua Landes and family in loving memory of their mother and grandmother, Miriam Shuchat, a lifelong uniter of the Jewish people.)