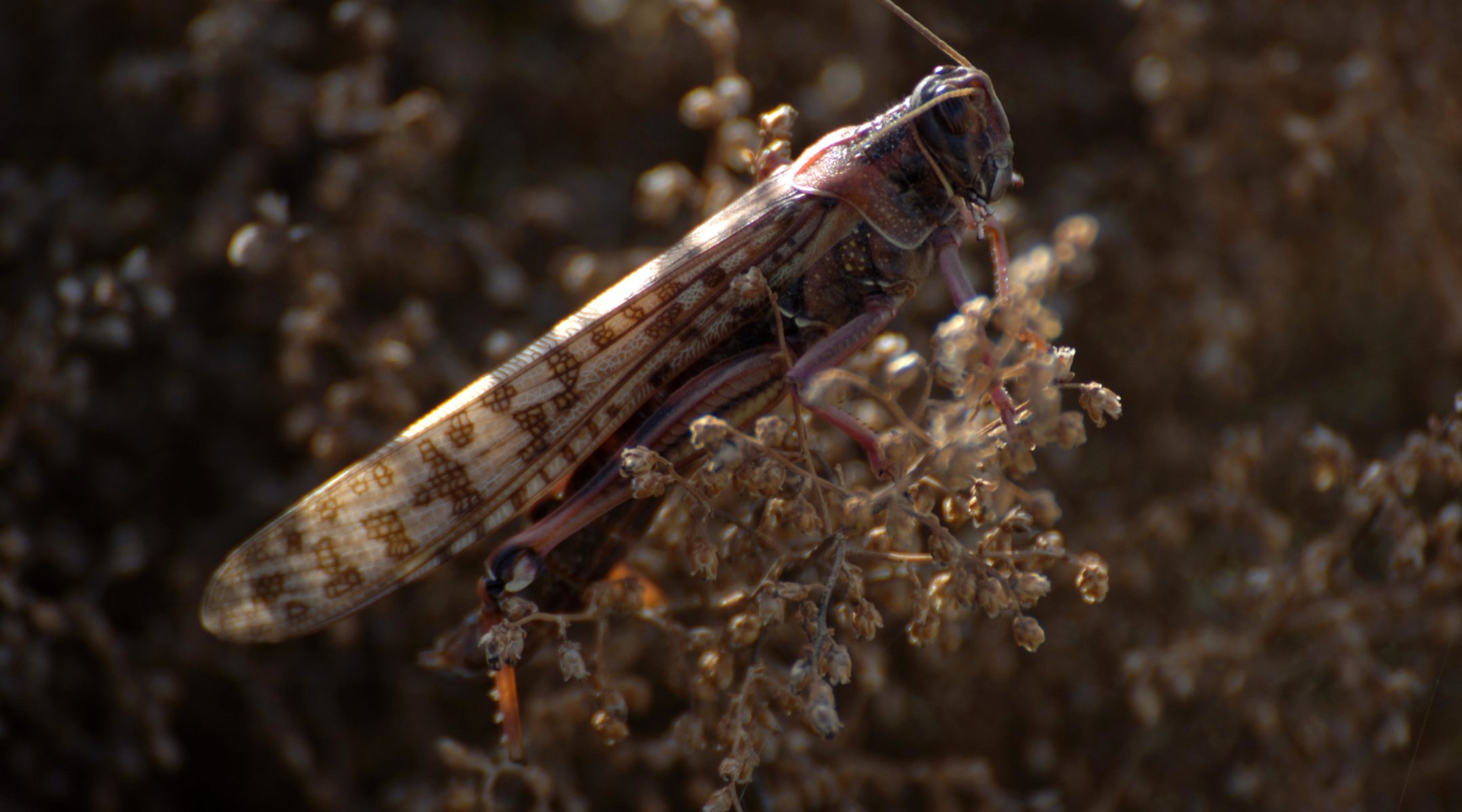 A close-up of one of the hundreds of thousands of locusts that invaded southern Israel, March 5, 2013. (Dudu Greenspan/FLASH90)
Advertisement 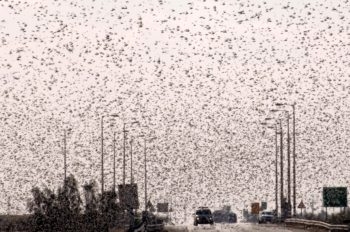 It’s not every day that a plague of biblical proportions sweeps the Holy Land — and just in time for Passover! An estimated 1 million locusts crossed the Egyptian border into Israel on Tuesday (without visas). The invasion prompted a massive effort to protect Israeli agriculture while generating remarkable photographs as the black cloud moved across the landscape. The effort was mostly successful, covering nearly 2,000 acres with chemicals that prevented the insects from flying. “It’s like an insect cemetery down here,” an Israeli farmer told Army Radio.

Israeli men had reason to rejoice this week as the first Hebrew-language version of Playboy magazine hit newsstands. The popular magazine features Israeli women and Hebrew articles – the real reason people buy it, of course. The inaugural Israeli cover girl, Natali Dadon, is a 29-year-old model and alumna of Israeli versions of “America’s Next Top Model” and “Survivor.” Playboy Israel CEO Daniel Pomerantz is confident the magazine will take off. “I believe that a magazine as complex and beautiful as Playboy is the perfect fit for a country as complex and beautiful as Israel,” he wrote.

Oberlin College in Ohio is known for being one of the most progressive, activist and gay-friendly schools in the country. So when the school was faced with a series of hate incidents in recent weeks, including anti-gay and anti-Semitic graffiti and the suspected spotting of a person on campus in a Klan outfit, the school moved with swift resolve. Marvin Krislov, Oberlin’s Jewish president, canceled classes on Monday and convened a “day of solidarity” that attracted international media attention. “We remain steadfast in our belief that teaching, learning and love will triumph over bigotry and ignorance,” Krislov said. “There is still much work to be done.”

The tragedy of Nachman and Raizy Glauber

When a young Orthodox couple en route to the hospital and pregnant with their first child was killed in a hit-and-run accident, the shock reverberated well beyond the Jewish community. Doctors were able to briefly save Nachman and Raizy Glauber‘s unborn baby, delivering it after the crash, but he died a little more than a day later. Photos of the couple on their wedding day were splashed across the front pages of New York newspapers, and their tight-knit hasidic community in Brooklyn went into mourning. A letter Nachman had written to his parents on his wedding day later surfaced in the press, adding a poignant epilogue to the tragedy. The driver of the other car, Julio Acevedo, turned himself in Wednesday.

Zulfi Karim‘s mosque to the rescue

Bradford, England, has more Pakistani residents than anyplace else in England. But its Jewish population, once robust thanks to the wool and textile industries, has declined precipitously, today numbering no more than 500 people. So when the chair of the city’s sole synagogue was casting around for help in preserving the century-old building, he turned to the Muslim community. Working with the local municipality, the Bradford Council of Mosques began raising funds to maintain the synagogue. Zulfi Karim, the council’s secretary, said it didn’t take long for the mosques to decide to pitch in. “In Bradford we are working hard to bring people of different faiths together, and to support one another as good neighbors,” he said.