In new cookbook, Gwyneth Paltrow reveals she likes to starve her children 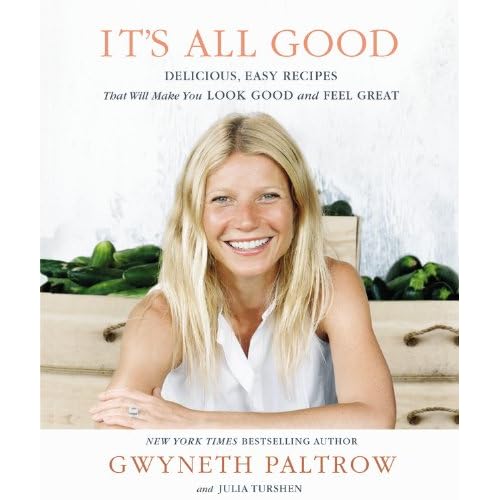 Past her acting, Gwyneth Paltrow is known for her bizarre eating habits and for her love the detox program she created, GOOP. Now, she confessed to projecting these dietary restrictions on her children.

In her new cookbook, “It’s All Good,” which comes out next month, Mrs. Chris Martin talks about how she will not feed any carbs like pasta, bread, or rice to her children, Apple and Moses. Paltrow assumes that gluten is unhealthy in general for her entire family. However, she admits her kids are often left “craving” for those types of food, the Daily Mail notes.

“Every single nutritionist, doctor and health-conscious person I have ever come across . . . seems to concur that (gluten) is tough on the system and many of us are at best intolerant of it and at worst allergic to it,” writes Paltrow, 40. “Sometimes when my family is not eating pasta, bread or processed grains like white rice, we’re left with that specific hunger that comes with avoiding carbs.”

Paltrow delineates the following foods to avoid in an “elimination diet:” coffee, eggs, sugar, shellfish, deepwater fish, potatoes, tomatoes, eggplant, corn, soy, bell peppers, dairy, meat, and wheat…. all of which leaves room for nothing but kale and onions, apparently.

Critics have since come out to mock Paltrow’s new cookbook: the New York Post called the book “a recipe for ridicule,” which comes off like “the manifesto to some sort of creepy healthy-girl sorority.” The Post also notes she promotes herself “as a foodie and a health guru, despite a weird obsession that treats eating with a greater sense of restriction than relish,” while the Atlantic has called the book “the Bible of Laughable Hollywood neuroticism.”