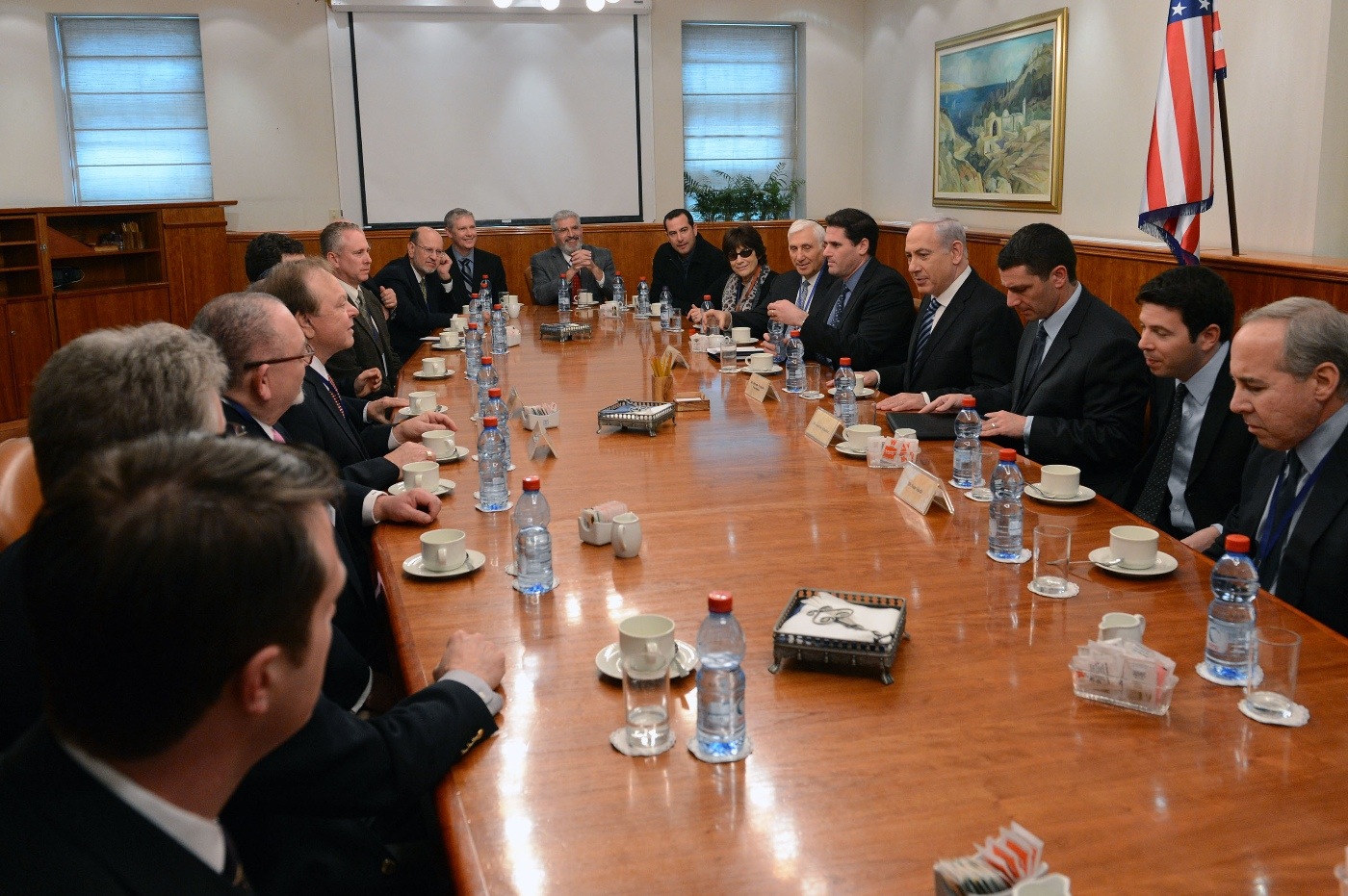 WASHINGTON (JTA) — On page 15 of the most recent edition of the Kansas Independent Oil and Gas Association’s newsletter, beneath griping about perceived threats to the industry posed by President Obama’s tax and energy policies, was a nugget of positive news: A new coalition had formed between the Domestic Energy Producers Alliance, a national umbrella group, and the American Jewish community.

“We have been able to agree that there is common interest between our two groups regarding efforts to increase domestic oil and gas production and to decrease U.S. reliance on imported oil from the Middle East,” the newsletter reported.

Among the group’s officers is Malcolm Hoenlein, the executive vice-chairman of the Conference of Presidents of Major American Jewish Organizations, an organization that prides itself on striving to achieve a consensus among major Jewish groups on foreign policy issues.

But Hoenlein’s participation should not be seen as a sign that a new consensus has emerged on this issue — the organized Jewish community has never managed to agree on a unified energy policy. Among the Presidents Conference’s members are groups that are on record opposing increased domestic drilling and hydraulic fracturing, commonly known as fracking, and calling for alternatives to fossil fuels. Several Jewish organizational leaders active on energy independence said they were barely aware of the new alliance, dubbed the Council for a Secure America.

“The emphasis that it has on oil and natural gas is not where the community is,” said Rabbi David Saperstein, who heads the Reform movement’s Religious Action Center, one of the groups that has led Jewish lobbying for energy independence. “The preferred position is the development of alternative energy resources and reducing our dependence on fossil fuels.”

On its website, the council says it was established by “key domestic oil and gas producers and leaders of the Jewish community,” and that it aims to promote public understanding about the importance of reducing American reliance on imported Middle East oil.

The group’s co-chairs are Samuel (Sandy) Eisenstat, a major Jewish philanthropist and the founder and CEO of Abjac Energy, a private oil and gas exploration company; and Harold Hamm, a wildcatter from Oklahoma whose Continental Resources company is leading the oil boom in North Dakota. Hamm, a multibillionaire, was a top adviser to Mitt Romney’s failed presidential campaign.

The group has made two outings: One last month to Israel to review the country’s security needs, and one to North Dakota to tour Hamm’s innovations in oil exploration. Eisenstat said he hoped to have the council running on an annual budget of less than $500,000, much of it coming from its officers.

“It was started with the idea that there was a natural, wonderful relationship between independent oil and gas producers who want America to be independent and those of us who believe it is in America’s interests for Israel to be strong and secure,” said Eisenstat, a former vice president of the American Israel Public Affairs Committee.

David Harris, the director of the American Jewish Committee, a group that pioneered Jewish energy independence advocacy in the 1970s, said he was vaguely aware of the new group and expressed wariness of any “silver bullet” strategy for weaning the United States from a reliance on foreign oil.

“Our strategy, developed through a staff team and a committee of experts, has always tried to take a balanced approach that says there’s not one silver bullet, but there is a collection of bullets that can lead us to the independence that every president since Nixon promised,” he said.

Hoenlein said the council’s aim was to address a broad range of alternatives to Middle Eastern oil.

“We have people looking into alternatives,” he said. “The whole point is to make it as broad as possible.”

Neil Goldstein, another council director and a former executive director of the American Jewish Congress, is now involved in researching alternative energies through two non-profits, including one called the Israel Energy Partnership. Nonetheless, the council’s website clearly emphasizes fossil fuels. Six of eight articles on its recommended reading page are defenses of domestic drilling and fracking. The other two are about Israel.

Martin Frost, a former Democratic congressman from Texas who, like Hoenlein, is listed as a director of the council, said the emphasis made sense considering current realities.

“The primary focus is on oil and gas because that’s what will be available for the foreseeable future,” said Frost, who now lobbies for the Domestic Energy Producers Alliance. “There is a potential that you can have North American self-sufficiency in the not-too-distant future. That’s good for our balance of payments situation, and it’s good for the United States and for Israel in terms of foreign policy.”

Oil companies have sought to make common cause with American Jewish groups in the past. In the 1990s, multinational oil companies made overtures to AIPAC after the lobby’s successful push for Iran sanctions forced the companies to alter their business practices. Morrie Amitay, a former AIPAC executive director and still an influential figure in the pro-Israel community, has lobbied for the American Petroleum Institute.

Keith Weissman, a former Iran analyst with AIPAC, was the lobby’s liaison with multinational oil companies in the 1990s. Weissman said he figured out soon enough that there was not a lot that oil companies, domestic or foreign, had in common with the Jewish community.

“We never got into domestic drilling,” Weissman said of AIPAC. “We knew as American Jews we couldn’t touch environmental issues and have any credibility with our community. American Jews don’t want to destroy Alaska to import a few barrels less from Angola.”

Eisenstat said he expected to face some Jewish opposition to the council and emphasized that he was not seeking to co-opt the community to the oil industry’s needs. Instead, he saw it as a project of mutual education: Jews learn about the benefits of domestic fossil fuel production and a key American industry becomes more sensitive to Israel’s security needs.

“We took 15 people over to Israel, many of whom not Jewish, who have never have never been to Israel,” he said.

Among them was Hamm, who appeared to get the pro-Israel message.

“America will not have to kowtow to countries just due to the fact that they have oil production in the future,” Hamm told The Jerusalem Post in an interview during the tour.