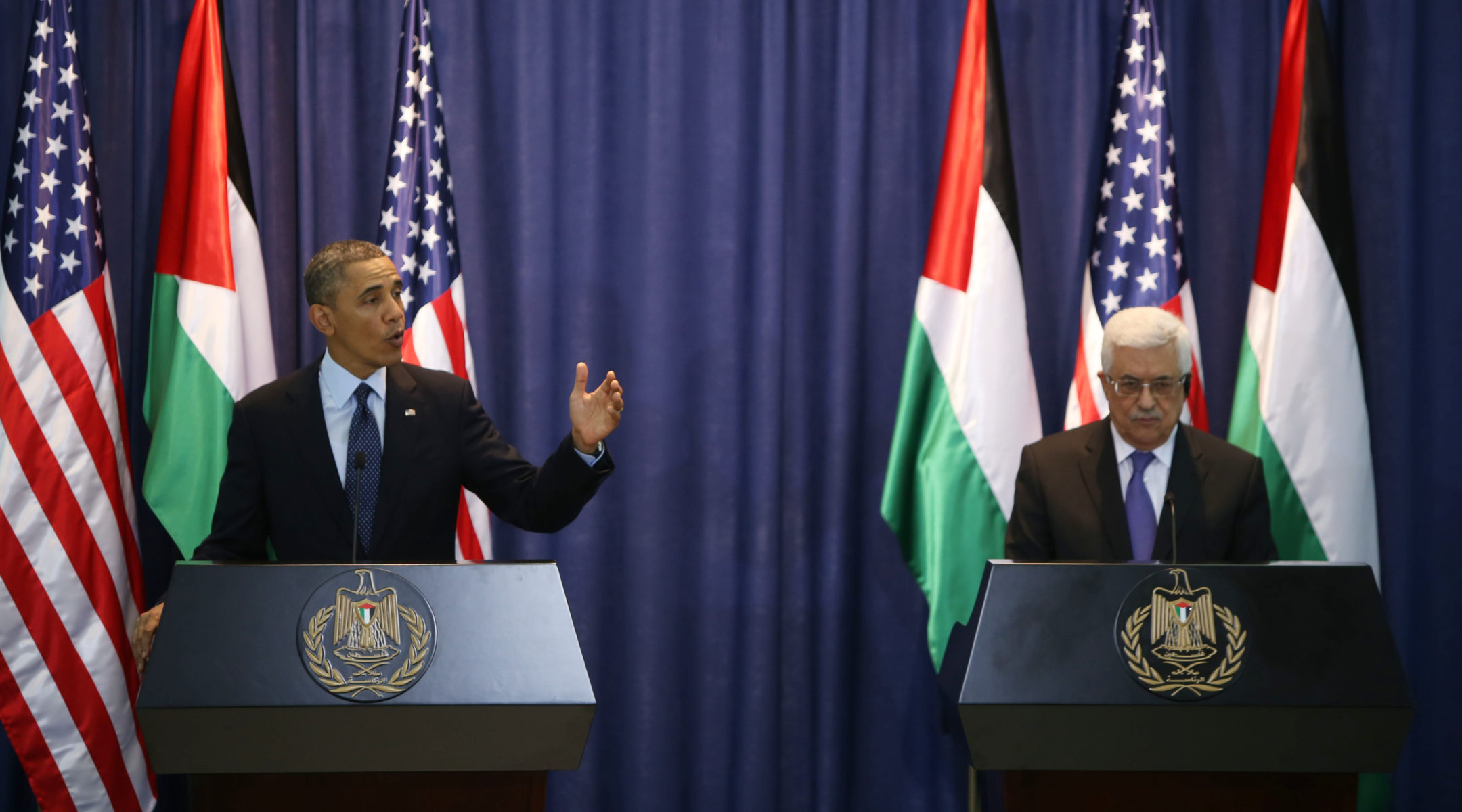 He wanted to persuade Israelis that the United States is committed to preventing Iran from acquiring a nuclear weapon. He wanted to promote the renewal of Israeli-Palestinian negotiations, albeit without any specific “deliverables.” Most of all, however, he wanted to charm the pants off the Israeli people.

He dropped Hebrew phrases into his speeches. He quoted the Talmud. He invoked the story of Passover.

“Does anyone doubt, still, that we’re talking about a friend here?” Itzik Shmueli, a Knesset member from the center-left Labor party, wrote on Facebook.

Obama earned qualified praise even from Naftali Bennett, the pro-settler chairman of the nationalist Jewish Home party who now serves as minister of commerce and economics.

“Obama’s words certainly came out of concern for Israel and true friendship,” Bennett wrote, also on Facebook. Citing rockets fired from Gaza into southern Israel on Thursday, however, Bennett added, “A Palestinian state isn’t the right way. The time has come for new and creative outlooks.”

A smiling Obama appeared side by side with Israeli Prime Minister Benjamin Netanyahu and President Shimon Peres to talk about their two nations’ shared values and security needs. He visited the Israel Museum, viewed the Dead Sea Scrolls, surveyed the Iron Dome missile defense system and saw a host of Israeli high-tech innovations. For Friday, his itinerary included visits to the graves of Theodor Herzl, the father of modern Zionism, and slain Israeli Prime Minister Yitzhak Rabin.

For the most part, the visit was a cornucopia of compliments and commitments to Israel’s security and the U.S.-Israel relationship.

“Those who adhere to the ideology of rejecting Israel’s right to exist, they might as well reject the earth beneath them and the sky above because Israel’s not going anywhere,” Obama said during his speech Thursday night at the Jerusalem International Convention Center. “And today I want to tell you, particularly the young people, so that there’s no mistake here, so long as there is a United States of America, ‘atem lo l’vad.’ You are not alone.”

Before the trip, Israelis were extremely wary about the U.S. president. He had visited Israel twice before, most recently in 2008, but Israelis were irked that he skipped Israel on a Middle East swing in 2009 that included his famous Cairo speech. They were put off by his public calls for a freeze on settlement building early in his presidency. They compared him unfavorably to his two predecessors, George W. Bush and Bill Clinton.

In a 2009 poll, fewer than 10 percent of Israelis had a favorable view of Obama. And a poll conducted this month by the Israel Democracy Institute showed that 54 percent of the 600 Jewish Israelis surveyed said they did not trust Obama to consider and safeguard Israel’s interests.

After his speech on Thursday, however, some listeners said they had warmed to him.

“He was very clear, and he conveyed a feeling of security, especially about Iran,” said Hagar Shilo, 23, a political science student at Tel Aviv University. “He made a lot of pro-Israel statements that we hadn’t heard yet — very much like Clinton.”

Justice Minister Tzipi Livni, who heads the government’s Israeli-Palestinian negotiations, wrote on Facebook, “Obama’s speech was important and inspirational. Our job is to apply our Zionist vision, which was reflected eloquently in his words for Israel’s youth.”

To be sure, Obama also challenged Israel on the trip. He visited the West Bank city of Ramallah and gave a statement with Palestinian Authority President Mahmoud Abbas condemning settlement construction. And in his speech to Israeli students on Thursday night, he made an extended appeal asking Israelis to take risks for peace and the two-state solution, calling peace “necessary,” “just” and “possible.”

“I speak to you as a friend who is deeply concerned and committed to your future,” Obama said. “You have the opportunity to be the generation that permanently secures the Zionist dream, or you can face a growing challenge to its future. Given the demographics west of the Jordan River, the only way for Israel to endure and thrive as a Jewish and democratic state is through the realization of an independent and viable Palestine.”

Mostly, though, Obama sought to use this trip to reassure Israelis, including on Iran.

“We agree that a nuclear-armed Iran would be a threat to the region, a threat to the world and potentially an existential threat to Israel,” Obama said at a news conference with Netanyahu. “We do not have a policy of containment when it comes to a nuclear Iran. Our policy is to prevent Iran from acquiring a nuclear weapon.”

Even many of those who disagreed with Obama’s policies on Israel said they were encouraged by his decision to visit Israel.

But, he said, what mattered most now was Obama’s decision to visit Israel.

“Coming here is a sign,” Cohen said. “It shows commitment.”