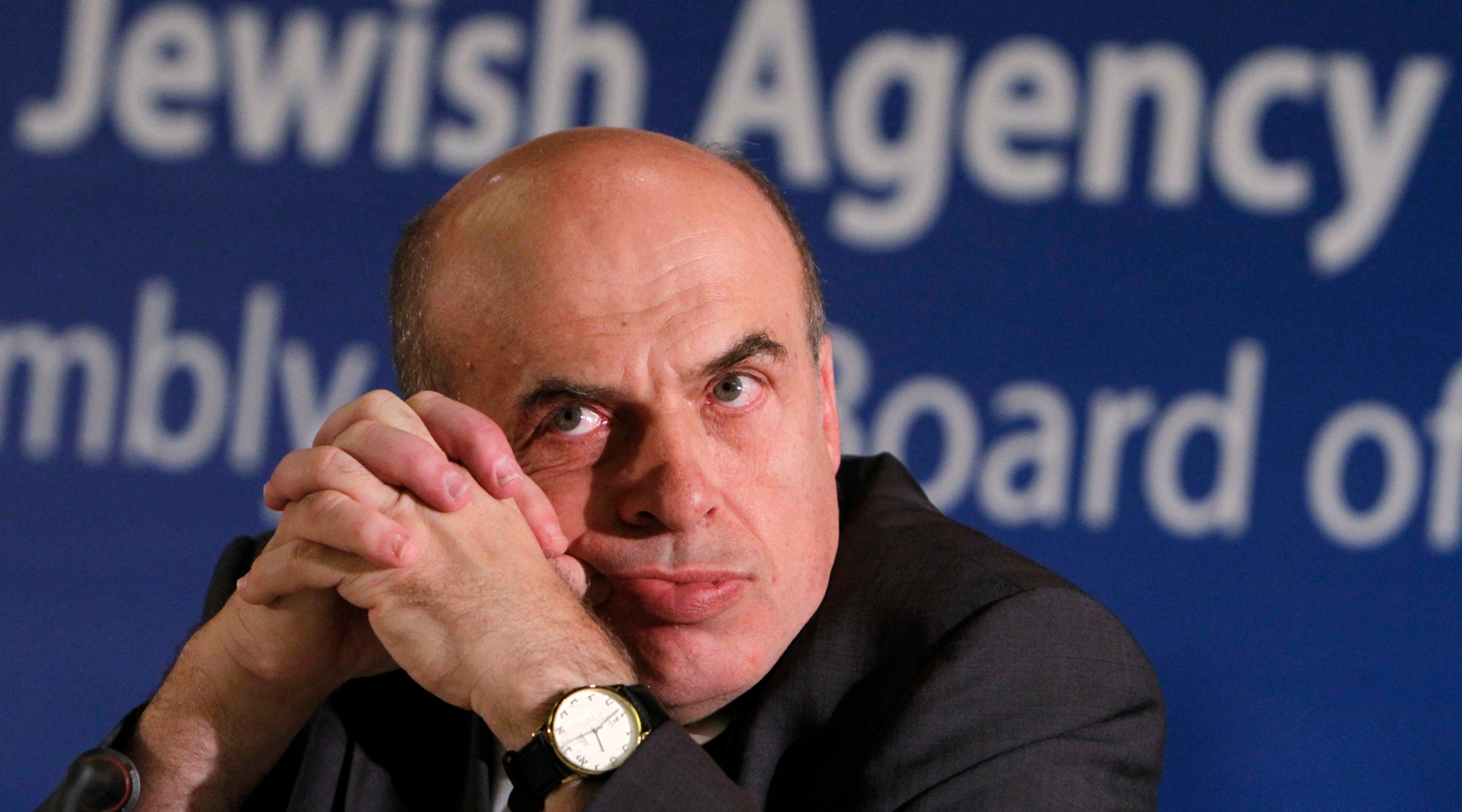 Natan Sharansky, shown at a 2011 conference in Jerusalem, has lost endorsements for his Western Wall proposal from the Orthodox and non-Orthodox. (Miriam Alster/Flash90)
Advertisement

TEL AVIV (JTA) — Following a court ruling in their favor, leaders of an organization pushing for women’s prayer rights at the Western Wall have withdrawn their endorsement of Natan Sharansky’s compromise proposal to expand the egalitarian section there.

A Jerusalem District Court ruled last week that Women of the Wall members who pray together in the regular women’s section of the Western Wall are not contravening the law. Members of the group have been routinely arrested or detained in recent months for wearing prayer shawls at the wall, a practice that prior to the ruling had been considered a violation of Israeli law requiring respect for “local custom” at the site.

The landmark ruling appears to have emboldened Women of the Wall, which has moved away from its earlier embrace of Sharansky’s proposal as a tolerable, if less than perfect solution.

Protests over the high-profile arrests of women at the holy site led Israeli Prime Minister Benjamin Netanyahu to tap Sharansky, the chairman of the Jewish Agency for Israel, late last year to formulate a compromise solution. Under Sharansky’s plan, an existing egalitarian section of the wall known as Robinson’s Arch would be expanded and a unified entrance would be built leading to the wall’s traditional and egalitarian sections.

Initially, the compromise seemed to have worked. Both Hoffman and the rabbi of the Western Wall, Shmuel Rabinowitz, expressed cautious support. But Rabinowitz also has backtracked from a statement indicating that while he didn’t like the proposal, he could “live with it.”

“We must, along with the Chief Rabbinate and other great rabbis, examine if we should oppose the proposal referring to Robinson’s Arch, which is not part of the Western Wall synagogue, if this would be a solution acceptable to everyone,” Rabinowitz said in a statement last week.

On Tuesday, Sharansky said his proposals were meant as “long-term solutions,” not quick fixes for immediate concerns.

“The merit of these proposals [does] not depend on any day-to-day developments that happen in the courts or near the Kotel itself,” Sharansky said in a statement, using the wall’s Hebrew name. “All the stakeholders have agreed that the next important step is the timeline which will be developed by the prime minister’s office in the next few weeks.”

But the ruling appears to have lessened Women of the Wall’s appetite for compromise, leading the group to reassert a longstanding insistence on being allowed to pray as it wishes in the regular women’s section. The group has announced that at its monthly service on May 10, a member will read from the Torah in the women’s section; that hasn’t been done for a decade.

The ruling “allows Women of the Wall to pray how we always wished,” said Hoffman, “with women of all denominations in the women’s section, with our prayer shawls and Torah and shofar.”