In once unremarkable Tel Aviv, tourism is booming 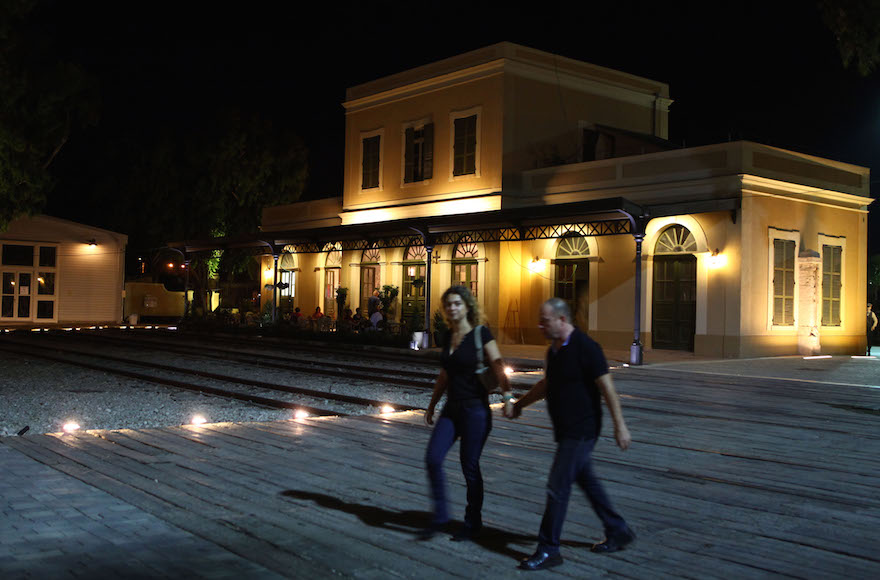 TEL AVIV (JTA) — When the artisanal restaurant Suzanna opened here in 1995, it faced a eucalyptus grove and an abandoned building.

Suzanna is located near the end of Shabazi Street, the central thoroughfare of Tel Aviv’s first neighborhood, Neve Tzedek. At the time of the restaurant’s launch, the neighborhood was dilapidated, its narrow streets a haven for the homeless and the drug addicted. At its western end was an old train station that hadn’t served the public since 1948.

“There were dirty streets,” recalled Ilan Derdichevsky, Suzanna’s manager. “It was a bit of a slum. A lot of the residents, you wouldn’t call them rich.”

Nearly two decades later, Neve Tzedek is one of Tel Aviv’s most luxurious neighborhoods, its narrow streets and old buildings mostly renovated and crowded with visitors. Cafes, restaurants and craft shops fill the once-abandoned streets, while a cultural center offers plays and dance performances next to a shaded park.

The abandoned train station is now a broad plaza and pedestrian mall popular with tourists and Tel Avivis looking for a night out.

“There’s a magic in the architecture of the buildings from the beginning of the century,” Derdichevsky said. “The narrow streets, the cultural establishments. It gives a feeling of freedom.”

The transformation of Neve Tzedek is emblematic of the changes this once unremarkable beach town has undergone in the past 20 years. Tel Aviv is now regularly rated as one of the world’s top tourist destinations, renowned as a gay-friendly party town and an up-and-coming business hub. 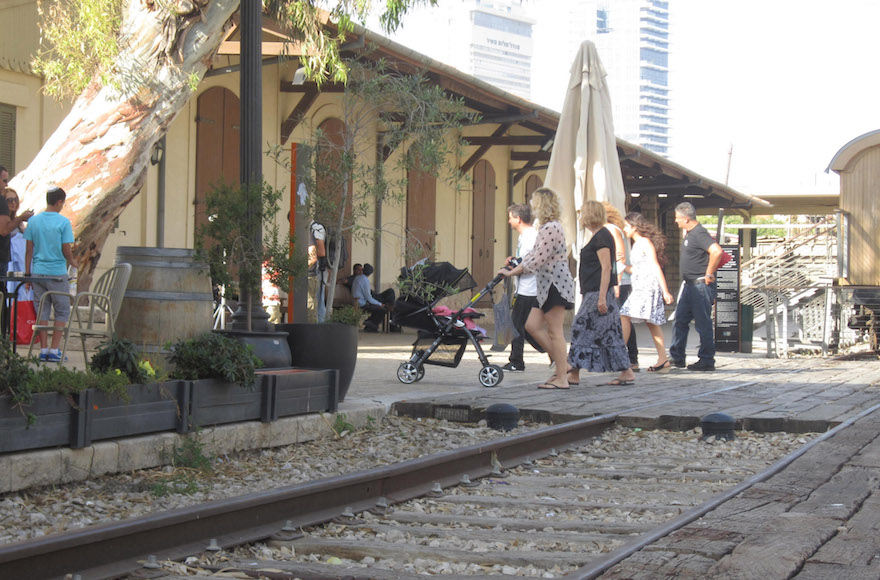 Sunbathers relax on nearly nine miles of white-sand beaches. Cyclists cruise on 60 miles of bicycle trails. Tourists and locals mingle at outdoor cafes on Rothschild Boulevard or on the streets of old Jaffa. A booming party scene beckons young visitors.

“We took the things that were unique to the city, packaged them and marketed them to the world,” said Hila Oren, CEO of the Tel Aviv municipality’s Global City Administration. “It’s a flat city with a coast. It’s easy to walk. The people here are very open.”

Israelis have always called Tel Aviv the “nonstop city,” but efforts to market that image internationally picked up steam after Mayor Ron Huldai took office in 1998. Huldai began improving basic infrastructure, which Oren called “not a popular agenda.” But the improvements made the city friendlier to business — a precondition, Oren said, for transforming Tel Aviv into a tourist hot spot.

“There’s no business center that’s not a tourist center,” she said. “When someone comes to do business in the morning, he has money in the evening.”

In 2003, UNESCO, the cultural body of the United Nations, declared Tel Aviv a world heritage site. Since then, the city has had a facelift.

In 2005, renovations began on the old Train Station District next to Neve Tzedek, which opened to the public in 2010 . 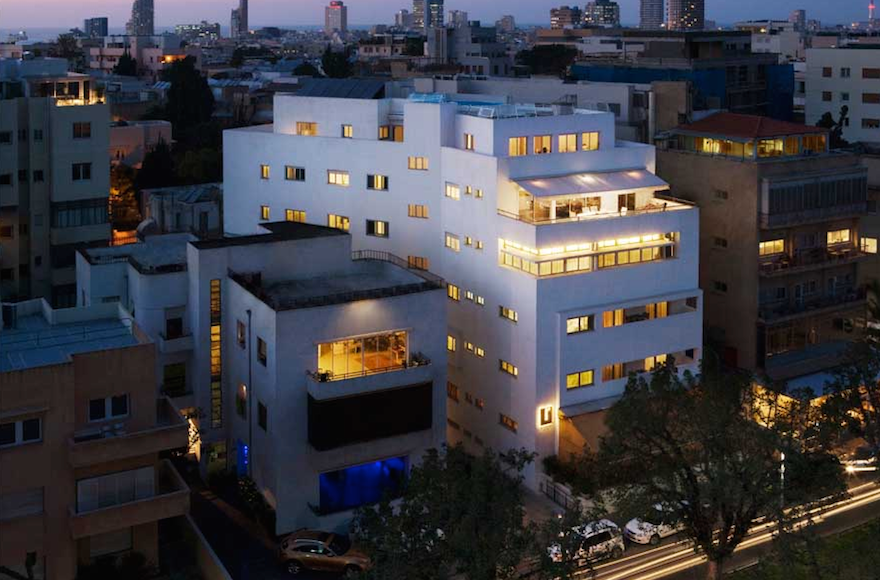 And starting in June, the municipality will offer free WiFi Internet access throughout the city.

The city also invested about $250 million in the past two years renovating Jaffa, the ancient port city just to the south.

“There’s no Big Ben or Eiffel Tower. We don’t have famous buildings. But there’s an energy here that you don’t have everywhere,” said Yuval Abramovitz, owner of Made In TLV, a store at the entrance to the Train Station District that sells art and souvenirs made by local artists. “It’s an air of freedom, creativity, art, culture.”

The city’s renewal does have its drawbacks. Tel Aviv’s poorer southern neighborhoods are largely devoid of the cafes, clubs and boulevards that draw tourists. Even in the center of the city, many buildings remain dirty, dilapidated or even abandoned.

Meanwhile, rising housing prices have made it more difficult for young people to stay in the city. In 2011, frustration over the cost of living here led to massive street protests that lasted throughout the summer. This month, the protests resumed after the government proposed a new budget that hiked taxes and cut benefits.

“Southern Tel Aviv does not need to be Tel Aviv’s backyard, or the backyard of the whole State of Israel,” said Nitzan Horovitz, who is challenging Huldai for the mayoralty and, if elected, would be Israel’s first openly gay mayor.

“Through partnership with the residents — and this is the key point, to include them in the process, to think of them first — we can change the face of all of southern Tel Aviv.” 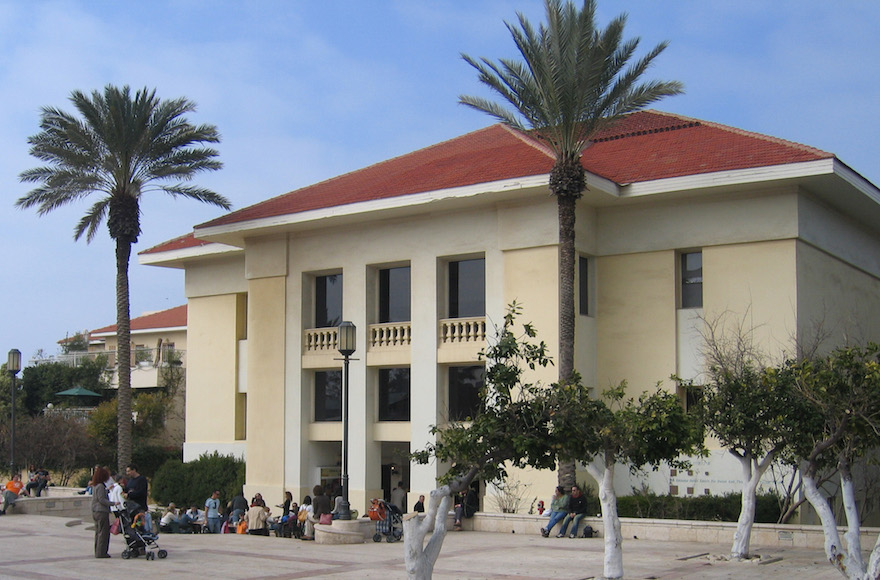 The tensions underlying the new Tel Aviv are symbolized by Rothschild Boulevard the trendy thoroughfare of cafes and restaurants that was also the site of the 2011 protests.

At one end is Israel’s national theater, Habima, which sits in front of a large plaza with a pool of water. A pedestrian walkway with a bicycle path runs down the middle of the street, flanked on both sides by grass and trees. At the other end of the boulevard, Neve Tzedek begins.

“Today, tourists and businessmen that come to Tel Aviv want to know the real city, not the tourist center,” said Alon Levy, manager of The Rothschild 71, a boutique hotel on the boulevard. “They want to know what it is like to be Tel Avivi. Tel Aviv is a diverse city, and the boulevard is diverse.”

Owned by the same family for nearly 80 years, The Rothschild 71 is a converted apartment building that like many of the city’s buildings was erected in the Bauhaus architectural style. The colorful lobby is filled with modern art along with wine, coffee and cookies.

Hotels like The Rothschild 71, Oren says, characterize what attracts tourists to Tel Aviv, a city that provides a dramatic reprieve from one of the tensest regions in the world. It’s one reason Israelis playfully — and sometimes derisively — refer to the city as “The State of Tel Aviv.”

“When you say Israel, people think conflict. But when you say Tel Aviv, they don’t connect it to conflict,” Oren said. “When people talk about vacationing, they say Barcelona and Berlin, not Spain and Germany. I’m going away for a weekend in Tel Aviv, not Israel.”