Not pressed for time? Try riding the Israeli rails 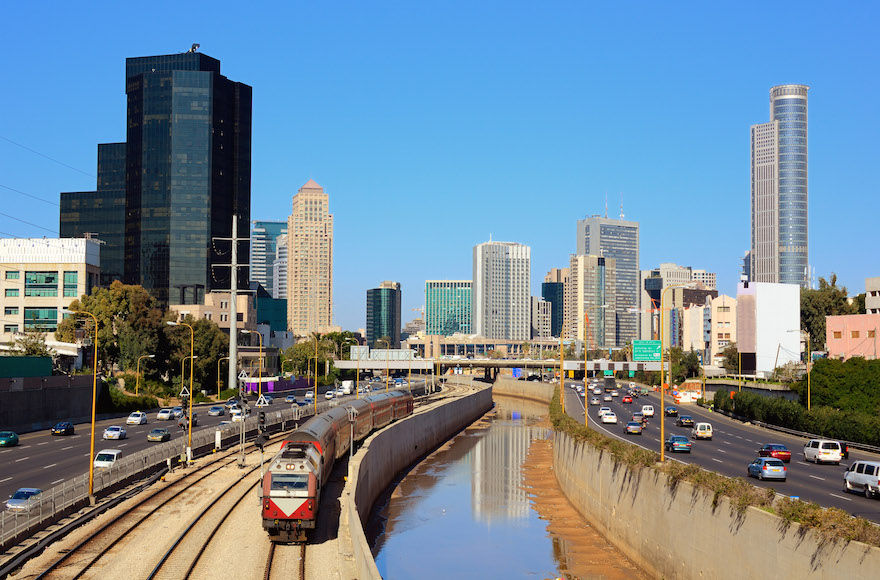 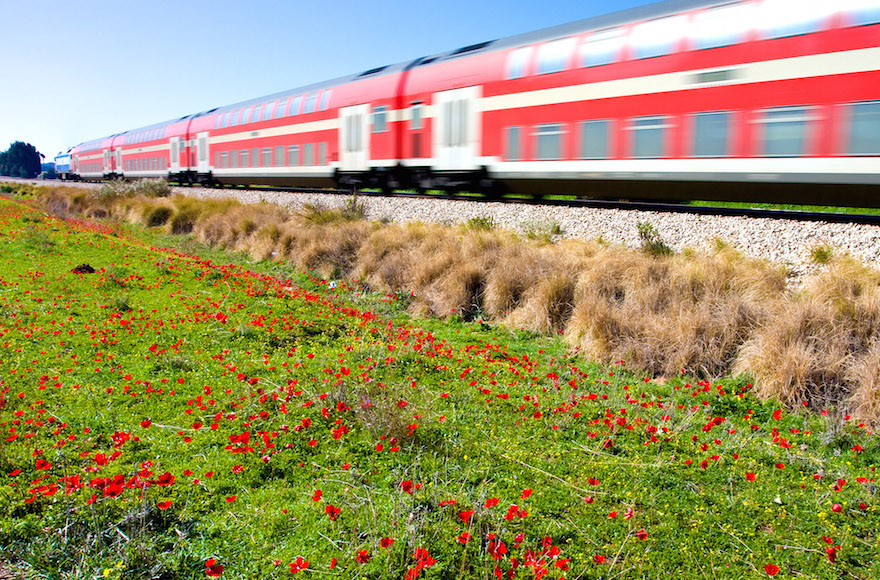 TEL AVIV (JTA) — The train from Tel Aviv to Jerusalem meanders through the deep valley of Rephaim, passing over bridges and through tunnels, tilting slightly to cope with the sharp curves.

In winter, the agricultural terraces outside the windows are bright green and dotted with wild flowers. In summer, shades of ochre and brown dominate the desiccated hills, interrupted by a sliver of vegetation hugging the stream snaking through the parched valley.

This scenic route is a train lover’s dream, built in 1892 and now part of Israel’s national railway network, a system dating back to the late 19th century when a French company laid down the first track connecting Jerusalem with the port city of Jaffa. The network reached its apex during the British Mandate, when trains crisscrossed the territory, connecting it to Cairo, Damascus, Beirut and beyond.

The rich history is on display at the Israel Railway Museum, housed in a defunct depot in Haifa. Open Sundays to Thursdays from 8:30 a.m. to 3:30 p.m., visitors can see a collection of vintage locomotives and railcars, including one that carried the Ethiopian emperor Haile Selassie on his visit to the Holy Land in 1922.

Ironically, it’s probably best getting to the museum by car or bus, especially during the sweltering summer months, as the nearest functioning train station is more than a mile away.

While the museum highlights the past, it also informs visitors about plans for the railway’s future. Over the past two decades, the Israeli government has invested billions of dollars expanding the network. When complete, it is expected to connect the northern cities of Carmiel and Beit She’an with Eilat, the country’s southernmost city.

At the moment, though, large swaths of the country are only accessible by road. But where they exist, trains offer tourists an affordable and civilized way to get around. Avoiding Israel’s notorious traffic is just an added bonus.

Most travelers are likely to use the coastal route from Nahariya in the North to Ashdod in the South. For 59 shekels ($16), you can travel the length of the line in 2 hours, 40 minutes. On the way, you’ll see deserted Mediterranean beaches, downtown Tel Aviv’s dramatic skyline, the Crusader ruins of Atlit and the sand dunes of Ashdod. Tickets can be purchased from machines at any station.

The network’s southernmost station is Dimona, a humdrum town in the Negev Desert that is the home to Israel’s nuclear facility. The half-hour ride from the regional hub of Beersheva passes through a barren desert plateau punctuated by the occasional Bedouin settlement. Every now and again, passengers are likely to see packs of camels grazing in wadis.

While the short ride is enjoyable enough, its terminus leaves something to be desired. Opened in 2005, Dimona Station was constructed on the city’s outskirts, necessitating a short bus or taxi ride into town, which partially defeats the purpose of traveling by rail.

The existing train from Tel Aviv to Jerusalem has a similar disadvantage. It drops passengers off on the outskirts of the capital city and takes nearly twice as long as the bus.

Yet there is hope. A high-speed train connecting Jerusalem and Tel Aviv is expected within a few years, cutting travel time between Israel’s largest cities to less than 30 minutes. It will operate alongside the historic route, which will continue to serve passengers with time on their hands.

Still, for the railway nostalgist, Israel offers plenty of additional sites to visit. The rail tunnel at Rosh Hanikra, which straddles the border between Israel and Lebanon, is now part of a nature reserve. Its dark caverns have been turned into a screening room where visitors are shown a short documentary on the defunct international line and the geological history of the area. Needless to say, the tunnel is blocked on its Lebanese side.

Train aficionados also can visit the ruins of several railway bridges on the Jordan River near the hot springs of Hamat Gader, where Israel, Jordan and Syria meet. These impressive feats of engineering were blown up by Jewish paramilitaries in 1948 to prevent Arab armies from invading the nascent nation.

Their rusty remains, which can only be viewed from afar, are a poignant reminder of the violence that has plagued the Middle East, yet they are also symbols of hope. If peace is ever made, trains again might traverse the region as they did in the past, bringing nations and people together.