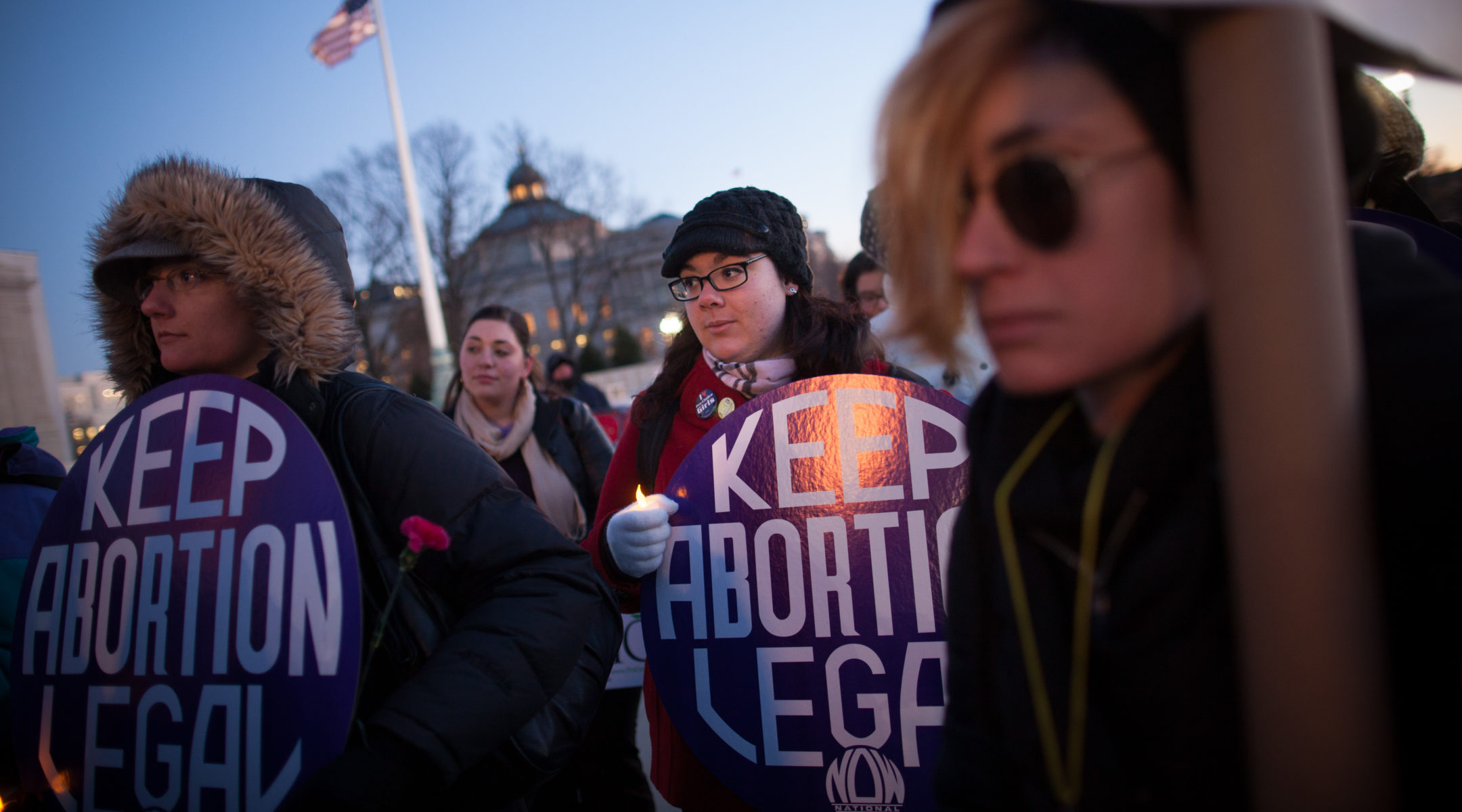 Pro-choice supporters at a candlelight vigil in front of the U.S. Supreme Court in Washington commemorating the 40th anniversary of the Roe v. Wade decision, Jan. 22, 2013. (Photo by Allison Shelley/Getty Images)
Advertisement

Such strong language is unusual in any case for groups that must engage with Congress, but especially when a bill is dead in the water.

The bill, passed Tuesday in a 228-196 vote, would ban abortions after 20 weeks, a time when the bill’s sponsor, Rep. Trent Franks (R-Ariz.), says the fetus feels pain. Leaders in the Democrat-led Senate already have said the measure has no chance of advance. And President Obama likely would veto it if it did.

So why unleash on the bill?

Liberal Jewish groups that have made reproductive rights a priority believe that such bills, even when they fail, represent a growing threat to Roe v. Wade, the 1973 Supreme Court decision that made abortion a matter of choice.

“We know that yesterday’s vote was symbolic, since the Senate will not take up the bill and the president has said he would veto it,” Barbara Weinstein, the director of the Reform movement’s Commission on Social Action, said in a statement. “Yet the symbolism of the bill’s House passage is indeed important, demonstrating the unfortunate reality that women’s reproductive rights remain at risk.”

Anti-abortion groups feature prominently in the Tea Party movement, which helped sweep Republicans to their 2010 House victory and helped them keep control last year. Moreover, a conservative majority Supreme Court in 2007 indicated a willingness to place strictures on the Roe v. Wade decision by banning some late-term abortion procedures.

Groups noted that the bill has no health exception. It also restricts abortions in the case of rape and incest by requiring alleged victims to report the crimes to the police as a condition for having the abortion. Such reporting often does not occur because of the fear of public shame and reprisal from family members.

“It imposes one particular set of religious beliefs on the entire nation, and denies women the ability to make their own decisions about their health and their future without political interference,” the National Council of Jewish Women said in its statement.

“Women seeking abortions after 20 weeks of pregnancy do so for a variety of reasons, often life-threatening, including when the mother’s life is at risk, she is a victim of sexual assault, or there is severe fetal anomaly,” it said.

Hadassah also condemned the vote and said it would “continue to fight attempts to restrict, through federal legislation, state administrative regulations, or court action, the right to reproductive choice and family planning programs delivering any and all services.”

Orthodox groups did not issue statements on the vote.