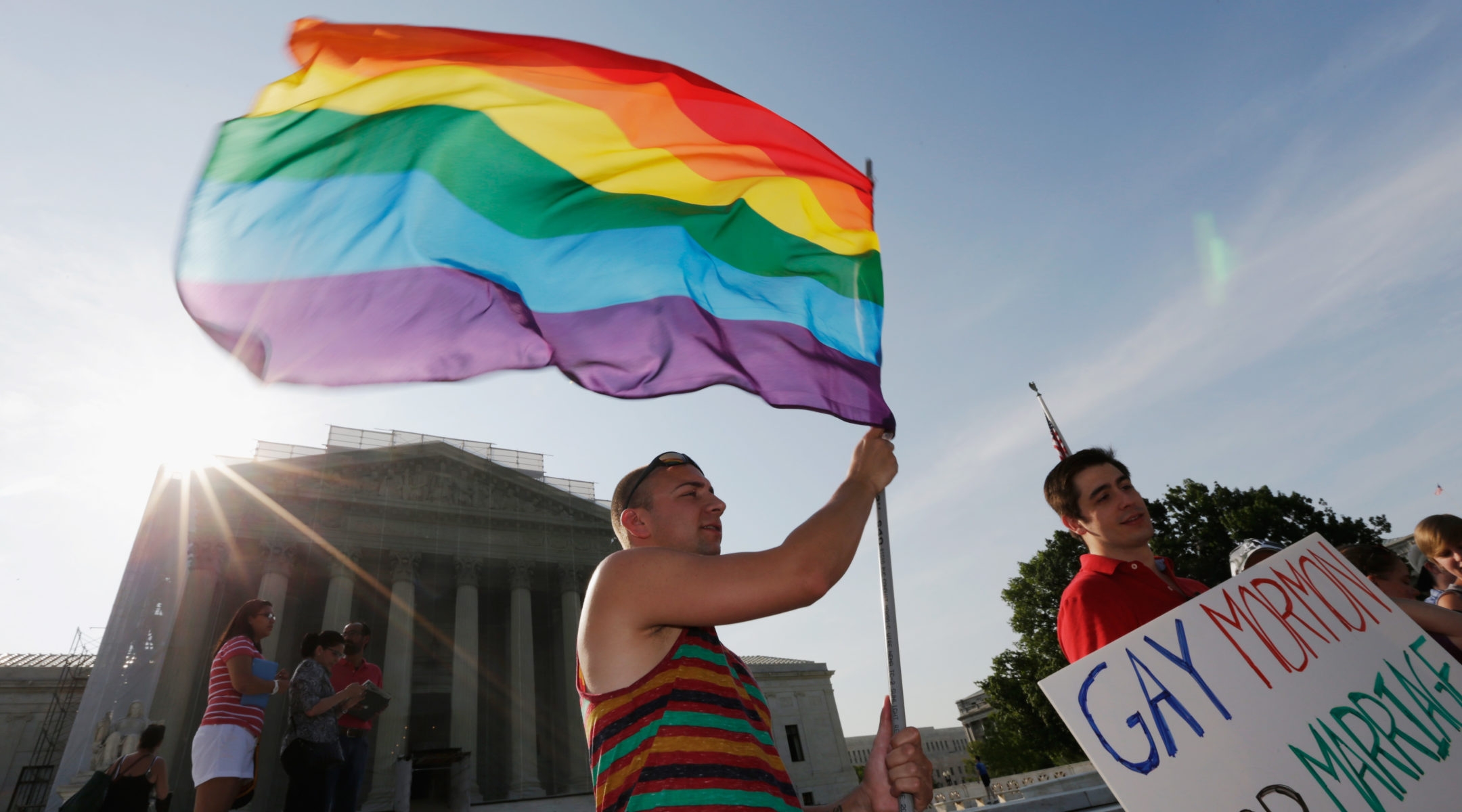 The first of two rulings Wednesday struck down a key part of the 1996 Defense of Marriage Act, or DOMA, which mandated that federal laws abide by a definition of marriage as a union between a man and woman. The ruling, a 5-4 split along ideological lines, requires the federal government to abide by the laws of individual states in its dealings with couples from those states.

In a separate ruling, the court ruled that individuals who sought to reverse a California Supreme Court decision that had overturned a ballot initiative banning same-sex marriage had no standing. A number of Jewish groups had filed friends of the court briefs on both sides.

The DOMA lawsuit had been brought by a Jewish woman, Edith Windsor, who was forced to pay federal taxes on the estate of her late wife, Thea Spyer, who was also Jewish, despite the fact that their Canadian marriage was recognized as legal by the state of New York, where they resided.

“DOMA singles out a class of persons deemed by a State entitled to recognition and protection to enhance their own liberty,” Anthony Kennedy wrote in an opinion joined by the four liberal judges, including the three Jewish justices: Ruth Bader Ginsburg, Elena Kagan and Stephen Breyer. “It imposes a disability on the class by refusing to acknowledge a status the State finds to be dignified and proper.”

Liberal Jewish groups were rallied by Wednesday’s decisions, which came a day after the Supreme Court gutted the 1965 Voting Rights Act, which had mandated federal review of any changes in voting laws in areas and states where racial discrimination had been pervasive. Groups like the American Jewish Committee, the Reform movement, the National Council of Jewish Women and the Anti-Defamation League pledged to lobby Congress to reinstate the key language that would reinstate such review.