Non-Orthodox day schools struggling even after the recession 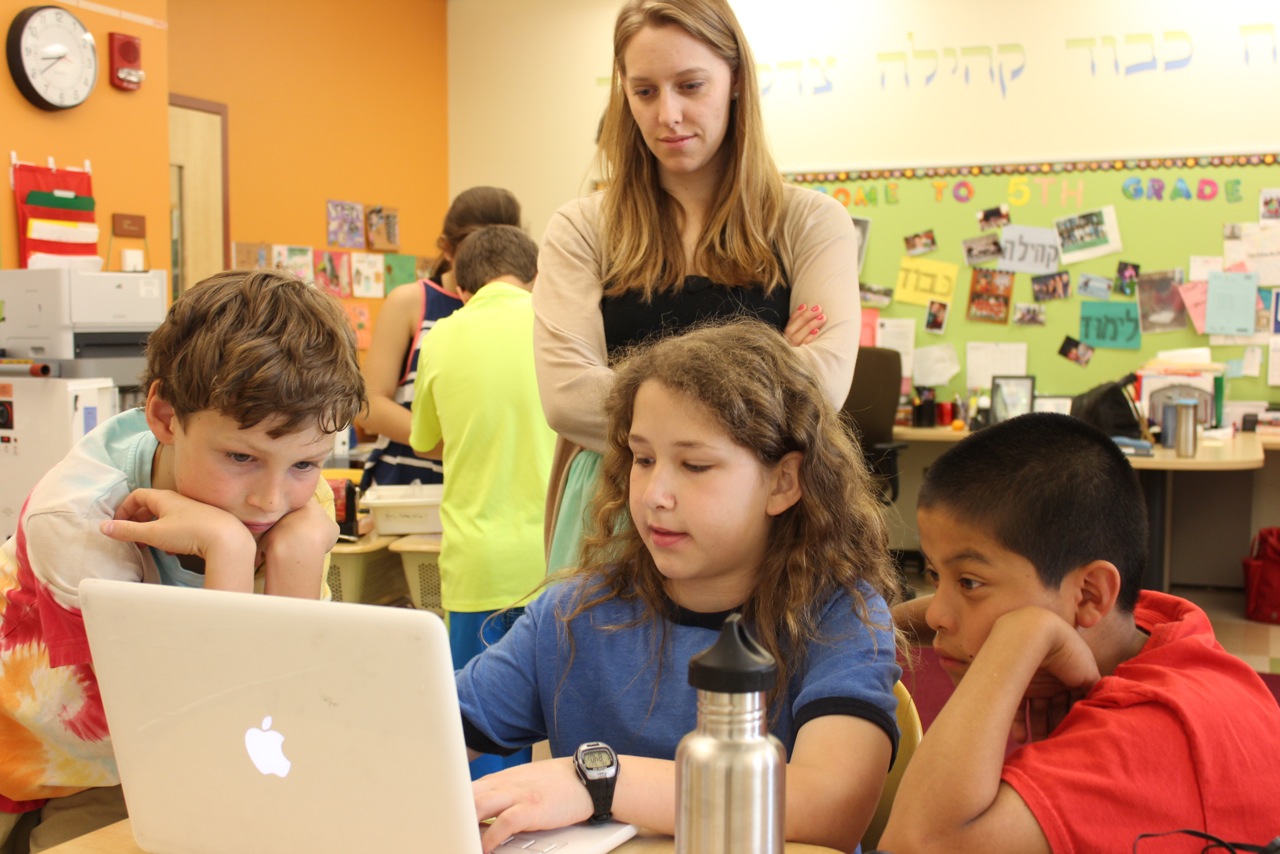 Fifth-graders at the Rashi School in Dedham, Mass., during a class. (Courtesy Rashi School)
Advertisement

BOSTON (JTA) — School might be out for summer, but 5-year-old Eli Norden can’t wait for the fall when he starts kindergarten at the Rashi School, a Reform Jewish day school in the Boston suburb of Dedham.

He’s so excited he sleeps with his new Rashi T-shirt and proudly carries his Rashi lunch box every day, according to his equally excited mother, Pamela.

Eli is among eight children from his Reform preschool that will attend Rashi in the fall, part of a cohort that will add a third kindergarten class to the 27-year-old school. The three classes will help boost enrollment in September to 314 students, up from 306 this term and 284 six years ago.

“It’s symbolically important,” says head of school Matt King. “When so many schools are contracting, that we’re expanding is a good thing.”

With its increasing enrollment, multimillion-dollar community grant and an enviable 3-year-old campus, Rashi is among the bright spots in the world of non-Orthodox Jewish day schools, which have suffered declining enrollment, mergers and closures over the past decade.

A census of U.S. day school students conducted by the AVI CHAI Foundation during the 2008-09 academic year found a 2.5 percent drop in non-Orthodox enrollment over the previous five years, even as overall Jewish day school enrollment in the United States grew 11 percent, to 228,000 students, driven in part by the expansion of the Orthodox population.

Some school networks were particularly hard hit. The Solomon Schechter Day School Network, an affiliate of the Conservative movement, lost 25 percent of its students during the period. Since then, Schechter has lost seven schools, reducing the total to 43. In the 1998-99 school year, there were 63 Schechter schools, according to AVI CHAI.

The Reform movement currently has approximately 4,000 children enrolled in 13 day schools affiliated with the movement, down from the 4,569 in 17 schools in 2008-09 reported by AVI CHAI.

Some of the loss owes to Reform and Conservative schools that have merged and become community schools, the growth of which had been dramatic in recent years.

The AVI CHAI census reported just over 20,000 students in 98 community schools in 2008-09, a nearly 20 percent jump over the previous five years. But the growth has slowed considerably: Enrollment during the 2011-12 school showed only one additional school in the U.S. and about 50 more students, according to figures supplied by RAVSAK, a network of community schools.

“My impression is that there has been modest but gradual attrition in non-Orthodox enrollment,” said Marvin Schick, the researcher who conducted the census. “There are schools that have gained enrollment, but more have lost enrollment. And some have closed. And inevitably that results in further losses.”

Part of the challenge, of course, is economic. Tuition at day schools can range from the teens to more than $30,000 per year at some schools in New York and other major cities.

“Many in the Jewish community do not appreciate that the current affordability crisis in Jewish day schools is driven, at least in part, by larger trends that affect middle-class life, ” said Jon Levisohn, assistant academic director for the Mandel Center for Studies in Jewish Education at Brandeis University.

While professional couples at one time could stretch their incomes to afford day school tuition, “that is simply no longer the case,” he said.

Amy Katz, executive director of the Boston-based Partnership for Excellence in Jewish Education, said the issue of affordability is closely linked to value.

Faced with a struggling economy and increased competition from independent and charter schools, families need to be convinced that Jewish day school is worth its high cost.

“It behooves day schools to think more strategically and to make sure they clearly communicate the value of their particular school,” Katz said.

Unlike in the Orthodox world, where a day school education is considered a necessity, non-Orthodox schools often must act aggressively and creatively to attract and retain families.

A survey of 22,000 day school parents across the United States found that perceptions of quality are critical to boosting enrollment. The study found that the three factors that most influence parents to recommend a school to others are its capacity for building Jewish identity,  student preparedness at graduation and responsiveness to individual needs.

“It doesn’t mean tuition and math and science are not important,” Katz said, “but these were not No. 1.”

That was certainly true of Pamela Norden and her husband, Andrew. Both doctors, the affordability of the Rashi school was not their main consideration. They were impressed with Rashi’s quality, and especially its encouragement of independent thinking.

Pamela also liked how Judaism was integrated into every aspect of life.

“We’re thrilled that he’ll be at Rashi,” she said. “It’s a big deal when your oldest child starts kindergarten.”

Reform-Conservative mergers can sometimes give newly formed schools a boost.

The Saul Mirowitz Jewish Community School in St. Louis formed as a merger between a Schechter school and a Reform day school, just completed its first year with 165 children. Head of school Cheryl Mayaan says the school expects to retain that number next term.

By merging, the school was able to combine a more sustainable economic model with a stronger educational program. A larger student body also has brought more vibrancy to the classrooms, Mayaan said.

“I am very upbeat about the pluralistic model,” she said. “Some families strongly identify with synagogue affiliation. We are not denying affiliation. We celebrate the diversity and learn about one another.”

In Las Vegas, the Solomon Schechter Day School will welcome 84 students into its K-5 program next year, a 23 percent increase over this year, according to Beth Miller, the school’s CEO.

Las Vegas has benefited from a boom in Jewish population over the past two decades. The Adelson Educational Campus, an independent school affiliated with RAVSAK that serves children from 18 months through high school, has grown from 145 students to 500 in the past five years, according to its website.

But Miller credits her school’s growth with its unyielding emphasis on academic excellence, small classes and focus on traditional Jewish learning in a nurturing environment.

“We don’t have just good,” Miller told JTA. “I have built a dream team. Leadership starts from the top.”

But not every school is enjoying such a surge. In Baltimore, a planned merger between the Day School at Baltimore Hebrew and the Shoshana S. Cardin High School was called off recently. Neither school will reopen next year.

Of the 50 students who attended the day school, only about half will go on to other Jewish schools, said Gerry Chizek, head of school at Baltimore Hebrew.

“Every time a school closes,” Chizek said, “it means fewer leaders for the Jewish community.”