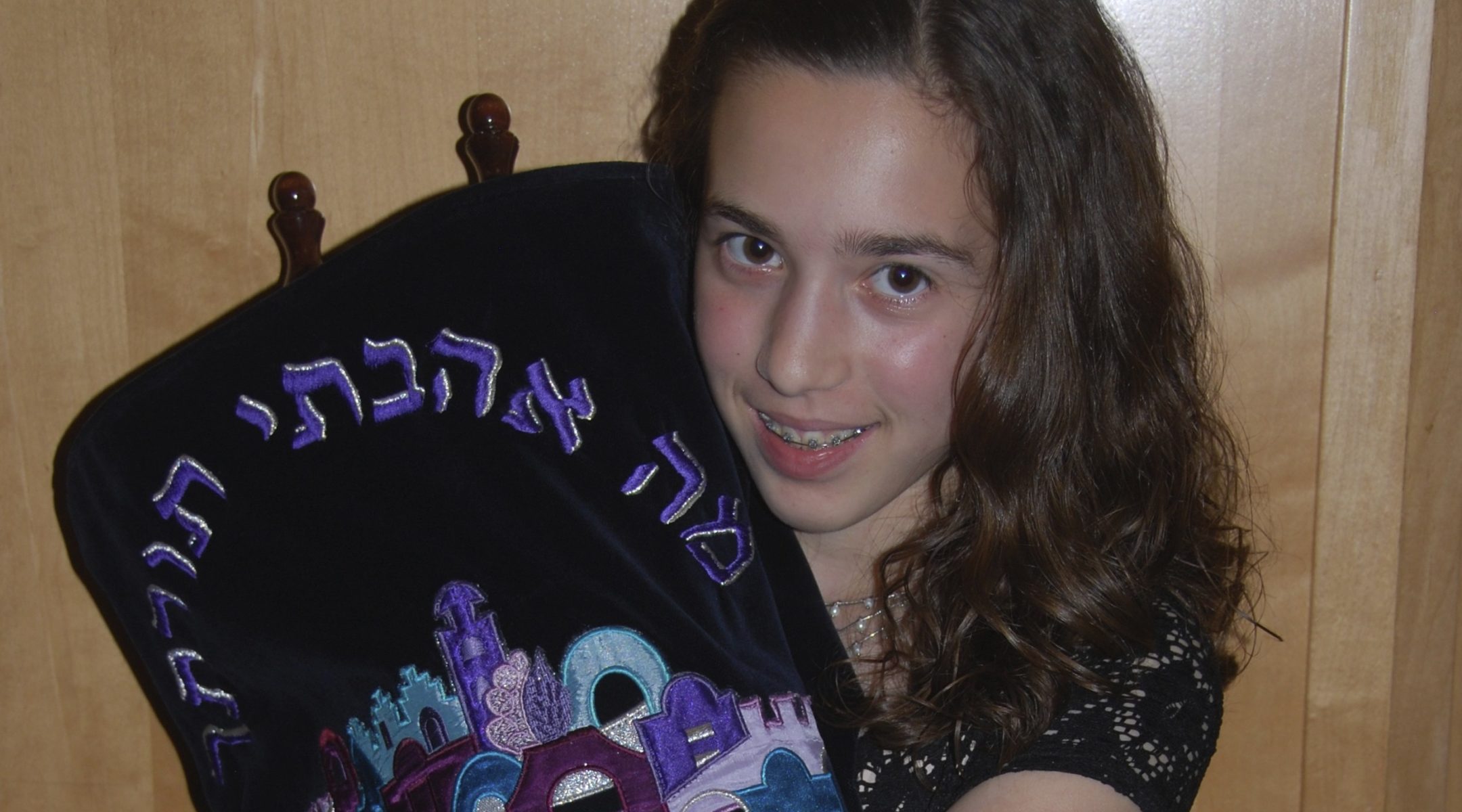 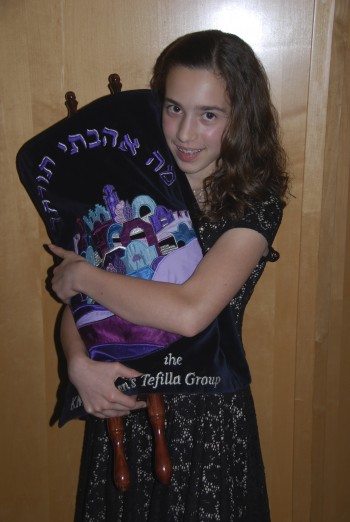 (JTA) — Preparing for one bar or bat mitzvah service is tough enough. Eliana Werbel did it twice: once for an egalitarian service at a campsite, the second at a women’s prayer service two weeks later at her family’s Modern Orthodox synagogue.

The first service came on the Hebrew date of her 12th birthday, which happens to be the second day of Shavuot. For the Werbels, Shavuot also means an annual holiday retreat to Cacapon Resort State Park in West Virginia with two dozen families from Modern Orthodox and Conservative synagogues in the Washington area. The retreat, which has taken place for the past eight years, draws about 100 people.

Busy preparing for a June 1 bat mitzvah celebration at Kemp Mill Synagogue in Silver Spring, Md., where Eliana would give a dvar Torah after the main morning service and then lead the women’s afternoon prayer service, the family wasn’t planning to mark the milestone at Cacapon. But then Eliana spoke with her mom, Nechumah Getz, about joining the women and girls who read from the Book of Ruth at the retreat on the second day of Shavuot.

“Before we knew it, she had a full bat mitzvah celebration at Cacapon,” reading not only from Ruth, but also the maftir — the final selection of that day’s Torah portion — said her dad, Aaron Werbel.

Eliana’s Shavuot talk focused on the biblical Ruth’s “loving kindness” and “girl power;” her synagogue dvar Torah centered on the weekly parsha, Shelach, with its three types of people: those who have confidence in themselves and God, those who have no faith and no confidence, and those who think that “Hashem will help them” even if they have sinned, she said.

Retreat participant Jessica Nemeth took the lead in preparing for the Shavuot bat mitzvah, picking up on the navy and white nautical theme that Eliana had selected for her synagogue celebration (her dad is a Navy commander).

In Cacapon, a poster board cut in the shape of waves featured photos of Eliana, while each table had a centerpiece of an anchor-decorated handkerchief and a sailor’s cap with her photo on it. The table numbers at her synagogue, meanwhile, had photos of Eliana throughout the years on various boats.

“I felt really excited and happy that Eliana was going to do something at Cacapon that was not only her bat mitzvah, but really part of what we do at Cacapon was having the minyan of people of different backgrounds,” says Nemeth, who belongs to Adas Israel in Washington, a Conservative synagogue. “Part of the ethos that underlies that group is we’re committed to showing our kids the diversity that you can daven egalitarian, that you can daven separately and you can still be friends with each other.”

Eliana says the Shavuot bat mitzvah in some ways was more meaningful to her than the synagogue one. Since it was Shavuot and not a typical Shabbat service, “It felt different and it was my actual birthday,” she says.

Although men and women sit separately during prayer services and women can’t lead a mixed service at Kemp Mill, the Cacapon service’s egalitarian nature was no big deal to her. “I’ve been to other egalitarian services,” she says.

Since her synagogue allows up to nine men to observe the women’s service, her dad was able to see her in action both days.

“I was incredibly gratified,” he says, “that she bit off more than was expected of her.”

If you know of a lifecycle event that would make a great story, please send an email toLifecylist@jta.org.