New mother, leading a secular life, feels tuggings of her Jewish past 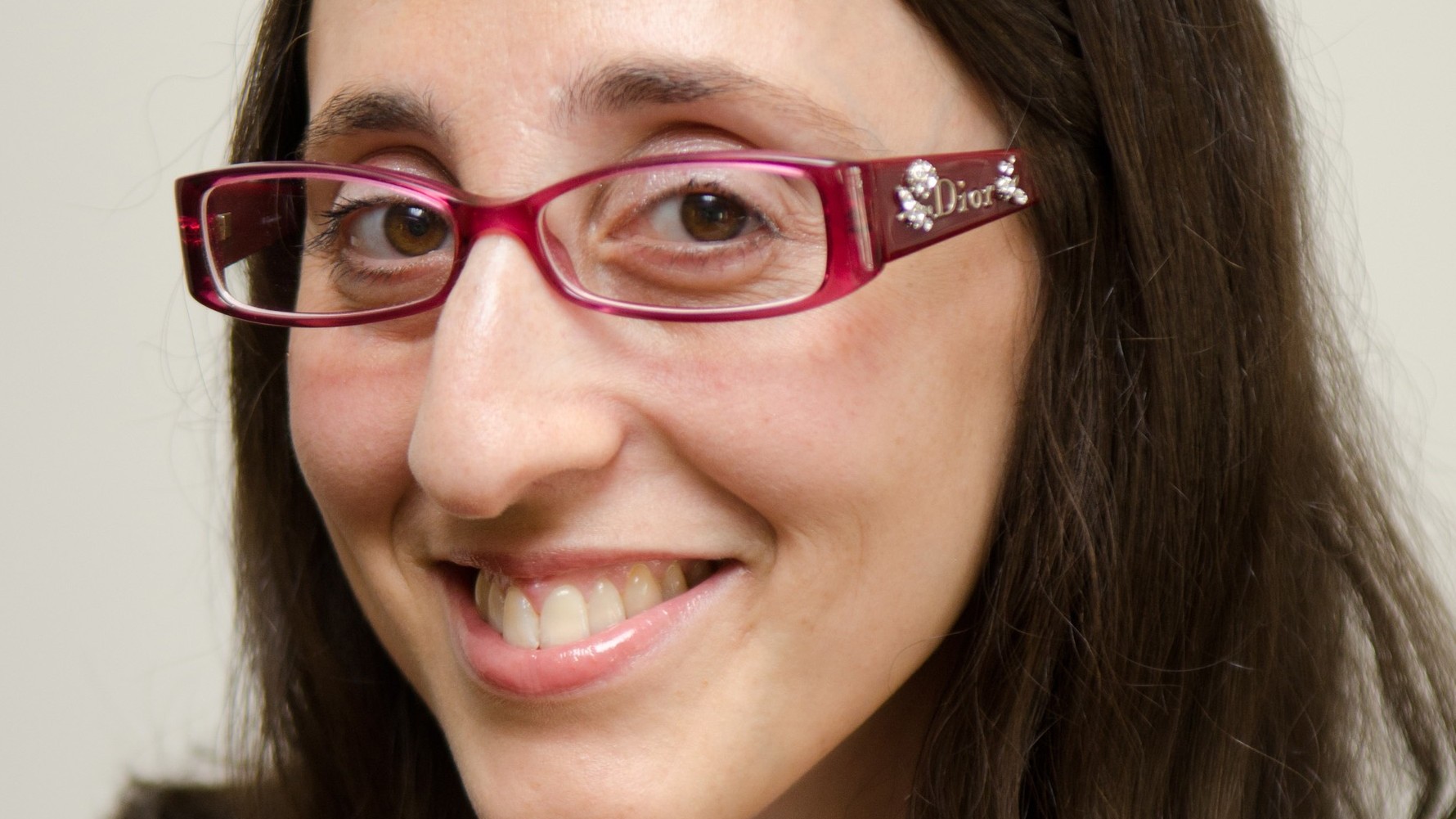 Upon the arrival of her daughter, Judy Batalion says "values I didn’t even know I held festered up like my maelstrom of hormones." (Courtesy Judy Batalion)
Advertisement 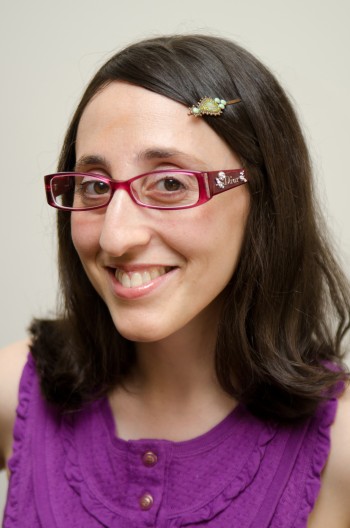 Upon the arrival of her daughter, Judy Batalion says “values I didn’t even know I held festered up like my maelstrom of hormones.” (Courtesy Judy Batalion)

NEW YORK (JTA) — “Ba’shana haba’a neshev,” I clapped along giddily as I crooned the Hebrew song about hope, wishing that my husband and 1-year-old daughter would join in. They were enjoying the band on Israeli Independence Day at a Conservative synagogue, but of course neither uttered a lyric. My daughter’s usual Manhattan sing-alongs chanted about bath time and taxis; Jon sang tunes from his own indie rock band.

But I belted out the tune, wildly waving a plastic Star of David flag, denying the reality: My daughter is unlikely to know Hebrew. Or Yiddish. She probably will never know this song.

Jon is Jewish, but a British Jew, from a different edge of the tribe. His family includes generations of knighted lawyers. He attended Christian public school. On our first trip to Israel together, he gave me a tour of Jerusalem churches.

I, on the other hand, am the daughter of immigrant-poor, kosher-keeping Holocaust survivors. I studied at a Zionist socialist school in Montreal, where we learned Yiddish grammar and 1960s Israeli poetry about army medics.

Despite our differences, we meshed. Like me, he was neither self-hating nor God-fearing. We enjoyed Jewish things, but not exclusively. We married at an Orthodox synagogue for the architectural details (Queen Anne benches!), but sans kosher caterer. We were “lobster Jews” who attended services on Yom Kippur – and only Kol Nidre. We hosted Passover seders because I love the Haggadah’s celebration of our five senses, not to mention any excuse to sing “ma-l’cha ha’yam” in both soprano and tenor.

Jon and I were a unified, secular Jewish couple — until the birth of Zelda. Upon the arrival of my daughter, whom we named for my Warsaw-escaping bubbe — values I didn’t even know I held festered up like my maelstrom of hormones. I wanted my daughter to have a Jewish life, to be defined by her roots. Jon wanted her to have a worldly existence, to be celebrated for her broadness.

It began with lullabies. When she was just days old, I rocked my minuscule Zelda to sleep, instinctively singing melodies my bubbe had sung to me, melodies I hadn’t heard in decades. Teary, I serenaded her in Yiddish about being lost at sea, about bonfires, and repeated “Oifn Pripechik” (“In the Hearth”), about a rabbi teaching children the aleph-bet.

Soon, Jon wanted in on bedtime. Together we swaddled our girl, laying her on her back in the oversized crib, and I launched into an old Bundist ballad. Jon stood, silent. This was not a good “family” activity, I realized.

“Frogs on a log?” he suggested. Gradually, musical tales of Poland were replaced with farmyard chants.

Then, at 6 months, Zelda was ready for real, if pulverized, food. Our babysitter mashed sweet potatoes, peas, chicken.

“Where’d you get that?” I panicked when I saw her spooning the mash. “We’re kosher!” We weren’t.

That night, I turned to Jon nervously.

“How do you feel about keeping a kosher home?” I asked.

He looked at me quizzically, especially because as at that moment we were eating chicken and cheese burritos.

“We aren’t kosher,” he said. “Besides, you’ve spent your whole life running away from your family’s 12 sets of plates and fishburger-only rules.”

How could I argue? He was right. Plus, he hadn’t signed up for kashrut.

Sure, marriage meant growing with each other, but Jon hadn’t rubber-stamped the ketubah envisioning a doctrinaire life disturbing his 40-year-old meal habits. I decided to table the kosher talk until Zelda was off formula.

The food debate was minor compared to our disagreement about school, which is why we were sitting in the New York shul that day, me showing Jon how “fun” synagogue was. This one had baby classes and even a preschool. Though I’d always wished I’d attended an all-girls academy with uniforms, athletics and an English curriculum not centered on Elie Wiesel, I now yearned to send Zelda to Jewish school. It was not about religion but culture: songs for Hanukkah, Tu b’Shvat — the chorus of her roots, the passionate pieces that would endow her with history, belonging.

Jon, however, feared religious education, Britishly saw it as indoctrination and worried our daughter would believe in a God that we didn’t. Even on the way over, he expressed his usual refrain: “You spent 30 years running away from your provincial community, trying to be global. All you’ve done your whole life is rebel.”

“Exactly,” I snapped. “I could.” I had a firm cultural identity which, though suffocating, was something to rebel against. Negotiating this identity drove my ambitions, my explorations. That’s what I wanted for Zelda.

Now, in the pews, I witnessed toddlers scurrying around, wondering who was already registered. At least Jon agreed to come, learn, listen, I thought as I waved the flag in Zelda’s face. She ignored it. Its corners, I noticed, drooped down, sullen, cheap.

“Daddy, out!” Zelda commanded. Jon dutifully took her to the bimah and chased her as she chased boys twice her age. (It starts early.) I watched, wondering if my genetic offspring would ever learn these tunes, love them, feel connection to the grandmother who had so firmly shaped me. Would my own daughter be assimilated and partially lost, like my husband, whose most nervous moment was being called up to the Torah? Should I force Jon to give up his treif? And what would that do to our relationship?

Zelda, with her chubby cheeks and veiny forehead, was a mix of both of us. She would have so many influences on her over which I’d have no control. My daughter will not be Jewish like me, just like she won’t be shy like me. It’s hard to imagine that the things that so define us might not define our children.

The band played “Al Kol Eileh,” Naomi Shemer’s song about appreciating the bittersweet. I could teach Jon this tune, I reasoned, so he could play it on guitar while I sang. There was always compromise. Then I got up to join them at the altar, wondering how it could be that I was smack in the middle of New York City and still had no idea how to be a Jewish mother.

(Judy Batalion, a writer based in New York, is working on a memoir about motherhood, daughterhood and the mess in between.)