With few Jews left to save, HIAS finds relevance in non-Jewish refugees 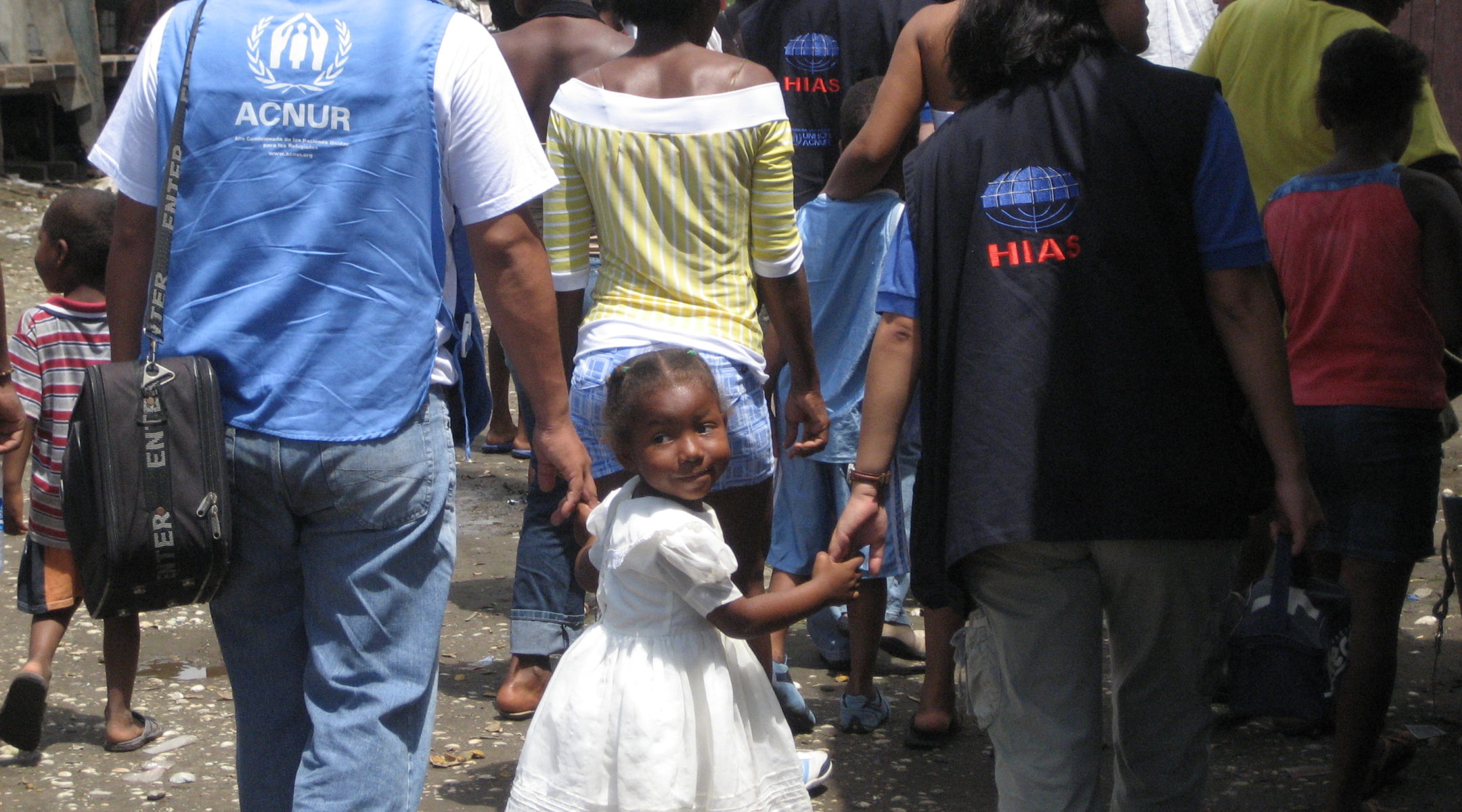 A young girl in Ecuador holding hands with representatives of HIAS, right, and the refugee agency of the United Nations. (Courtesy HIAS)
Advertisement

TARRYTOWN, N.Y. (JTA) — The new HIAS is not your grandmother’s Hebrew Immigrant Aid Society, and it’s certainly not the one that brought her mother over from the Pale of Settlement.

After decades as the Jewish community’s foremost voice on immigration — first in leading the resettlement of Jews who arrived here at the turn of the 20th century, then in absorbing hundreds of thousands of Soviet Jews in the 1980s and ’90s — HIAS is making formal its shift to refugee care and resettlement overseas.

The vast majority of its work will not be with Jews, and most of it will not be in the United States. The iconic photos of 1890s Russian babushkas and 1970s Soviet scientists arriving in New York are morphing into scenes of refugees fleeing Sudanese tribal wars and Ecuadorian migrants escaping Colombia’s drug wars.

Underscoring the shift are challenges that are not unique to HIAS: the search for a message appealing to younger Jews considered less parochially minded than their parents, and the dangers of associating with a particular issue — in this case immigration reform — seen as partisan.

The shift culminates a 15-year period in which HIAS has expanded its operations in refugee camps overseas, where it has accrued a strong reputation for service. And it comes at a time when there are few at-risk Jews in totalitarian countries that potentially require rescue. 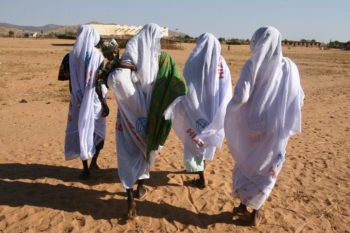 HIAS directors say the quest for relevance does not mean it is entirely abandoning the infrastructure it has built to rescue Jews at risk should the need arise. But faced with a choice between satisfying an older generation willing to support an organization focused narrowly on Jewish needs and a younger generation more inclined to see itself as citizens of the world, HIAS chose youth.

“We’re working with all refugees, and you as a young person don’t have to feel limited that we’re being myopic that you’re working with Jews,” said Sandy Spinner, a HIAS board member and chair of its programs committee.

HIAS was founded in the 1880s on the Lower East Side of Manhattan; its initial constituency was Russian Jews fleeing pogroms. Over the years, the organization became synonymous with the rescue and resettlement of persecuted Jews abroad, helping to bring over such Jewish luminaries as the philosopher Hannah Arendt, former Secretary of State Henry Kissinger, Olympian Lenny Krayzelburg and Google co-founder Sergey Brin.

But with the vast majority of the world’s Jews now living in stable democracies, the shrinking pool of potential Jewish refugees has necessitated a wholesale re-imagining of the organization’s purpose. The change is reflected in the group’s new motto, unveiled in June, which adds “Protect the Refugee” to its traditional “Welcome the Stranger.”

It’s not clear yet how HIAS will make its pitch to younger donors. Officials could only describe it in vague terms.

“Young people don’t just want to write checks, they want to be involved,” said Dale Schwartz, the incoming chairman of HIAS. But Schwartz could only speculate about the shape that involvement would take. “Legal work, organizing to raise funds?”

Hetfield, in his talk to staff in this suburban village of New York City, noted that the international refugee system is largely faith-based and that it would be a “shonda” should the Jews abandon their place at the table while various Christian and Muslims groups continue to play a prominent role.

In Kenya, the home of this young HIAS client, the immigrant aid society has taken in refugees from conflicts in neighboring countries, among others. 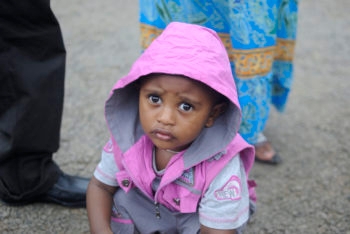 JTA PHOTOS: With few Jews left to save, HIAS finds relevance in non-Jewish refugees.
In Kenya, the home of this young HIAS client, the immigrant aid society has taken in refugees from conflicts in neighboring countries, among others. (Courtesy HIAS)

“If anyone would know about being forced to flee from their homes, the Jews would know,” said Anne Mwangi-Wambugu, HIAS’ country director for Kenya, which has taken in refugees from conflicts in neighboring countries as well as gay refugees subject to persecution in Uganda.

In Latin America, HIAS employs Argentinian Jewish psychologists who lost their jobs in the country’s economic crisis 15 years ago. Their job is to work with refugees who only have had contact with government bureaucrats. With operations in nine Ecuadorean cities, HIAS is now the country’s largest refugee agency.

“We work in the waiting rooms,” said Enrique Burbinski, the group’s regional representative for Latin America. “We try to cut the chain of violence.”

HIAS is not abandoning immigration reform. It remains one of 26 members of the Jewish Social Justice Roundtable, which has made immigration reform a priority this year. And its website calls for comprehensive immigration reform that creates a pathway to citizenship for undocumented workers in the United States and establishes border policies that enhance security while protecting human rights.

But HIAS officials hope the de-emphasis of the group’s immigration work in favor of refugee resettlement will help smooth the edges of HIAS’ relations with potential partners put off by its reform agenda.

“People would say to us, are you for illegal immigration?” Spinner said, describing the reaction of certain Christian groups. “The issues that are around refugees are much more intense and critical.”