Seeking Kin: Following a father’s footsteps back to Prague 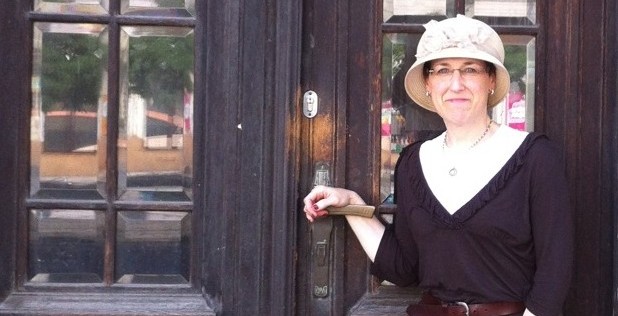 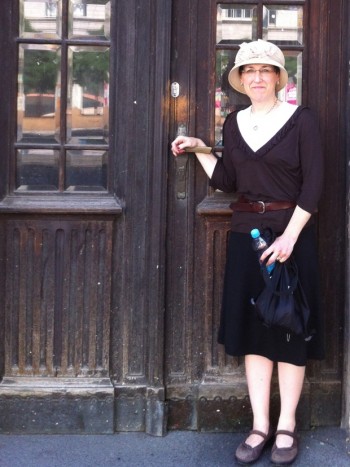 BALTIMORE (JTA) – As a girl in Seattle, Anne Bush evinced little interest in the Holocaust, even though her father, Harry, was a survivor whose mother, sister and brother-in-law had been murdered.

But as a mother in Baltimore, by then known as Chana Staiman, she gradually was drawn to the period, spurred in part by her elder son, Avi, who as a boy read incessantly on the Holocaust — to the extent, Staiman said, that she considered “taking him to see someone” for counseling.

By then, Harry Bush had already died, and Staiman came to regret not having engaged him in conversations about the Holocaust or his prewar youth.

So in late July, to celebrate their 30th wedding anniversary, Staiman and her husband, Jeremy, traveled to Prague from their home in Israel. She wanted to take in the city that had shaped the character of her father, who grew up in the Czech capital as Jindrich Busch.

The Staimans set out from Beit Shemesh, where they have lived since 2011 — Chana works as an ultrasound technologist and Jeremy owns a graphic-design firm – not knowing what they would find.

By the end of their five days in Prague, Staiman had located many sites associated with her father’s youth, including the second-floor window frame from which the young Jindrich and his brother Otto dangled their feet after being sent to their room as punishment. The Staimans also visited Terezin, the fortress turned concentration camp 40 miles north of Prague where Chana’s father was incarcerated. The Nazis later infamously duped the International Red Cross into deeming the camp a model Jewish settlement.

And they saw the fulcrum for the two portions of Bush’s European life: the assembly point from where he was deported and his idyllic upbringing in Prague ended.

To find these places, she relied on strangers in Prague – and on a cousin back in Seattle with whom she hadn’t been in touch for decades.

Staiman reached Prague familiar with the basic facts of her father’s Holocaust-era life: his arrest in a movie theater for not wearing the required Star of David; his being sent to Terezin at age 21; performing forced labor in the nearby Usti nad Labem region and at the Kladno coal mine; and his transport to the Auschwitz and Buchenwald concentration camps.

Late in the war, he survived an Allied bombing of a transport train and a German death march. In the latter, the prisoners were abandoned by fleeing guards, so he found shelter in a barn in Magdeburg, Germany, where he was liberated by Russian troops in 1945.

Staiman knew of the street name of the Prague apartment and its location in a then-Jewish area, but not the address. Her cousin, Andrea Harrison, who was raised in the city before moving to the United States in 1967, had informed her before the trip that the apartment was in the city’s 7th District on a busy street called Obrancu Miru, across from a pharmacy and down the block from a church.

Over the years, the street had been renamed Milady Horakove and reassigned to the 10th District. The owner of a kosher restaurant in Prague where the Staimans dined told them of the district’s change, which helped in locating the correct street. The Staimans went to the building, No. 965, in the Letna neighborhood.

An old woman would admit them to the foyer only briefly, so the couple made do with taking photographs of the exterior. The Staimans then went to see a plaque that memorialized the Jews rounded up there.

“It was very sobering to be in the place where the family was brought before being sent to Terezin,” Jeremy Staiman emailed the couple’s adult sons in Israel. “We looked up and down the street, and tried to picture what had happened there.”

The next day, they took a taxi to see Terezin. With them was Pavel Stransky, 92, a tour guide who had been sent there on the very same transport, on Dec. 4, 1941, that included Harry Bush. Harry’s sister Margareta and her husband, Leopold Raber, would be deported from Terezin to the Treblinka extermination camp, and Harry and his mother Elsa to Auschwitz.

The Staimans’ stay in Prague also included some nice times. They attended services at the 13th-century Altneuschul and other historic synagogues, walked across the bridges spanning the Vltava River, toured the Prague Castle and strolled in the Wallenstein Gardens.

No matter where they went, Staiman said, she felt her father’s spirit. He’d always felt warmly toward the city, and even returned for a visit late in life. Prague helped shape his jovial, outgoing personality, which she believed accounted for his success as a scrap-metal dealer.

Such ponderings beat thinking of his last days in Hawaii, where he’d acquired a lethal virus while on vacation in 1995. In the hospital there, he hallucinated that the Nazis were coming to kidnap his children.

Walking through Prague, Staiman couldn’t help thinking, “Dad would be so happy we did this. He would have been extremely overjoyed at us retracing his [early] life.”

Yehuda Bauer, an academic adviser to Yad Vashem, Israel’s Holocaust memorial, says individuals react differently during ancestral journeys like Staiman’s, and they can be meaningful.

Such visits are “certainly interesting and, for many people, important,” said Bauer, a Prague native. “If it adds understanding or intuition about what happened, that’s fine; that’s very good.”

In Staiman’s case, visiting Prague also is helping repair a breach in her extended family. She’d long been out of contact with Harrison before consulting her prior to the Prague trip. One reason for the drift was religious: Her family branch is Jewish, while Harrison’s is Catholic.

“I’m happy to have reconnected with someone from my family, Jewish or not,” Staiman said. “We have the same history. I’m extremely sorry we had not been in touch all these years, but now we will be.”