At JDate singles’ weekend, it’s about fun and pirates — not (necessarily) meeting someone 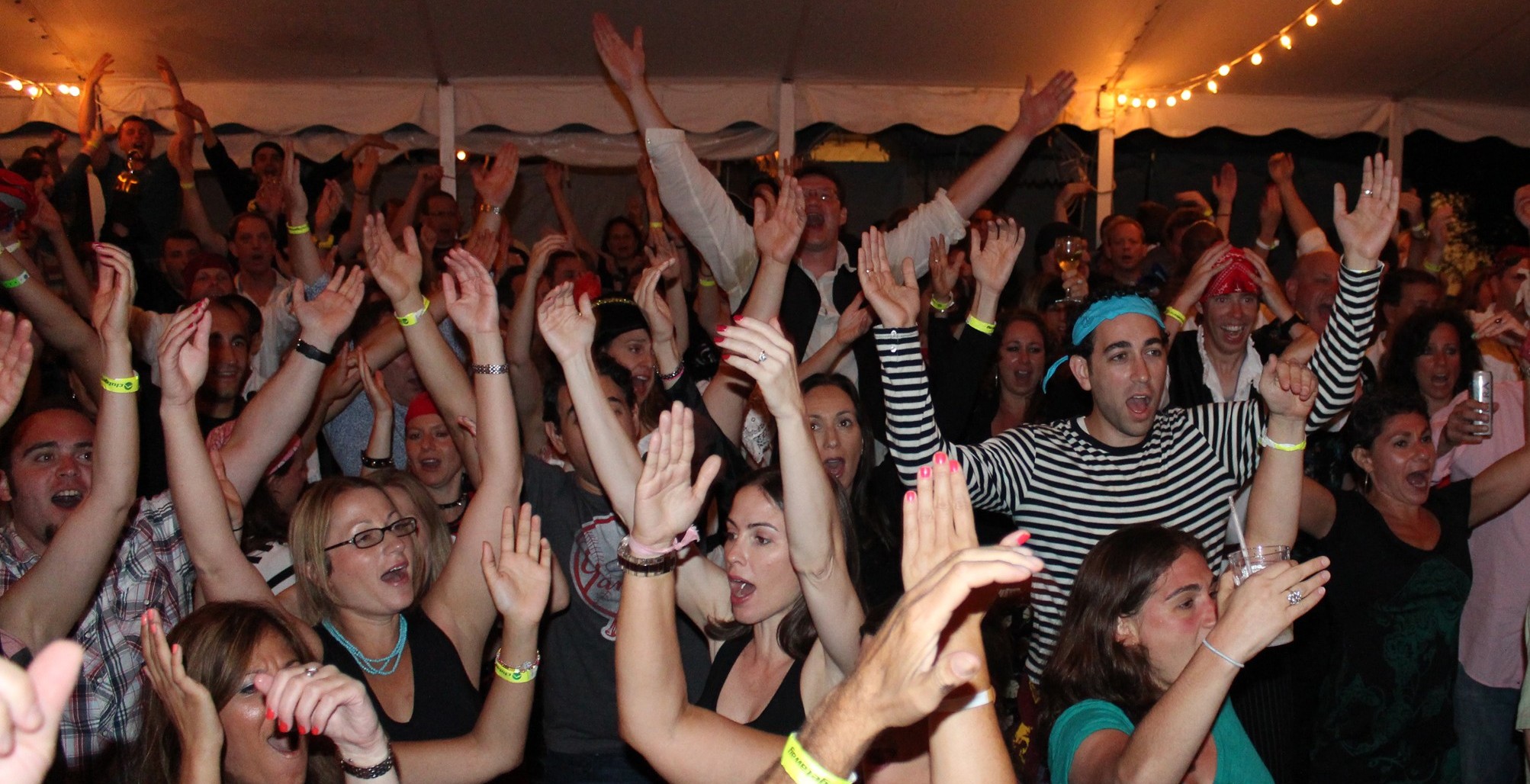 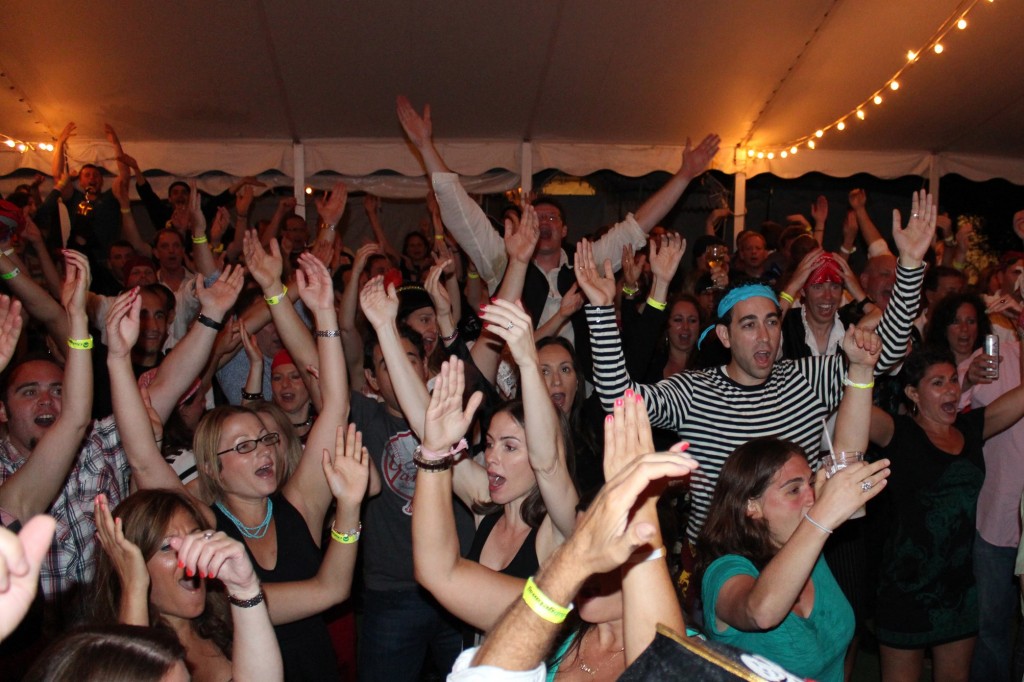 KENT, Conn. (JTA) — Summer camp was not among the highlights of my youth. Maybe it was my allergies or camp’s rampant cliquiness, but the experience just never seemed to live up to the hype. It was mainly an awkward rite of passage that I just had to get through, much like high school but with more bugs.

Jewish singles weekend often are no better. They’re usually filled with awkward icebreakers, overly zealous matchmakers and people way out of my age range who believe 20s-30s is really just a suggestion.

So when JDate billed its J-Weekend at Connecticut’s Club Getaway as “summer camp for adults,” I was doubly unenthusiastic. Despite the misgivings, I packed my bags for a weekend of adventure and possible romance, and hopefully not too much schmaltz.

“We strive to build and strengthen the Jewish community, and offline events like the J-Weekends are a great way to complement the online dating experience,” said Arielle Schechtman, director of public and community relations for Spark Networks, JDate’s parent company.

Young men and women competing in a relay race at the singles weekends at Club Getaway in Kent, Conn., Aug. 10, 2013. (Josh Lipowsky)

Internet dating has exploded in popularity since JDate premiered more than 15 years ago, the first in what is now a crowded field of Jewish dating websites. Since 2008, the site has partnered with Club Getaway, which has been running J-Weekends for about two decades.

The weekend began Aug. 9 when some 100 singles piled into a party bus for the two-hour trek from New York to northwest Connecticut. Staff onboard got the fun started early, generously doling out wine and snacks.

Given that no singles weekend is complete without the uncomfortable get-acquainted sessions known as icebreakers, one staffer had the singles switch seats based on common interests. And so it was that Ahna Blutreich and I spent the ride discussing our culinary hobbies.

Ahna had been to J-Weekend twice before but was turned off by the number of older, divorced folks. A tough work schedule convinced her to give it another shot.

“I needed to get away so badly this weekend, age wasn’t a factor, but relaxing was,” she said. “Club Getaway is a nice place to go for a weekend to forget the hectic New York life for a few days.”

With a full activity schedule, there isn’t much time for relaxing at Club Getaway, though escaping to the lakefront is always an option. So are typical camp activities such as archery, kayaking and water skiing, mixed with some spicier grown-up activities like wine tastings, Thai massage and pole dancing — the latter activity restricted to the ladies.

“It’s just a great opportunity for people with the same background and same religious beliefs to get together and experience camp,” said Club Getaway owner David Schreiber. “What better way to meet people, as opposed to sitting in a restaurant, than rock climbing, hiking and having that common bond?”

It was the array of activities that drew Slava Shyket of Milford, Conn., to the weekend, but the possibility of finding a soul mate is in the back of her mind, too.

“I feel like if I go on several weekends I maximize my chances,” she said. “I only do the activities I like to do. If the guy is doing that activity, we at least have something in common.”

As a seasoned pro, I figured Shyket would know which classes were best, so I joined her for wine tasting, hot stone massage and break dancing. A week later, I’m still sore from the break dancing, but now I have moves like Jagger — or at least like YouTube bar mitzvah sensation Sam Horowitz.

Color war is a staple of most summer camps, and Club Getaway is no exception, except here it was condensed down to under an hour. We tossed water balloons, spun around baseball bats and literally jumped through (hula) hoops.

The yellow team claimed the title, helped by extra points when one team member’s pants fell down during a race. Nudity equals bonus points, a staffer told us.

What I enjoyed most, however, was Swashbuckling 101. Fencing is full of rules and ceremony, but swashbuckling is down-and-dirty fighting, explained our instructor Alberto, who trains celebrities to use the blade for fight scenes.

Having dressed as Zorro two years in a row for Halloween, I lunged (get it?) at the opportunity.

With five moves, Alberto taught us the basics of attacking and defending in a Hollywood sword fight. With just three people in the class, we were truly a modern-day Three Musketeers ready to rouse some rabble with rapscallion pirates at the local watering hole.

Swashbuckling paid off Saturday night at the pirate-themed dinner and dance, complete with costumed aerialists hanging from the ceiling and a number of JDaters in pirate garb practicing their bad pirate slang. Hooking up takes on a whole different meaning for one-handed pirates.

Pirates aside, it was really the Jewish content — or lack thereof — that separated J-Weekend from other Jewish singles weekends.

With 200 or so mostly secular attendees, J-Weekend really wasn’t all that Jewy. There was no acknowledgment of Shabbat, and while staffers kept reiterating that the meat used over the weekend was kosher, the presence of turkey sausage next to the cheese blintzes at breakfast made me skeptical. Glatt kosher meals (aka airline food) were available upon request, but vegetarian options also abounded.

Club Getaway offered campers a variety of activities, such as trapeze lessons, to choose from over the weekend. (Courtesy Club Getaway)

Besides a round of speed dating hosted by HurryDate (another Spark Networks property), JDate has little influence on the programming, said Schechtman. At the behest of a staffer, J-Weekend added a Havdalah service this year. Schreiber wasn’t sure how the singles would respond, but said he received “phenomenal” feedback.

“We consider adding more religious components if that’s what the market is asking for,” Schreiber said. “With JDate and this market, it’s traditionally very secular.”

As an old hand at (or survivor of) the dreaded Jewish singles weekend, I had certain expectations heading into the weekend, but J-Weekend turned out to be different from anything I had previously attended. The best tip I picked up over the years was to focus on just having fun, not meeting your match, and interacting with people in the daylight rather than window shopping online by the light of my computer screen provided that opportunity.

Alissa Cipriano of New York, participating in her third J-Weekend, called her adventures of trapeze and mountain biking “a great time with nice people.”

“If you meet someone, that’s great, but that’s not the motive,” she said.

One of my swashbuckling compatriots, Robert Kiselman of New York, agreed.

“People should really try this at least once,” he said, “to get the beautiful experience.”