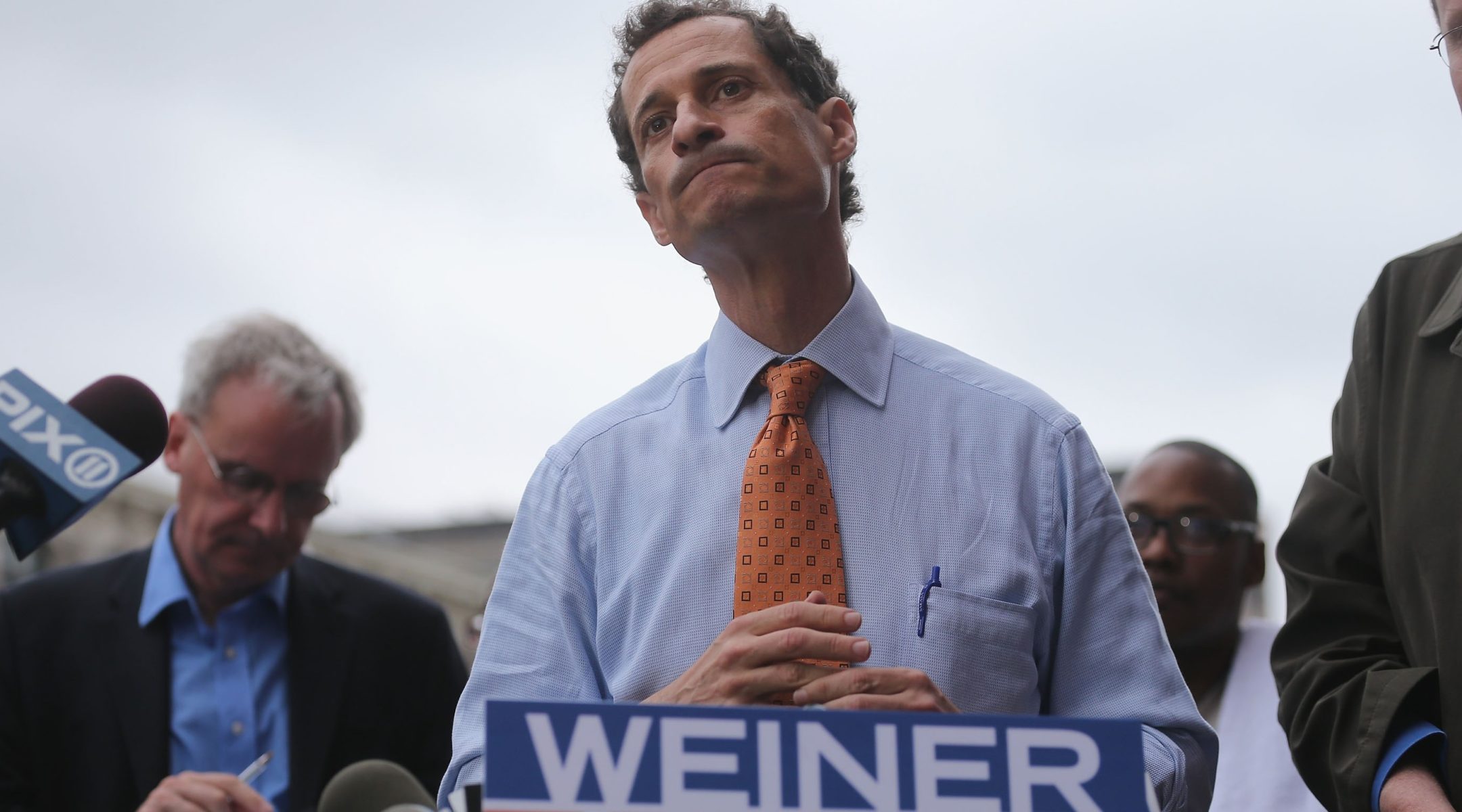 The longtime executive director of New York’s 92nd Street Y was fired this summer following revelations of an affair with Catherine Marto, the cultural center’s liaison for board and donor relations. What makes the scandal particularly juicy is that Adler’s termination came just days after the Y announced it had fired several employees over an investigation into kickbacks. Among those fired was Sal Taddeo, Marto’s son-in-law. Marto was fired, too, after the Y determined that she provided unsatisfactory answers to questions about Taddeo. 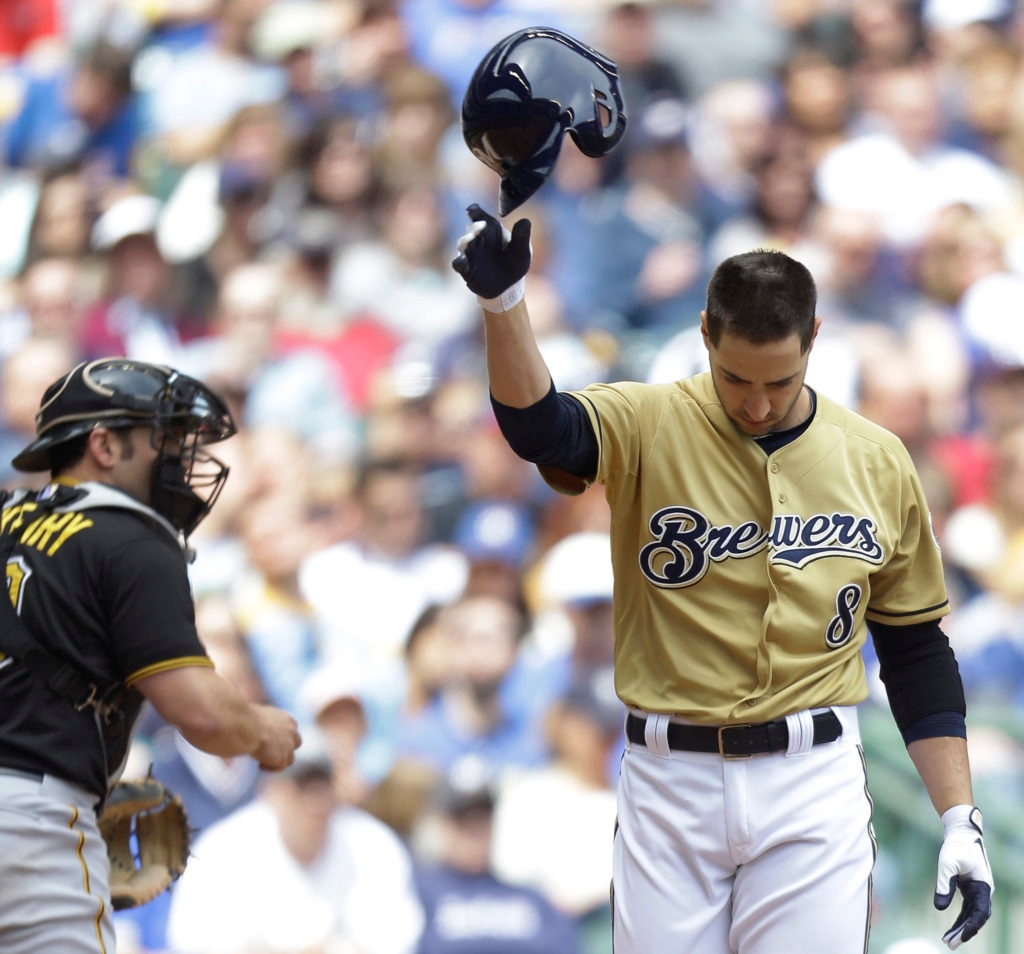 Ryan Braun of the Milwaukee Brewers won’t be throwing any more helmets this season following his suspension for violating Major League Baseball’s drug policy. His tirade here came after striking out in a game against the Pittsburgh Pirates at Miller Park in Milwaukee, May 26, 2013. (Mike McGinnis/Getty Images)

It wasn’t so long ago that Ryan Braun was racking up stellar numbers and earning comparisons to Jewish greats like Greenberg and Koufax. But now, his season ended early with a suspension for violating Major League Baseball’s Joint Drug Agreement, the hero status among Jews of the “Hebrew Hammer” has suffered, probably irreparably. Merely using performance-enhancing drugs might not be enough to get you named to the scandal list (sadly, that’s pretty common today). But what is particularly galling are Braun’s indignant pronouncements of innocence after getting a previous positive test thrown out on a technicality — he even played the anti-Semitism card. And he still hasn’t come completely clean. “I realize now that I have made some mistakes,” was all Braun would say after agreeing to his suspension. 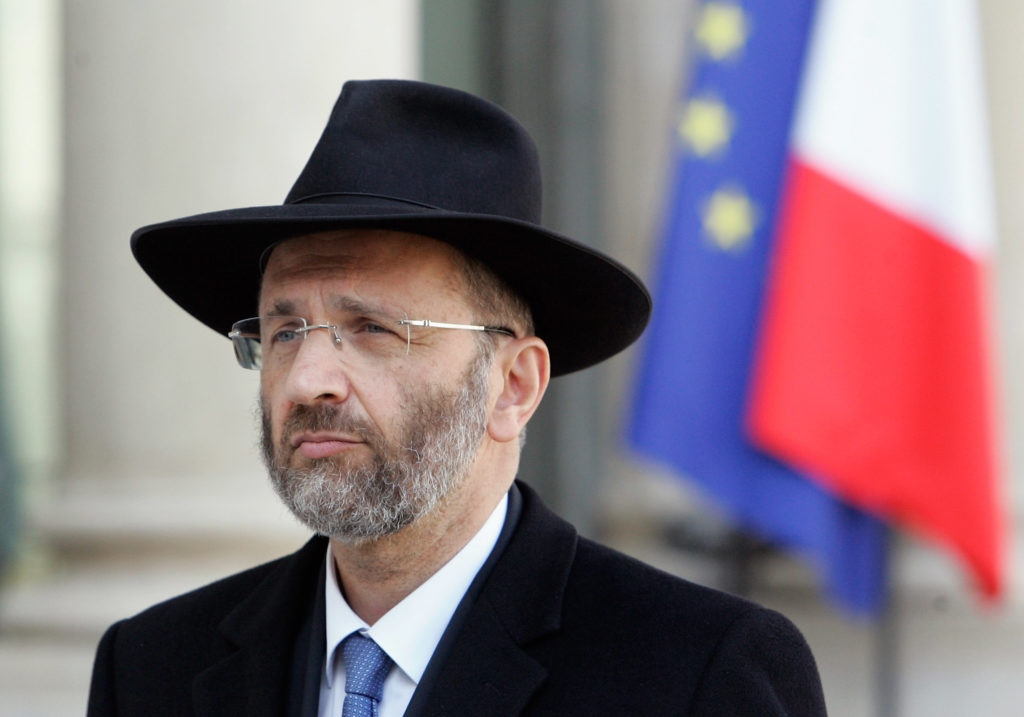 The chief rabbi of France enjoyed a quasi-celebrity status in his country before evidence emerged that he had committed several instances of plagiarism and let others believe he held an academic degree he never actually earned. Bernheim’s essay opposing gay marriage, which Pope Benedict quoted during a December address at the Vatican, was found to contain eight sentences lifted from another source. Bernheim initially denied the charges, then acknowledged “serious mistakes” in a radio interview. He vowed not to resign. Until he did in April.

German officials lay a wreath at Yad Vashem in Jerusalem as Claims Conference officials look on, May 2013. (Sasson Tiram)

In May, an employee of the main Jewish group handling Holocaust restitution claims was convicted of orchestrating a years-long $57 million scheme that defrauded the German government of monies it believed it was paying out to survivors of the Nazis. But the Claims Conference’s troubles were just beginning. In the course of the trial, a document emerged showing Claims Conference leaders were alerted to several fraudulent cases in 2001. Then JTA obtained a document showing the letter led to a probe that failed to uncover the scheme, which continued for several more years. Calls for an external investigation and the resignation of Claims Conference officials went unheeded.

Doheny Glatt Kosher Meats will open under new management soon after being shut down because its owner smuggled uncertified meat into the popular Los Angeles market. (via Google Street )

Dohany Glatt Kosher Meats in Los Angeles was a major purveyor of kosher food to Jewish Angelenos. That was until its owner, Mike Engelman, was captured on videotape in March unloading boxes of meat from his car while the store’s kosher supervisor was absent. The footage led the Rabbinical Council of California to revoke the shop’s kosher certification the day before Passover, leaving many kosher consumers in the lurch. But Engelman’s problems were just beginning: At least two lawsuits have been filed against him for fraud, and the U.S. Department of Agriculture launched an investigation.

(Photo by the city of San Diego)

After 20 years without a Democrat helming the eighth largest U.S. city, Bob Filner’s November election as San Diego mayor promised to bring a respected liberal voice to City Hall. That was before a series of former female employees came forward with allegations of creepy sexual misconduct, including stroking one woman’s cheek and inviting another to come to work without panties. Filner apologized, and briefly checked himself into an “intensive” rehab program, and initially refused calls that he step down. Even for the employees of the Hooters restaurant chain, this was too much. But Filner ultimately capitulated, resigning his office while maintaining his innocence.

Unlike many of the political scandals swirling this year, the case of William Rapfogel is just depressing. After more than 20 years as the head of the New York area’s largest Jewish anti-poverty group, Rapfogel was abruptly dismissed amid allegations of financial impropriety. The details are still sketchy, but reports suggest they involve overcharging insurance companies and then siphoning off the top. Jewish leaders reacted with shock to the fall of a political power broker whose wife is chief of staff to one of the most important politicians in the state.

In one of the highest-profile Orthodox sex scandals to come to trial, a New York state court found Nechemya Weberman guilty of 59 counts of sexually abusing a teenage girl in his care. He was sentenced in January to 103 years in prison. The victim had been sent for counseling to Weberman, an unlicensed therapist and a member of the Satmar hasidic community in Brooklyn. Weberman is alleged to have molested several other victims as well, but he maintained his innocence throughout.

New York mayoral candidate Anthony Weiner and wife Huma Abedin at a news conference in New York City at which Weiner acknowledged that he engaged in lewd online conversations with a woman after his resignation from Congress, July 23, 2013. (Photo by John Moore/Getty Images)

A sexting compulsion forced Anthony Weiner from Congress last fall, but following a brief withdrawal from public life he re-emerged this summer to campaign for New York City mayor. Weiner jumped out ahead of the pack quickly before another bombshell hit: He had continued sexting even after his resignation from the House, using the nom de tweet Carlos Danger. Despite calls from virtually every editorial page in town to drop out and spare the city a circus of a mayoral race, Weiner declined, saying it would be a very un-New York thing to do.

Two former Yeshiva University rabbis, George Finkelstein and Macy Gordon, were the subjects of a series of articles this year in the Forward alleging that they had inappropriate contact with teenage students over a period of years. The university is now facing a $380 million class-action lawsuit brought by dozens of former students at its high school for boys who charge that the university knew about the situation and did nothing to stop it. Upon stepping down as chancellor at the end of his contract in June, Rabbi Norman Lamm — the university’s president at the time of the alleged incidents — wrote a lengthy letter in which he said his handling of the matter was “wrong.”