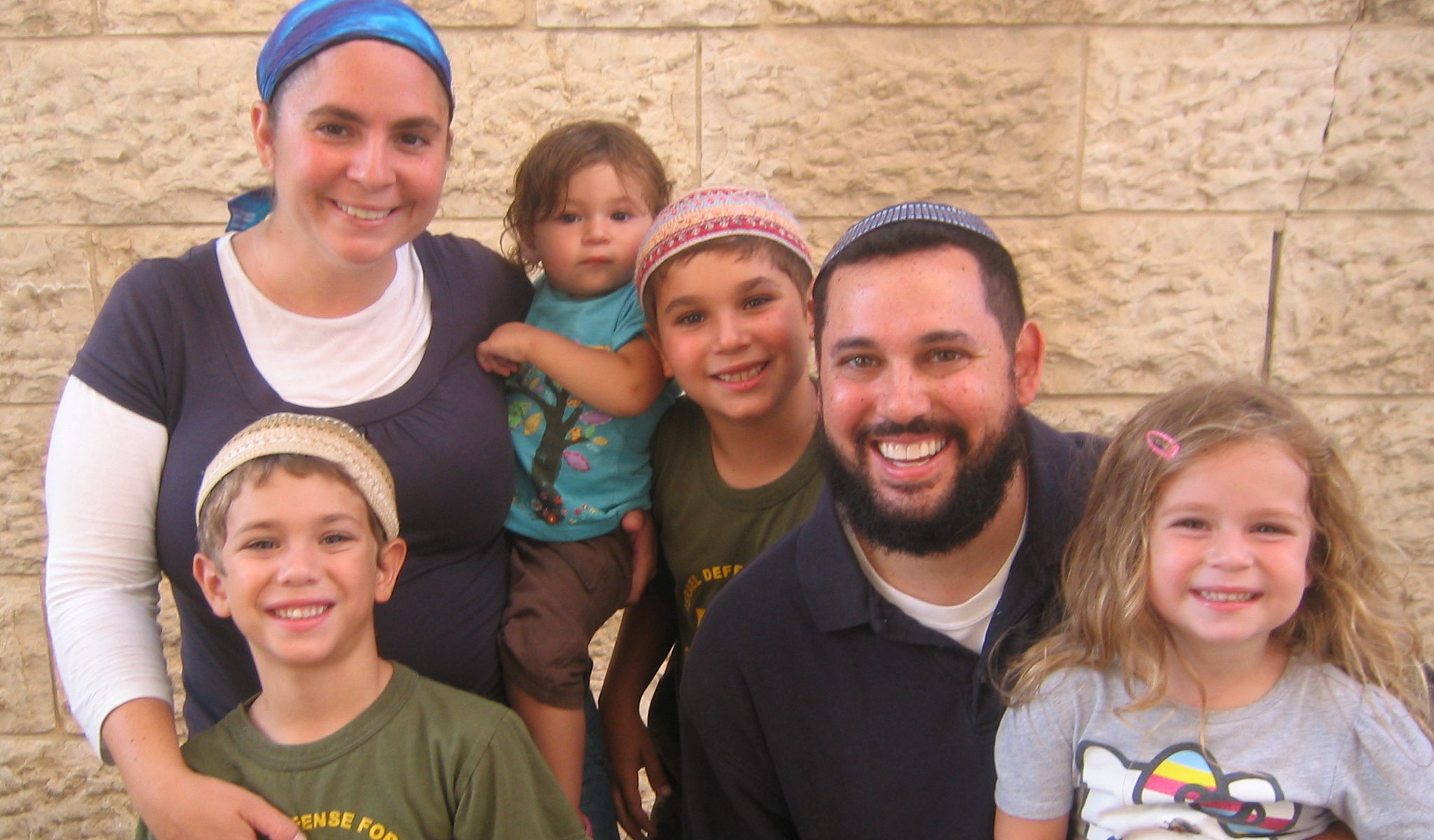 (JTA) — It didn’t take long after Rabbi Uri Topolosky moved to New Orleans in 2007 for the moderate Orthodox rabbi to win plaudits for helping the city’s Jewish community heal following Hurricane Katrina in 2005.

The congregation Topolosky was hired to lead, Beth Israel, had seen its building destroyed during the hurricane and ever since had been meeting in a room at the local Reform temple. The first Shabbat he was in town, Topolosky made a point of participating not only in the Orthodox service, but in the Reform one, too.

Over the next six years, Topolosky expanded his congregation, helped Beth Israel erect a new building, put up an eruv enclosure in New Orleans and, at least when Katrina anniversaries rolled around, enjoyed a national reputation as an exemplar of Jewish interdenominational cooperation.

But this year’s Katrina anniversary finds Topolosky in a much different place: his new home in suburban Washington.

Early this month, Topolosky, his wife and four children left the Big Easy for Maryland, where Topolosky will lead a small congregation in Rockville, Beth Joshua, and be a rabbi at the 700-student Melvin J. Berman Hebrew Academy, which he attended. The congregation meets in the school.

Topolosky attributes his move to the deteriorating Jewish educational landscape in New Orleans, which he said no longer suits his kids’ needs.

“Part of me was very sad to move back to the Northeast,” said Topolosky, who grew up in the Maryland area and now has children ranging in age from 2 to 9. “But we really wanted to go back to a community where there was a job and there was a school.”

New Orleans’ Jewish school is in dire straits. After being shuttered for a year following Katrina, the school, established in 1996, has not managed to recoup its pre-storm enrollment of more than 80 students.

Enrollment reached its post-Katrina peak of 51 in 2010-‘11, but it tumbled after the school’s board decided to actively recruit non-Jewish students. Last year there were 38 pupils, and this term there are 29 — approximately half are not Jewish.

Last September, the board dropped the word Jewish from the school’s name, changing it from the New Orleans Jewish Day School to Community Day School. The school still offers about two hours per day of mandatory Jewish and Hebrew study, but it wasn’t enough for the Topoloskys — or many others.

“Many of the Jewish families left, including children of rabbis,” Sharon Pollin, the new head of the school, told JTA.

Pollin cited as reasons the small number of students, the shrinking number of Jewish students and the commute. The school is located in the suburb of Metairie, and many Jewish families now live in New Orleans proper.

This year, the school eliminated its fifth grade and consolidated four of its grades into two.

The school’s troubles “just sort of pushed the question for us of whether it was time to go,” Topolosky said. “We wanted our kids to have an environment where they were within the Jewish community, had other Jewish kids to be with, playmates on Shabbat.”

Beth Israel has hired a successor to Topolosky, Rabbi Gabriel Greenberg, but he won’t be coming to New Orleans for another year because of his commitment at the Hillel of the University of California, Berkeley.

The day school’s troubles and Topolosky’s departure offer a counterpoint to the upbeat narrative of growth and resurgence often cited by Jewish community leaders in New Orleans.

But the executive director of the Jewish Federation of Greater New Orleans, Michael Weil, says the two developments have specific causes that do not correlate with the overall health of the New Orleans Jewish community.

“The school and Topolosky’s move are not representative of a trend,” Weil said. “The community is probably in the best place it’s ever been.”

New Orleans Jewry recently surpassed its pre-Katrina size of 9,500, according to Weil, with an estimated 9,870 Jews in the city. There are fewer older Jews but many more young Jewish professionals. The federation runs a Jewish newcomers program that offers young Jews who move to the city a free year of JCC and synagogue membership, a $500 credit at the Jewish school and a free meal at a local kosher restaurant.

“The system gives something away for free of real value, enables us to track everybody and encourages people to engage in the Jewish community, which is really what we want,” Weil said. “We probably catch in our net 75 percent of all the new Jews who move in here.”

Topolosky says it was difficult to leave New Orleans, but ultimately the community could not provide what his Orthodox family required.

Even though Topolosky’s congregation was able to rebuild, Beth Israel still has not been able to restore its pre-Katrina daily minyan. Now a typical Shabbat morning service draws about 40 worshipers, and Friday night services 25. Only a handful of families in New Orleans adhere to Orthodox observance.

The other Orthodox synagogue in town, Anshe Sfard, has an even smaller congregation. There are also three Chabad centers in the area, and plans to open a new Chabad-run school in 2014.

“New Orleans never was, nor do I imagine it ever will be, a haven for Orthodox Judaism,” Topolosky said. “We loved the idea of a small community, we loved knowing our congregation, being a part of making a difference. But the problem is those small communities rarely come with the benefits of a larger community — most importantly, a school.”

In their new home, the Topoloskys have been able to find a bit of both a large community and a small one.

Beth Joshua, the congregation Topolosky will lead, has just 20 families. Though it is housed in a large Orthodox school, only a handful of Orthodox families live in the surrounding neighborhood, Aspen Hill. Nearly all of the students at Berman Hebrew Academy are driven in from nearby Silver Spring, Potomac and Washington’s Shepherds Park neighborhood.

For Topolosky, the move to Maryland is also a homecoming. Along with growing up in the area and attending the Berman academy’s high school, he also has family nearby.

“We were very lucky to find a very small Orthodox community we can grow and at the same time be surrounded by the amenities of a large community,” Topolosky said, “most significantly, the school.”