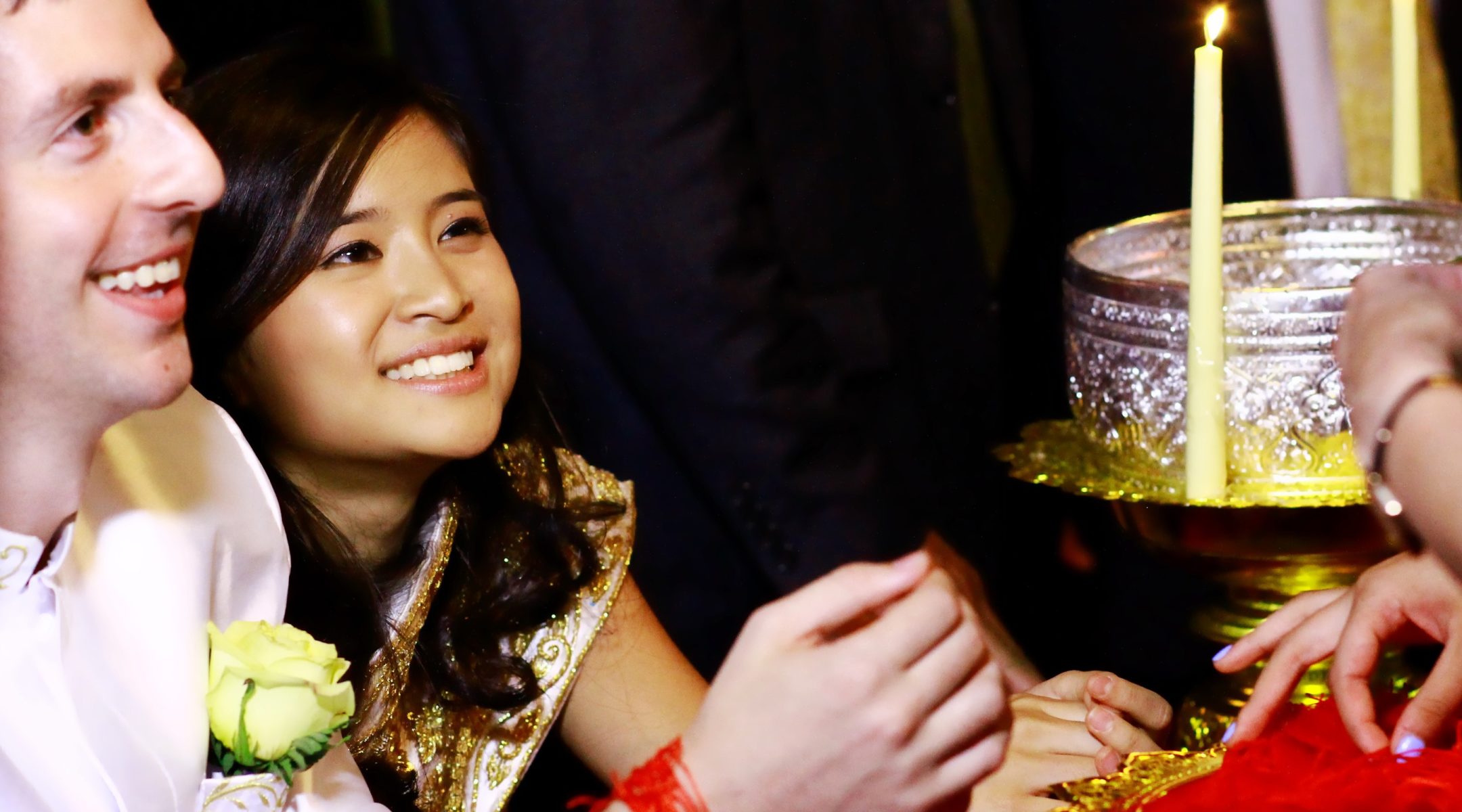 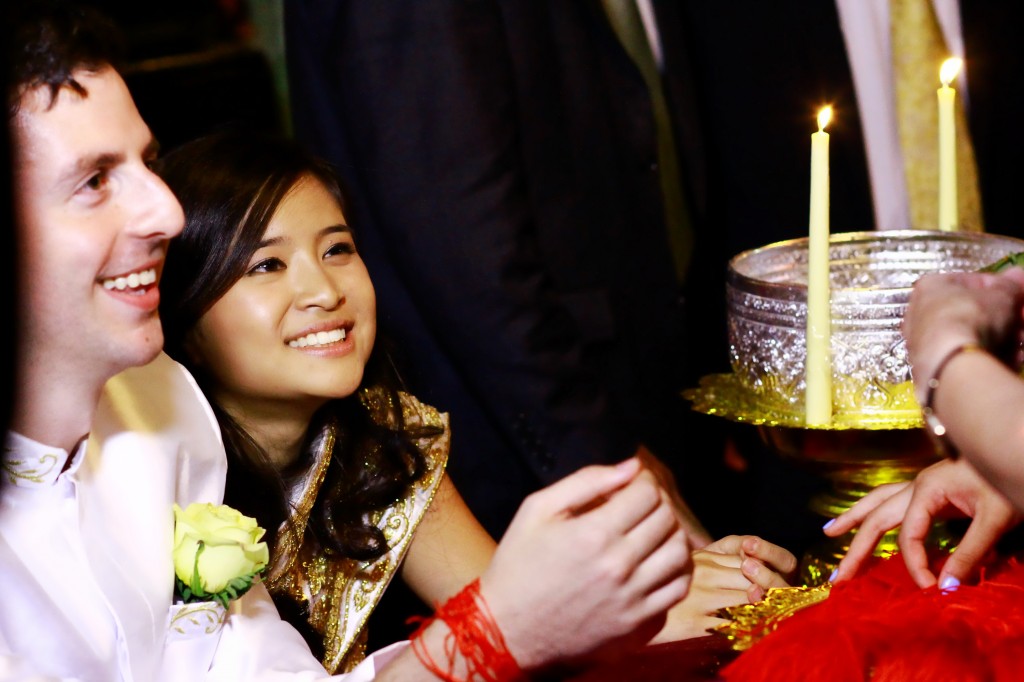 (JTA) — Standing beneath the huppah, the couple was blessed with the priestly benediction four times in four different languages.

William Rubenstein’s father offered the prayer in the traditional Hebrew, his mother in English, his bride’s mother in French, her father in Cambodian.

“Having parents say something at the ceremony is very important and I always include it when possible,” says Rabbi Moshe Waldoks, who officiated at Will and Rachel Sam’s Aug. 11 wedding in Boston and suggested the blessing be given in the four languages.

The French and Cambodian were a nod to Rachel’s having grown up in France and Cambodia. Another hint of her background came in the dozens of red strings she and her groom wore on each of their wrists, strings tied in a traditional Cambodian Buddhist wedding celebration held the previous day.

Rachel and Will began dating as students at Yale — he graduated in 2008, she a year later. The couple became engaged in April 2012 and by the following May, Rachel, 25, had completed her conversion to Judaism.

Rachel, who says she was drawn to the social action aspects of Judaism, now considers herself a “JewBu.”

“My Buddhism is very much a spiritual thing,” she says, explaining why she doesn’t see it as being in conflict with her Judaism.

“We were both in agreement that we wanted to raise our children in a Jewish household,” so conversion “seemed like an important first step,” she says, noting that the household will be multicultural as well — “a unique mixture of French, Cambodian, Jewish and Buddhist.”

The evening before the Jewish ceremony in Boston, the couple held a Cambodian wedding celebration in nearby Lowell, complete with traditional Cambodian wedding garb: for Rachel, a long skirt and a large scarf-like, gold-threaded fabric tied as a top; for Will, harem-type black pants and a white satin Nehru-style jacket, with a gold-trimmed collar.

Their Buddhist celebration included a jong dai ceremony in which the couple is seated while family and friends individually bring them prayers and good wishes and then tie a string around each of their wrists as the bride and groom rest their hands on a pillow.  “It’s an opportunity for people to give a custom wish” to the couple, Rachel says, with some people choosing to dip the string into water that has been blessed by a Buddhist religious figure.

The couple wore the strings for three days. Rachel’s family typically uses white strings; she and her husband chose red. “We just thought they were more festive,” she says.

The jong dai ceremony was “something that was new to me, but I knew it’s not just me getting married and we had Rachel’s whole family coming over and wanted to be sure that we were inclusive of their traditions as well,” says Will, 27, a student at Icahn School of Medicine at Mount Sinai in New York.

“When you convert to Judaism, that’s a big change, but you don’t completely change who you are as a person,” Will says. “It was great to be able to include everyone and have a part of where she came from as well.”

If you know of a lifecycle event that would make a great story, please email lifecyclist@jta.org.