Ronan Farrow: Son of Woody Allen or Frank Sinatra? Whatever 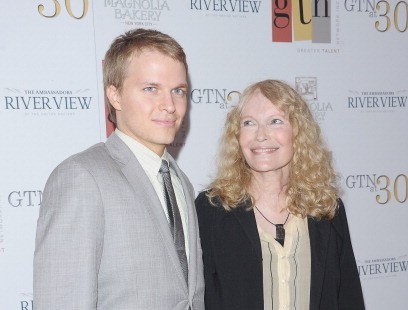 Mia Farrow has revealed in a recent Vanity Fair piece that her son Ronan, long assumed to be the lone biological offspring of Farrow and Woody Allen, might really be the child of  Frank Sinatra. No DNA tests prove this, but when you juxtapose the right photos it seems entirely unlikely.

While one might think it would be traumatic to see such personal and life-altering news splattered all over the media, Ronan appears to be taking it in stride — at least per his Twitter account.