Women of the Wall agrees to pray in egalitarian space, with conditions 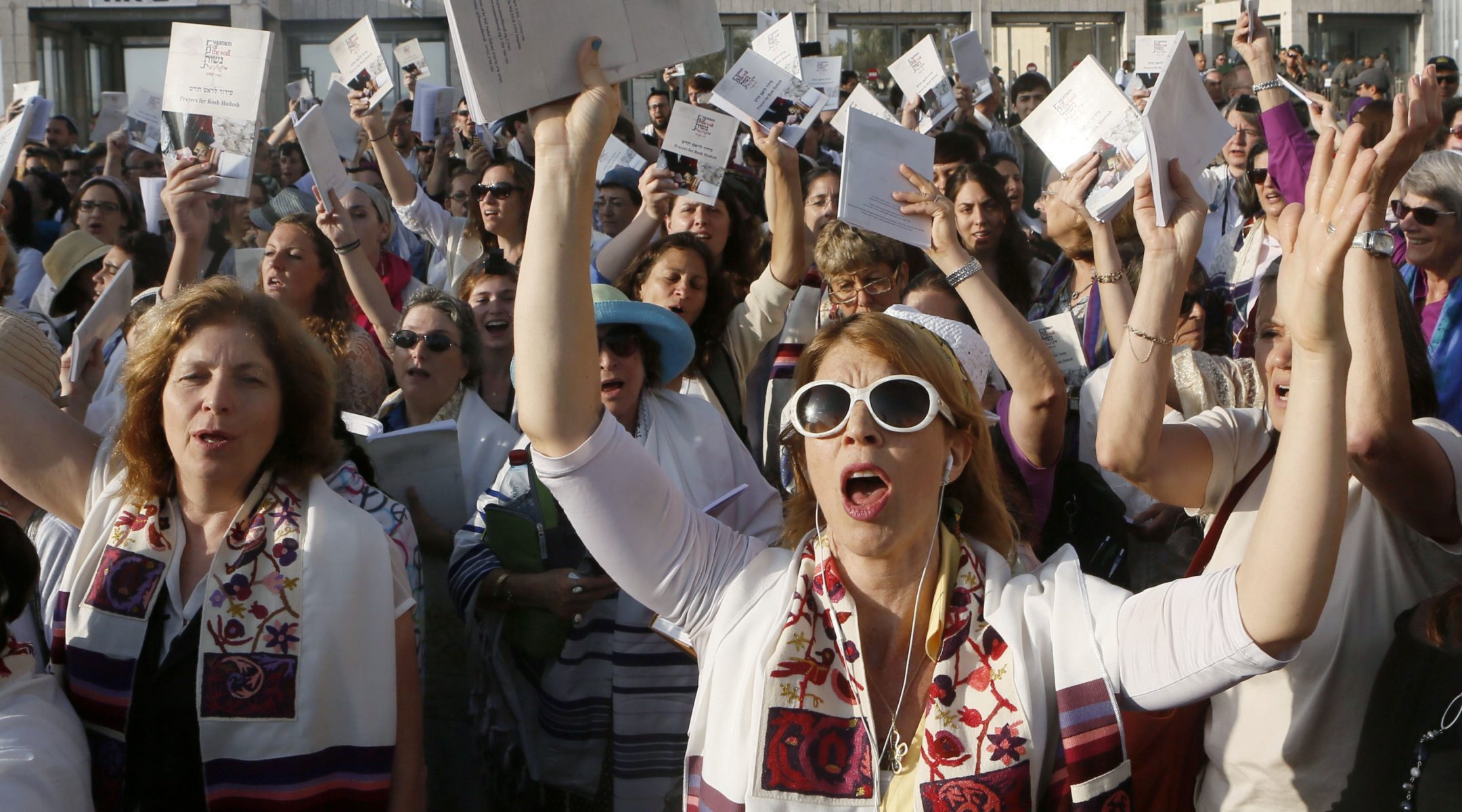 TEL AVIV (JTA) — Women of the Wall agreed in principle to pray in a new egalitarian space adjacent to the Western Wall Plaza, provided the space meets several conditions regarding design and management.

Until those conditions are met, Women of the Wall said in a statement Monday that it will continue praying at the women’s section of the Western Wall, as the group has for 25 years.

Before now, though, the group had said a new egalitarian section of the wall would not be “relevant” to its needs.

Monday’s policy change brings Women of the Wall in line with other non-Orthodox groups in Israel, such as the Conservative and Reform movements, which saw the new section as an answer to their requests for pluralism at the holy site. Yizhar Hess, CEO of the Conservative movement in Israel, called the change “a very positive step.”

The egalitarian section, to be located in an area adjacent to the plaza known as Robinson’s Arch, was first proposed in April as part of a plan by Jewish Agency for Israel Chairman Natan Sharansky to resolve religious conflict at the wall. Sharansky, along with Knesset Cabinet secretary Avichai Mandelblit, is due to release the full plan in the coming weeks.

Women of the Wall meets at the beginning of each Jewish month for a women’s service at the Western Wall. Its chairwoman, Anat Hoffman, told JTA that the policy change will give Women of the Wall more influence over how the new section is designed.

“For an organization that’s always been small and very dedicated, we are now going to become players at the political table, which means we’ll have to compromise on our demands,” she said. “Pure ideology does not reality make.”

The group’s new policy, however, will not lead to a change on the ground in the near future. In order to pray in the new section, Women of the Wall is demanding that the section be equal to the existing plaza in size, topography, budget and facilities. In addition, the group is demanding a unified entrance and a shared plaza between all of the wall’s sections.

Women of the Wall also is demanding that a body of Jewish leaders, with equal women’s representation, runs the new section. The existing plaza is managed by the Western Wall Heritage Foundation, a haredi Orthodox organization.

Some of the changes may be difficult to implement. Altering the topography of the plaza would require approval from the Islamic Wakf, the body that controls the Temple Mount and historically has been resistant to any such changes. Israeli Economy Minister Naftali Bennett had a temporary platform erected at Robinson’s Arch in August, but Women of the Wall said it does not meet their needs.

Until Monday, Women of the Wall seemed defiant in its commitment to keep praying in the women’s section. The group scored a legal victory in court this year that allowed its members to pray without fear of arrest, but members have faced ongoing opposition and harassment from traditionalist opponents.

The group’s most recent service, on Friday, was the calmest in months, but the women still encountered opponents screaming and, according to some reports, spitting as they prayed.

“We had a choice,” Hoffman told JTA — “to continue being marginalized and insist that we pray at the women’s section, or to say here’s how we envision the Western Wall, open to all and friendly and clean.”