Seeking Kin: Unraveling the mystery of the late Yehuda Cohen 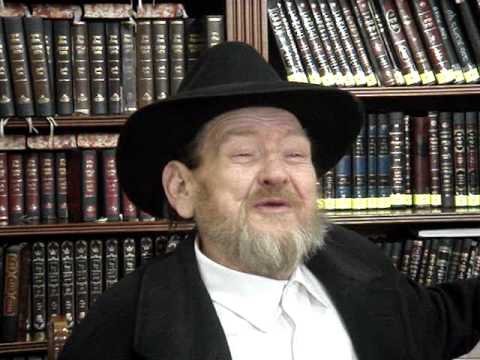 Yehuda Cohen is shown in a YouTube video clip that was posted shortly after his burial in New York in April 2009. (Courtesy of Chesed Shel Emes)
Advertisement

The gravestone, center, of Yehuda Cohen, who is buried in Beth Moses Cemetery on Long Island.

BALTIMORE (JTA) – Wearing a black jacket and hat with a white shirt buttoned up to the neck, the bearded man sings of poverty and hunger, homelessness and being alone, a family lost.

Yet through the pain, the performer of the Yiddish tune “Papirosen” somehow projects contentment as he sits smiling a toothless smile on a bench facing a table of schnapps and snacks at the Belz shteibel in the Borough Park section of Brooklyn, N.Y.

His singing packs exponential poignancy given that the man in this YouTube video clip is Yehuda Cohen, the subject of a recent “Seeking Kin” article; this column learned last week of Cohen’s death several years ago.

Conveying the news to Cohen’s two sisters in Israel and his younger son in France elicited sadness and relief that the mystery of his more than two-decade disappearance was solved.

Viewing the video, they couldn’t be certain it was their relative. Cohen’s older sister, Rachel Kigler, said so much time has elapsed and the changes to his appearance were so stark: the observant garb, the beard, the features that made him appear more than a decade older than his 61 years at death.

“There is some resemblance, but I can’t be sure it’s him because I haven’t seen him in 30 years,” she said. “I’ve watched it 10 times and I just don’t know.”

Yehuda Cohen is shown in a YouTube video clip that was posted shortly after his burial in New York in April 2009. (Courtesy of Chesed Shel Emes)

Interviews with three people who knew Cohen in Brooklyn painted a picture of a well-liked, impoverished man who blended into the observant community.

Two of the men – David Kornhauser and Mendy Rosenberg – are affiliated with Chesed Shel Emes, the Brooklyn charitable organization that buried Cohen on April 10, 2009, at the Beth Moses Cemetery on suburban Long Island. Chesed Shel Emes inters New York-area Jews who die with no known next of kin.

Speaking with Kornhauser and Rosenberg, the burial group’s founder, provided the basis for “Seeking Kin” to conclude that Cohen was both the man in the video and the deceased, even though Kornhauser said the city medical examiner’s office had not taken a DNA sample from the body.

They revealed key facts that they said the man in the video shared with them: reaching the United States from France; being a native of Eastern Europe; fathering two sons; having a criminal past that included counterfeiting and being estranged from his family. Also, the tombstone noting Shmuel as the father of Yehuda resulted from the latter having once arranged a “Mi Sheberach” prayer in Shmuel’s memory, Rosenberg said.

Their information matched the initial “Seeking Kin” article, which Kornhauser and Greenberg said they had not read.

Cohen’s turning to religion meant that “at the end of his life, he worked to do teshuvah [repentance],” said his son, Herve Cohen, who lives near Paris. “Going to Borough Park, studying Torah, praying were the best actions he did in all his life.”

Rosenberg reported often seeing the elder Cohen at bar mitzvah and wedding celebrations in the observant neighborhood, which led him to surmise that Cohen needed the nourishment and “was maybe homeless.” Cohen was such a fixture in several area synagogues that he “was like part of the Borough Park furniture,” Rosenberg said.

According to Kornhauser, Cohen’s decomposing body was discovered on April 7, 2009, in Apartment 1H at 5701 15th Ave. The tenant had vacated the apartment some four years earlier to let Cohen live there rent free, he said.

Nothing with Cohen’s name was found in the apartment – no utility bills, credit cards or driver’s license – to identify him, Kornhauser said.

The mystery began unraveling one month after the “Seeking Kin” story was published.

Ami Fairmont, a resident of the Israeli town of Shoham who had enlisted “Seeking Kin” in the search for Cohen, subsequently called to report that his father-in-law — Kigler’s husband, Avraham — ran into an old friend in Jerusalem who said his grandson studying in Brooklyn had met a Frenchman there who mentioned Cohen’s death.

The Frenchman was Daniel Ramniceanu, a Parisian living in Brooklyn the past three decades. Ramniceanu told “Seeking Kin” that he knew Cohen in the late 1980s in nearby Crown Heights, when both were involved with the Chabad-Lubavitch movement, and that Cohen had bounced between jobs. For a while, he and his wife let Cohen stay in their apartment.

“We came to love him and got to know him,” Ramniceanu said. “He told us the story of his life. He was a simple person, a simple guy.”

Ramniceanu – whose parents, like Cohen, were born in Romania – remembered sometimes giving Cohen $20 for subsistence.

In early December, Ramniceanu – who later would identify Cohen in the YouTube clip – suggested that “Seeking Kin” call two Borough Park volunteer organizations that bury indigent Jews. One was Chesed Shel Emes, whose officials located the files on Cohen’s death and burial. Kornhauser also forwarded a photograph of Cohen’s gravestone.

The organization’s name derives from the patriarch Jacob’s beseeching his sons to perform a “chesed shel emet” – an absolute kindness – in burying him with his ancestors.

Cohen was buried in row N, plot 12 of the cemetery’s section belonging to K’hal Toras Chaim, a Borough Park synagogue. The Jewish date chiseled into the tombstone, 16 Nissan 5769, denotes when the burial occurred, since the date of death was indeterminable, Kornhauser said. (The burial on the second day of Passover was permissible under Jewish law despite the holiday, he added.)

While Cohen was laid to rest far from family, the news of his demise arose during the week of public readings of the Torah portion covering Jacob’s deathbed request.

Herve Cohen hopes someday to visit his father’s grave. For now, he said, at least he can recite Kaddish to memorialize the father he never knew.