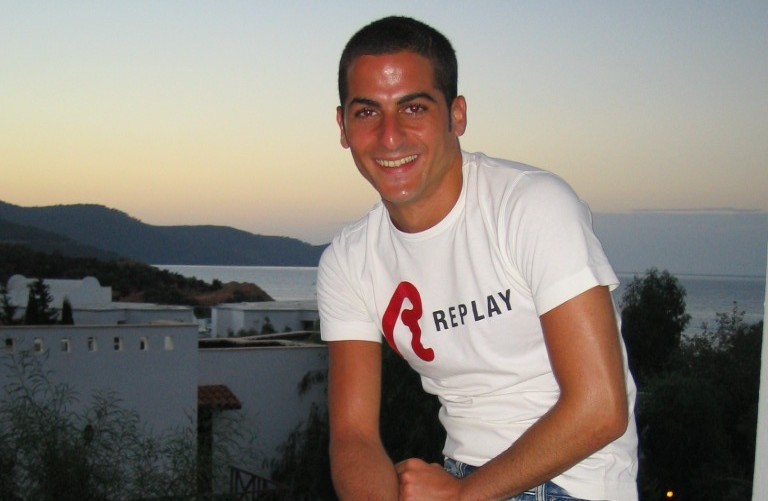 The 2006 kidnapping and murder of Ilan Halimi, who is pictured here, is the subject of a forthcoming feature film from French director Alexandre Arcady. (Courtesy of Stephanie Yin)
Advertisement

SAINTE-GENEVIEVE-DES-BOIS, France (JTA) — The phone calls from Africa, the calm demeanor of the suspects and their extreme caution left no doubt in the minds of detectives working the Ilan Halimi case: They were up against an international ring of professional kidnappers.

It would be more more than three weeks after Halimi’s abduction, when the young Jewish phone salesman was found dying on a suburban Paris field in February 2006, that police finally realized their mistake: A gang of local amateurs had abducted Halimi for money and used basic hacking methods and some Hollywood tactics to conceal their identities.

The realization is the tragic climax of the first feature film about the Halimi murder. It is scheduled for release April 30 by Alexandre Arcady, one of France’s best-known directors.

The film is part of a renewed interest in France in l’Affaire Halimi, which early on was so shocking to the French public that many considered it a freak occurrence. But with a wave of anti-Semitic violence convulsing France over the past year, and particularly following the 2012 slaying of three Jewish children and a rabbi in Toulouse, many have come to view the Halimi murder as a watershed moment.

“This film is about something that happened seven years ago but recent events have caught up to it, making it part of current affairs,” Arcady told JTA in an interview at his Paris office.

Halimi was kidnapped in Paris in January 2006 by a gang of at least 16 men and women led by Youssouf Fofana, a professed anti-Semite of Ivorian descent who had Halimi starved, mutilated and beaten for 24 days in a cellar before dumping him in Sainte-Genevieve-des-Bois. Fofana was sure he would be paid ransom because Halimi was Jewish. Halimi died on his way to the hospital.

Alexandre Arcady, one of France’s best-known directors, is making a feature film about the 2006 murder of Ilan Halimi. (Cnaan Liphshiz)

The Arcady film, based on a book by Halimi’s mother, Ruth, is one of several about Halimi now in production. Filmmakers Richard Berry and Thomas Langmann are working separately on cinematic adaptations based on some of the other books written about the abduction. The release dates for the other films are not yet known.

Interest in the Halimi story exploded following the Toulouse killings, as the French media embarked on a process of re-examining anti-Semitism that has yielded dozens of articles each month mentioning Halimi. The comedian Dieudonne, who has been much in the news lately for inventing a quasi-Hitlerian salute that has taken the country by storm, also frequently mocks Halimi in his shows and has called for Fofana’s release.

“Today, after Toulouse, we understand that what happened to Halimi was not an isolated act but part of something much more serious, and we saw just how serious in Toulouse,” Ariel Kandel, head of the Jewish Agency’s operations in France, told JTA.

The link between the two attacks has been made by a number of other prominent Frenchman, including Jerome Guedj, the president of the municipality where Halimi was found. Guedj established an annual award for activists against anti-Semitism named for Halimi.

Arcady has produced and directed dozens of multimillion-dollar productions, including the 1991 hit “For Sacha,” about Israel during the Six-Day War, and the 1992 film “Day of Atonement,” with the American film star Christopher Walken.

The new film, Arcady said, is an attempt to refocus attention on the Halimi family.

“I wanted to make a film because I noticed a tendency in France to focus on the perpetrators instead of the victims,” he said. “Making this film was my way of setting things straight.”

In researching the film, Arcady learned that Fofana telephoned Didier Halimi, Ilan’s father, a total of 700 times during the abduction. To convey that distress, Arcady employs various cinematic techniques, transitioning sharply between shots of the anguished family and the detective work carried out by police behind the scenes.

“Imagine what that’s like,” Arcady said. “Ilan Halimi was in hell during those days, but so was his family, who had to negotiate with the kidnappers while pretending, on the police’s orders, that nothing was wrong. They kept going to work, not being able to breathe a word of the terrible thing that had happened to them.”

Ruth Halimi says writing the book and working with Arcady on the film was painful.

“It brings back very forcefully the memories with which I live every day,” she told JTA. “But Jews are the people of memory. We have no choice.”