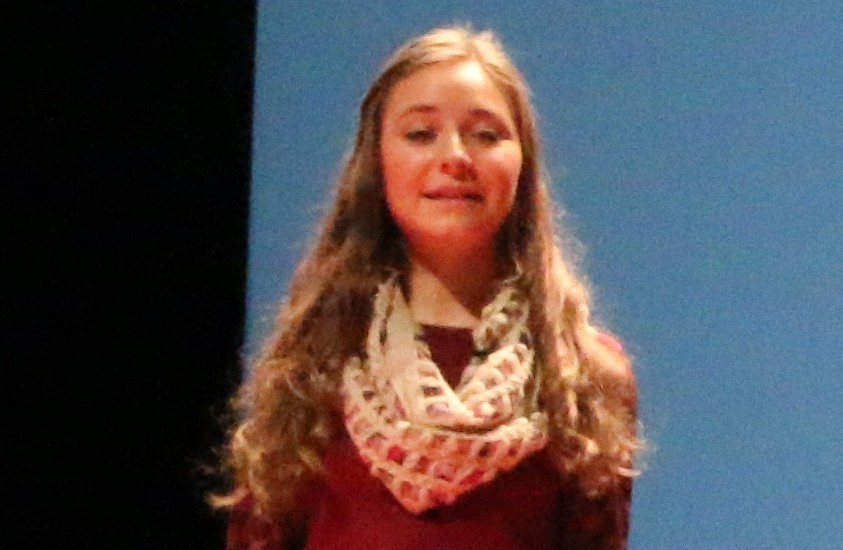 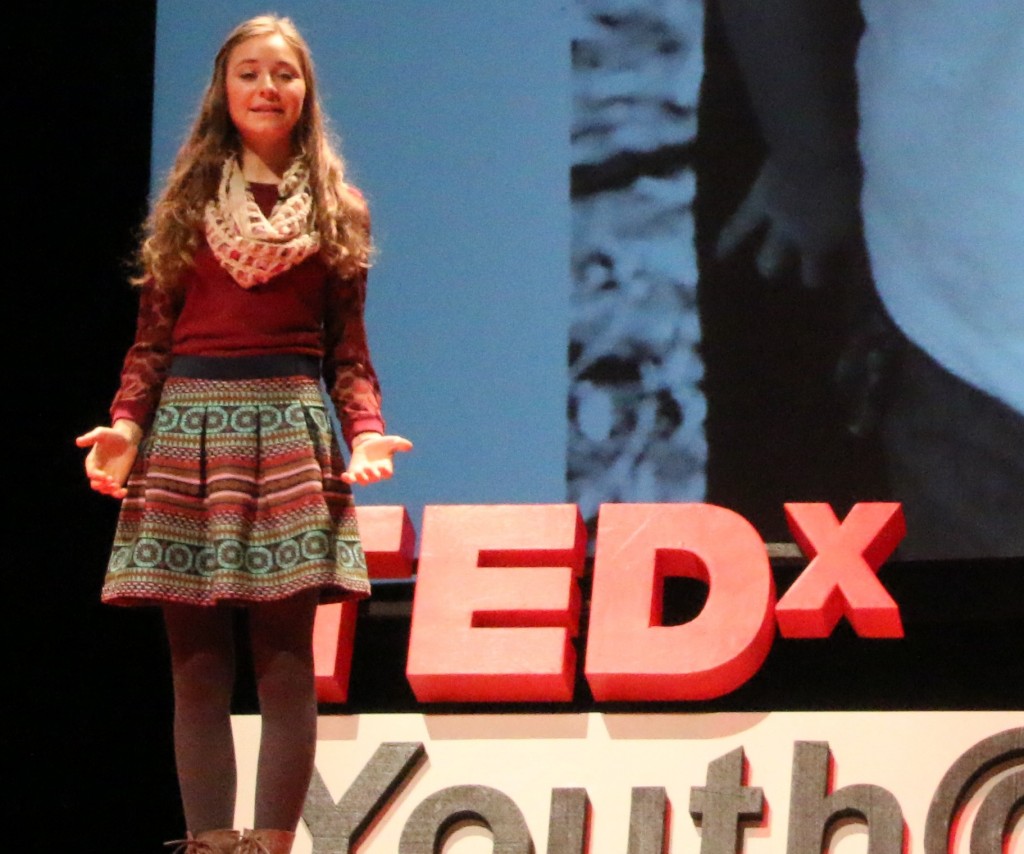 Lauren Maunus speaking about her sister, Rachel, at the TEDX Talks in Miami. (Courtesy Lauren Maunus)

WASHINGTON (JTA) — Just shy of her second birthday, Lauren Maunus’ younger sister, Rachel, took a small bite from a cashew and had a life-threatening anaphylactic reaction.

“Until that day, I never knew someone could die from a nut,” Maunus said.

As a high school freshman, she drafted a bill for her youth-in-government club requiring schools to post the top eight food allergens as well as ingredient information in their cafeterias. The bill took top prize at a mock state assembly.

Since then, Maunus has met with food service directors at Florida schools, attended county meetings, lobbied politicians and worked with legislative aides to help raise awareness and increase education about food allergies.

Last April, Maunus spent a week as a Senate page in Tallahassee. She met with government officials, including the Florida agricultural commissioner and Gov. Rick Scott. Her lobbying efforts have led to new state guidelines on the issue in Florida.

Maunus has taken her cause to Capitol Hill and federal agencies in Washington, D.C.

“My sister can now eat lunch in school with her peers and not be ostracized,” she said.

A junior in the International Baccalaureate program at South Fork High School in Martin County, Fla., Maunus plays on the varsity tennis team, volunteers in a soup kitchen and is an active member of the Jewish Federation of Palm Beach County’s Jewish Teen Initiative.

Last November, she shared her story during a platform at the TEDxYouth Talk in Miami. Persistence, patience and diplomacy were key to her success, she told the audience.

“Don’t underestimate youth in advocacy,” Maunus said. “I always had a voice.”

Recently, Maunus told JTA with which famous person she’d like to share her work, her future ambitions and her favorite symbol on the Passover seder plate.

JTA: What advice would you give to other teens interested in lobbying on behalf of a personal issue?

Maunus: I am a firm believer if you follow your passion, you can achieve anything. Collaboration is also essential. I could not have achieved [what I did] without collaboration and passion.

If you could have lunch or coffee with anyone and tell him or her about your lobbying efforts, who would it be?

I would love the opportunity to meet Michelle Obama. She has done great work in student nutrition, health management and obesity. I would be honored to share my work with her.

Can you share with us a meaningful Jewish experience that you’ve had so far?

Last spring I participated in the Panim el Panim seminar in Washington. I felt at home with thousands of Jewish peers. We all advocate for issues that we are passionate about.

What do you think you want to be doing when you “grow up” or would like to be doing professionally in perhaps five or 10 years?

I am extremely motivated to represent the U.S. as a delegate to the United Nations. As a diplomat [I could] really effect change on a global scale.

What is your favorite Jewish holiday?

I love Passover! The story of the orange [on the seder plate] is very unique and is representative of my Jewish values. It symbolizes inclusion of all people in the Jewish faith.

What are you reading right now for pleasure?

“I Am Malala” — it’s so inspirational, very uplifting.

The Teen Heroes column is sponsored by the Helen Diller Family Foundation, which is dedicated to celebrating and supporting teens repairing the world. To learn more about the foundation’s $36,000 Diller Teen Tikkun Olam Awards, visit http://dillerteenawards.org. Please tell us about teens who deserve attention by sending an e-mail to teens@jta.org.