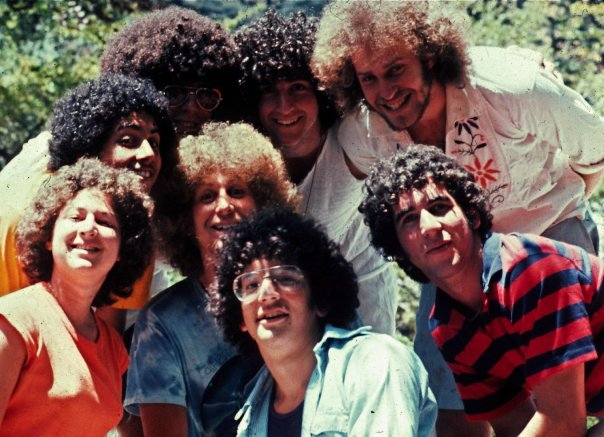 The Union for Reform Judaism's Camp Swig, presumably in the 1970s. (Courtesy of the National Museum of American Jewish History’s "Go To Camp!" exhibition and interactive)
Advertisement

NEW YORK (JTA) — We invited readers to submit their most amusing Jewish summer camp stories. Here are some of our favorites:

Camper at Camp Kinder Ring in Hopewell Junction, N.Y., in the mid-’70s

What made my camp experience a bit different than most other campers was the fact that my two grandmothers were summer residents of a bungalow colony euphemistically named “The Forest Lake Country Club.” A country club it wasn’t! My grandmothers walked along the shores of Sylvan Lake every other day for the entire eight weeks my brother and I were at camp. Their major goal? To see how much food they could smuggle into camp. The most unusual was pushing an entire roast chicken through the holes in a chain-link fence. The two of them stood there breaking the chicken into small pieces so I could catch it and then share with my little brother. Everything was strictly kosher, of course! There were cookies, mandelbread and even a homemade challah. They gave me a rendezvous time, and I had to make it my business to be there or there would be a price to pay. How many campers can say they had their own food arsenal made up of two little old Jewish ladies?

Making a splash at Camp Micah in Bridgton, Me. (National Museum of American Jewish History’s “Go To Camp!” exhibition and interactive)

Camper at UAHC Camp Swig, in Saratoga, Calif., in the early ’80s

I spent all session liking this guy who was going out with someone else. When he finally broke up with her and asked me out (not that I caused the breakup), we had six days of camp left. After three days I broke up with him because “I wanted to be free the last few days of camp.”

Strangest thing sent in a care package: We had a dad who liked to send random objects to his camper. He wouldn’t even use a box or an envelope but would just send the item with the postage right on the item. The two most unusual things sent by the dad were a giant traffic cone and a plastic bumper of a car.

Most amusing crisis: Every now and then when we have a rainy spring, we will get a cricket infestation. Crickets will be everywhere, and there is nowhere you can go in the camp to escape. Staff have to sweep out crickets from cabins, common areas, everywhere!

Twelve- to 13-year-old females are just beginning to understand their bodies. Invariably, they’re clueless about their menstrual cycles, or they even experience their first period at camp. And guess who gets to run to the nurse’s office to get sanitary napkins? The female counselors had to take them back to their bunks and get them changed. Invariably, said females in the 1980s would be wearing white clothing (especially on Shabbat) when this happened. We male counselors had a name for this occurrence: the Flag of Japan.

Camper at Camp Menorah, a day camp in Essex, Mass., in the early ’80s

My first day at Camp Menorah, when I was 7 or 8, I went with my mom to the corner to wait for the bus. A bus arrived on the opposite corner. I insisted it was my bus and was too grown up to let my mom ask if it was going to my camp. Instead, I got on the bus like a big girl. When I arrived at the camp, there was a big cross on the lawn. I had gotten on the bus for the YMCA camp by mistake. I turned to the nearest adult and pointed at the cross and said, “Um, I don’t think this is Camp Menorah.” They were very nice and called my mom to come and get me and drive me to my actual camp.

Directors of Eden Village Camp in Putnam Valley, N.Y., since 2010

Craziest thing confiscated: A mom who knew that we don’t allow candy at camp wanted to give her kids a special treat, so she packed some Snickers bars in a tampon box! While we applaud the creativity, it didn’t change our “no candy at camp” rule.

Most extreme example of helicopter parenting: We had a parent who actually flew over in a helicopter! (He was a pilot, but still! He took an amazing aerial photo of camp.)

Most amusing crisis weathered: The freezer broke on the hottest day of the summer, and the campers were forced to eat all of our homemade ice cream. 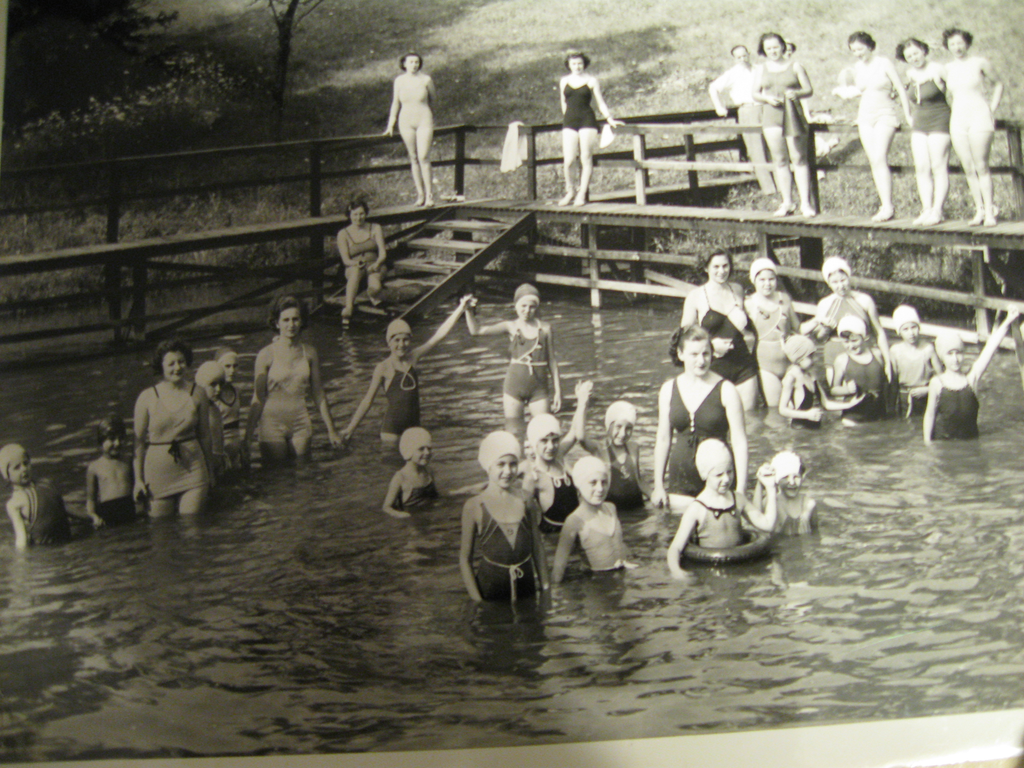 Swimming at  Camp Kweebec, in Schwenksville, Pa. (Courtesy of the National Museum of American Jewish History’s “Go To Camp!” exhibition and interactive)

Camper at Camp Naomi in Raymond, Maine, in the late ’70s and early ’80s

I was a member of the CNLO: the Camp Naomi Liberation Organization. We did everything from break into the dining hall for Manischewitz wine, 30 pounds of raisins and pop tarts to kidnapping all the other campers at 3 a.m. and taking them on a hike, so that when the executive staff woke up, the entire camp was gone. We took all the sailboats from the waterfront and set them up in the dining hall. We took everyone’s left shoes in the middle of the night, which was a nightmare to untangle when the prank was over. And those were only the pranks I was involved in! Camp in the ’70s was a different animal than it is today. We went out after curfew to meet up with girls, and when we were caught had to run in our underwear doing laps with honey on our bodies or scrub the dining hall with a toothbrush. 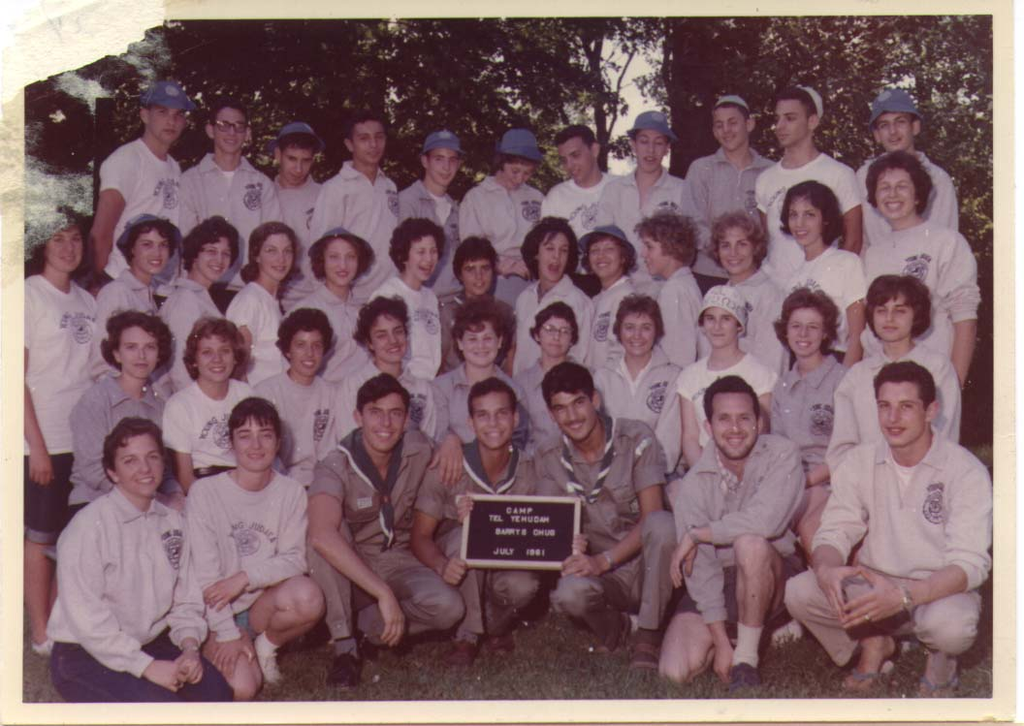 Camp Tel Yehudah in Barryville, N.Y.(Courtesy of the National Museum of American Jewish History’s “Go To Camp!” exhibition and interactive)

Craziest/most unusual request from a parent: Instruction to keep Hershey’s syrup at all breakfasts because child would only drink the chocolate kind of milk.

My first summer at camp I felt bad for the kids who had to swim in the lake in the early mornings when it seemed so cold. The waterfront director was very straitlaced, always serious and seemed to have no sense of humor. I thought, “Wouldn’t it be nice if the lake was frozen one morning and the kids couldn’t swim?” Since I couldn’t freeze the lake, I did something else: arranged with one of the kitchen staff who was a local to get some dry ice, which we put in the waterfront director’s cabin toilet. Dry ice in water causes smoke, if you don’t know. He came running out of his cabin screaming, “My toilet is on fire, my toilet is on fire.” One of the other male staff calmly went into the bathroom, flushed the toilet, and that was the end of the “fire.”

The photos accompanying this article come courtesy of the National Museum of American Jewish History in Philadelphia from its “Go to Camp!” online exhibition and interactive. “Go to Camp!” features thousands of photos spanning a century at scores of American Jewish summer camps; visitors are invited to share their own camp memories and photos on the site.

We welcome you to keep the conversation going by contributing more stories to the online exhibits at the Foundation for Jewish Camp’s blog, The Canteen, and JTA. Email jwiener@jta.org. We just might include yours in next year’s camp section