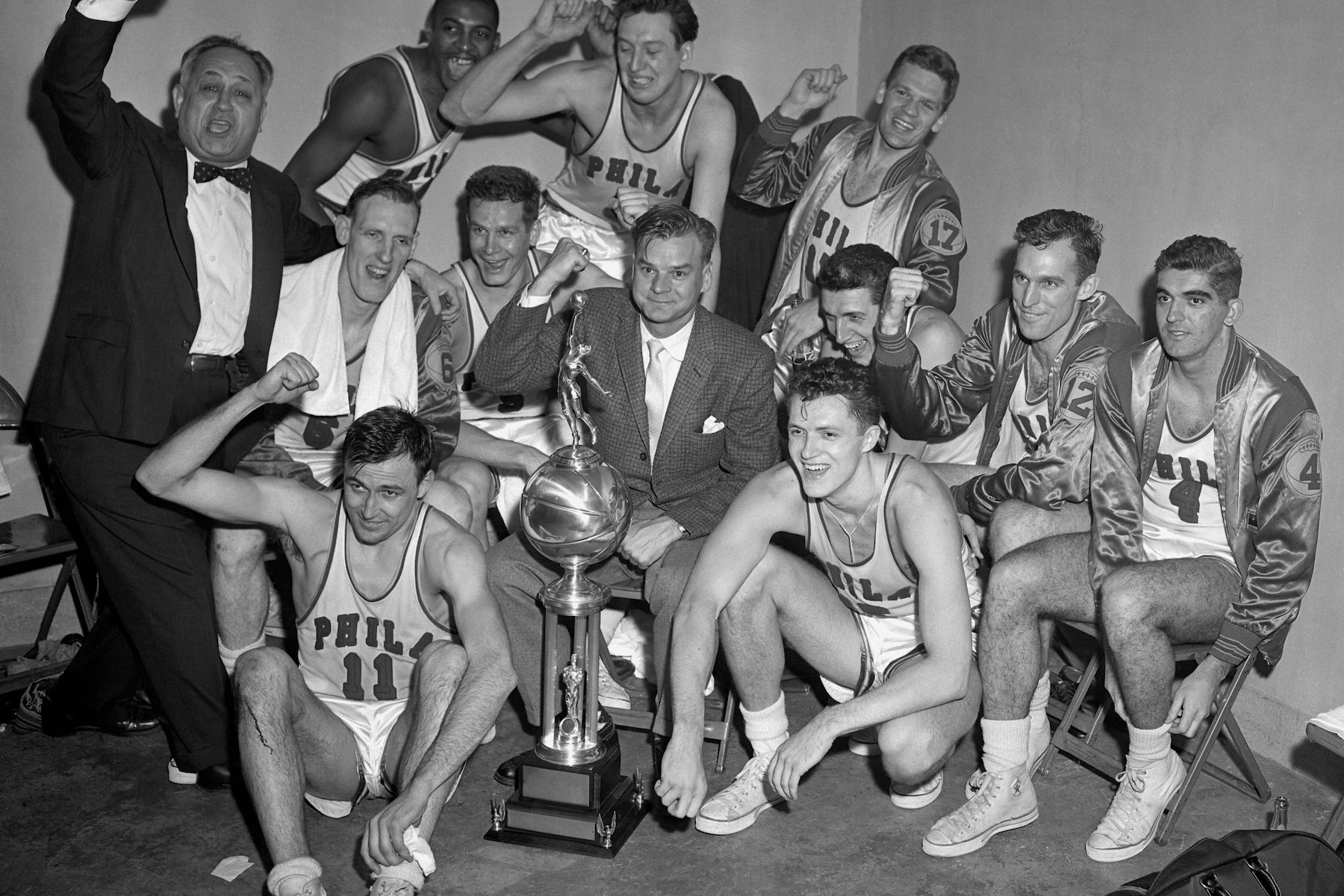 PHILADELPHIA (JTA) — Celeste Morello isn’t Jewish or a sports fan, and has never attended a professional basketball game. But a passion for history — particularly Philadelphia history — prompted her to seek recognition for the hoops pioneer Eddie Gottlieb.

Morello succeeded last week when the Pennsylvania Historical and Museum Commission approved her application for Gottlieb, a member of the Naismith Memorial Basketball Hall of Fame, to be featured on an official state historical marker.

The two-sided blue tablet with yellow lettering will be erected in Philadelphia, where Gottlieb lived most of his life and Morello now resides.

Gottlieb, who immigrated as a boy from Kiev, Ukraine, was a founder, player and coach of one of the most important teams in basketball history: the South Philadelphia Hebrew Association club known by its acronym, the Sphas.

Through the 1940s, the nearly all-Jewish Sphas won 10 championships in three leagues, out of which the National Basketball Association emerged in 1949 to become what today is a multibillion-dollar business.

Post-Sphas, Gottlieb coached and owned the Philadelphia (now Golden State) Warriors from 1946 to 1962. For a quarter-century he chaired the NBA’s Rules Committee, and for many years he plotted the league’s schedule of games using pen and paper.

While a state historical marker was placed last year at the North Broad Street site of the Broadwood Hotel, where the Sphas played many home games in its ballroom, Gottlieb will “now have his own marker,” Morello said.

Writing to the Pennsylvania Historical and Museum Commission last Sept. 26, the NBA’s then-commissioner, David Stern, supported the initiative for the historical marker, calling Gottlieb “a leader and innovator in the early growth and development of professional basketball in the United States.”

“Few men have contributed more to basketball and, in particular, to the development of the NBA during its nascent years than Eddie Gottlieb,” Stern wrote.

The marker’s possible sites, Morello said, include the corner of Broad Street and Snyder Avenue, outside South Philadelphia High School, where Gottlieb graduated in 1916; and 45th and Market streets, the site of the Warriors’ Philadelphia Arena.

Creating and installing the cast-aluminum marker atop a steel pole costs an estimated $2,600, she said.

Mike Bass, the NBA’s executive vice president for communications, said Thursday that the league will help underwrite the cost.

The NBA is “pleased that [Gottlieb] is being recognized with an official historical marker,” Bass said, adding that “any time we can be involved with recognizing the great contributors to our game, we appreciate and welcome the opportunity.”

Harvey Pollack, director of statistical information for the Philadelphia 76ers and someone who knew Gottlieb well from their Warriors’ days, had approached the 76ers and the NBA to recommend honoring Gottlieb with the marker.

The woman who made it happen, Morello, is a historian who has written books and articles on organized crime. Of the approximately 40 historical markers Morello said her work has yielded, Gottlieb’s will be the third Jewish-American (following Revolutionary War patriot Haym Solomon and Rabbi Israel Goldstein) and the fifth in sports (the others are Connie Mack, Roy Campanella, Shibe Park and African-American baseball).

“What it means to me is that [Gottlieb is] a Jewish-American who’s getting this marker, and Jewish-Americans are underrepresented with historical markers in Philadelphia,” said Morello, a Catholic. “I believe in my heart that Jews who have achieved what Eddie Gottlieb did should be on historical markers. When you’re talking about Gottlieb, you’re talking about achievement. I’m happy he got it.”

Morello has traced her roots to 17th-century Sicily, and said her family research indicates that her ancestors were Jewish before being forced to convert during the Spanish Inquisition.

As to more contemporary history, Morello sees historical markers in her state, and generally, as bringing the valued past to anyone willing to gaze at them.

“These markers are a form of public history,” Morello said. “It doesn’t take anything to learn what these markers show.”