Gisela and Bernard Dollinger on their 60th wedding anniversary.
Advertisement 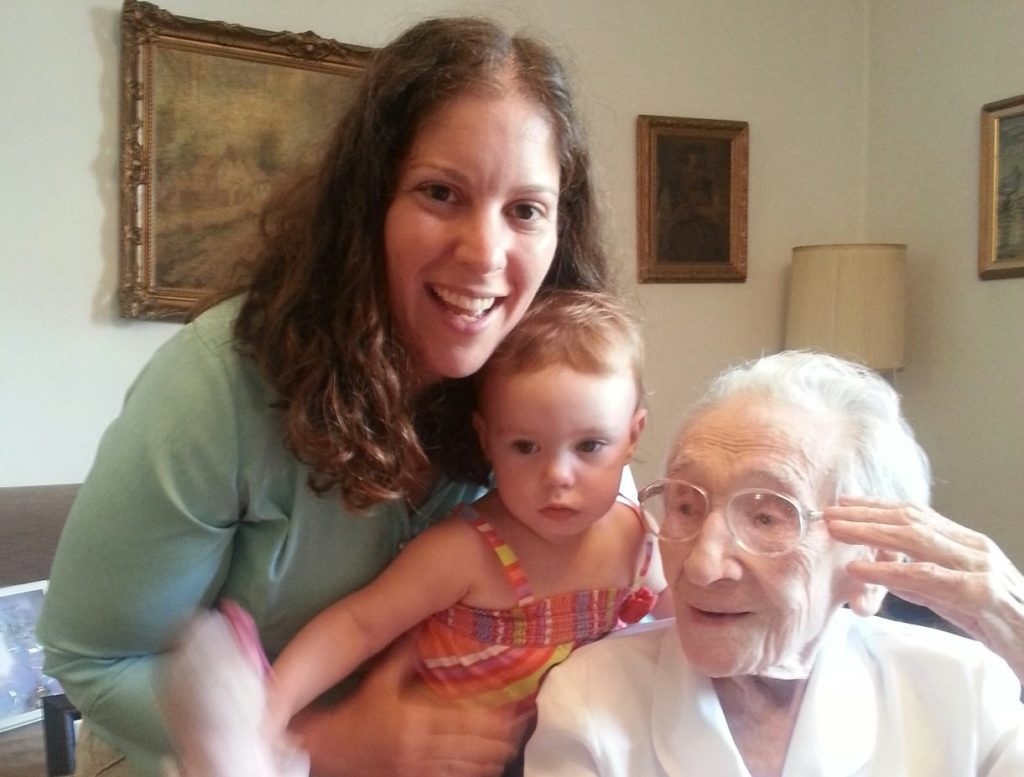 Soon after Kristallnacht, when she was 36, Dollinger persuaded the Gestapo to release her husband, rather than send him to a concentration camp, and the two of them fled Austria for Shanghai, where she almost died of typhus.

After that, death seemed to forget all about her — until last week, when Dollinger passed away peacefully at Manhattan’s Beth Israel Hospital. She was 111 years old.

Dollinger’s passing came just weeks after Alice Herz-Sommer, a pianist and the subject of an Oscar-winning documentary who was believed to be the world’s oldest Holocaust survivor, died at the comparatively young age of 110.

Known by her friends and family as “Gisa,” Dollinger was the youngest of 15 children. She was born in Baden-be-Wien, a Vienna suburb, on Aug. 30, 1902, according to her relatives.

Gisela and Bernard Dollinger on their 60th wedding anniversary.

Widowed in 1993 after more than 60 years of marriage, Dollinger never had children but leaves behind scores of nieces, nephews and their offspring in numerous countries, including the United States, Israel and England.

“To everyone in the family she was always Aunt Gisa or Tante Gisa,” recalled Dr. Mark Horowitz, a grand-nephew who lives in Manhattan.

Dollinger retained her full mental faculties and was able to remain in her New York apartment until the end, although in her final years her vision and hearing deteriorated — a source of frustration since reading, conversation and listening to music were her favorite activities.

Horowitz described his great-aunt as “well educated and well cultured,” a frequent theater- and opera-goer who spoke several languages.

Carole Vogel, a great-great-niece who is the unofficial family historian, told how in 2005, at the age of 103, Dollinger returned to Austria for the first time since she and her husband, Bernard, had fled in December 1938.

She had been invited to speak at the rededication of the synagogue her father had helped found in the 1880s and decided to use the trip as an excuse for a family reunion. At least 22 family members came along.

“I don’t know how many 103-year-olds go on trans-Atlantic flights, but she did,” recalled Vogel, who attended the reunion.

“She also pointed out the homes of the Nazis and their names,” Vogel said. “She’d say, ‘I went to school with her, and she married a Nazi.’ She had a phenomenal memory up until the end.” 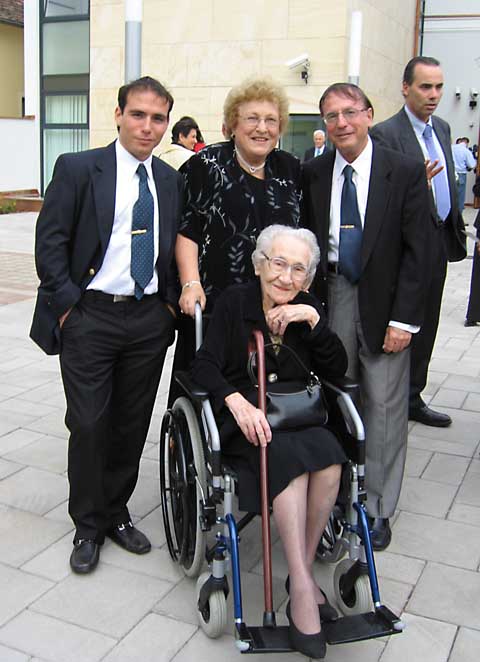 Shortly after Kristallnacht, when her family-owned dry-goods store was destroyed and Bernard was arrested, Dollinger went to the Gestapo in Vienna — putting herself at risk — and asked for her husband’s release. She argued successfully that since he was not an Austrian citizen (he was Polish), he should not have been included in the roundup of men scheduled to be sent to Dachau or Buchenwald.

Some family members have speculated that her persuasion included a bribe, but Dollinger never mentioned that when recounting the story, Vogel said.

“She credited the release of her husband to the fact that someone had advised her to speak to a certain Gestapo officer who was known to be more open to reason and that she showed him a valid Polish passport belonging to Bernard,” Vogel explained, adding that “open to reason” might have meant bribes, because “with Gisa everything could be in the nuance.”

Upon his release, Bernard was told that if he did not leave Austria within two weeks he would be sent to a concentration camp. Thanks to a last-minute cancellation, the couple managed to obtain two first-class tickets on a boat to Japanese-occupied China, one of the few places where Jews could easily obtain visas at the time.

“She described [the voyage to Shanghai] as a surreal vacation being on first class, especially after being treated so shabbily in Austria,” Vogel said. 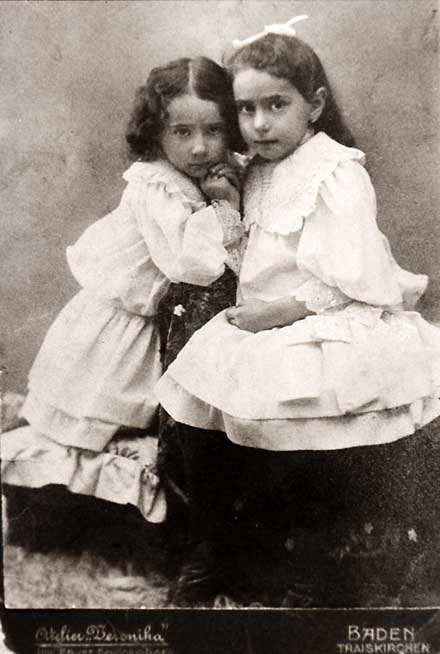 In Shanghai, the Dollingers lived in the crowded and impoverished ghetto to which stateless refugees were restricted, and Gisela worked for the American Jewish Joint Distribution Committee, which was distributing clothing and other aid there.

In December 1948, exactly 10 years after leaving Austria, the Dollingers departed China for the nascent State of Israel.

After the hardships of the Shanghai ghetto and the typhus bout, Dollinger and her husband were leery of life in a new and embattled country, even though most of Dollinger’s relatives were there, Vogel said. Since Bernard had sisters in the United States who urged them to come, the couple moved to New York in 1950.

They soon settled in a rent-controlled one-bedroom apartment in the East Village, where she would live more than 60 years. He painted houses, she worked at an envelope factory. The couple frequently hosted friends for bridge games. When they received reparations money from Germany for a relative who had been killed in the Holocaust, they put the entire sum into a scholarship fund at an Israeli university. (Vogel was not sure which one.)

Despite their relatively modest circumstances, Dollinger, whose father had sold men’s and women’s clothing in Austria, was a sharp dresser, Vogel said.

“By touch she could tell a fabric and its quality,” she said. “She was a size 6 all her life except near the end, and all her clothes were absolutely, completely fitted.

“She was a very elegant lady, very concerned about the appearance she gave. She wasn’t vain, but she had just been taught that when you go out, or even when you’re at home, you get dressed and present your best foot forward.”

What was the secret to her extremely long life?

Vogel said Dollinger participated in an academic study on longevity among Ashkenazi Jews, and that aside from being blessed with good genes, her great-great aunt thought “maybe her purpose was to bring together the far-flung relatives.”

“She served as the uniter of the family — she had nieces and nephews in Argentina, Switzerland, England, Israel and Austria,” Vogel said. “She became the place where people connected and the purveyor of information. When she was too old to get out much, her currency became the stories people told her.”

Dollinger and her husband had postponed having their own children for various reasons — the war economy in Austria, the Nazis, the difficult life in wartime Shanghai — and by the time they reached the United States, where raising a child was possible, Dollinger was already in her late 40s.

“She had up until the end the most phenomenal memory — she knew if someone’s baby was due, if someone was up for a new job, if someone was on vacation — she always had this list of things in her head,” Vogel said. “Everyone who called, she knew what was going on in their life. She really cared.”

Dollinger kept up not just with her family’s news but with current events, making a point of voting in every election, Vogel said.

In his 2008 victory speech, President-elect Obama referenced a 106-year-old voter who had been profiled on CNN. Upon reading about it in The New York Times, Dollinger, who was the same age, apparently said, “They should’ve written about me, but I’m not a publicity hound.”

Although she died at Beth Israel on March 10, having checked in a few days before her death, Dollinger managed to remain in her home, with the help of caregivers, until the end.

In her final 10 years, relatives suggested Dollinger consider moving to an assisted living facility. Vogel said “she was absolutely against it.”

“She didn’t want to be around old people,” she said.