Op-Ed: If more terrorists go free, I will resign 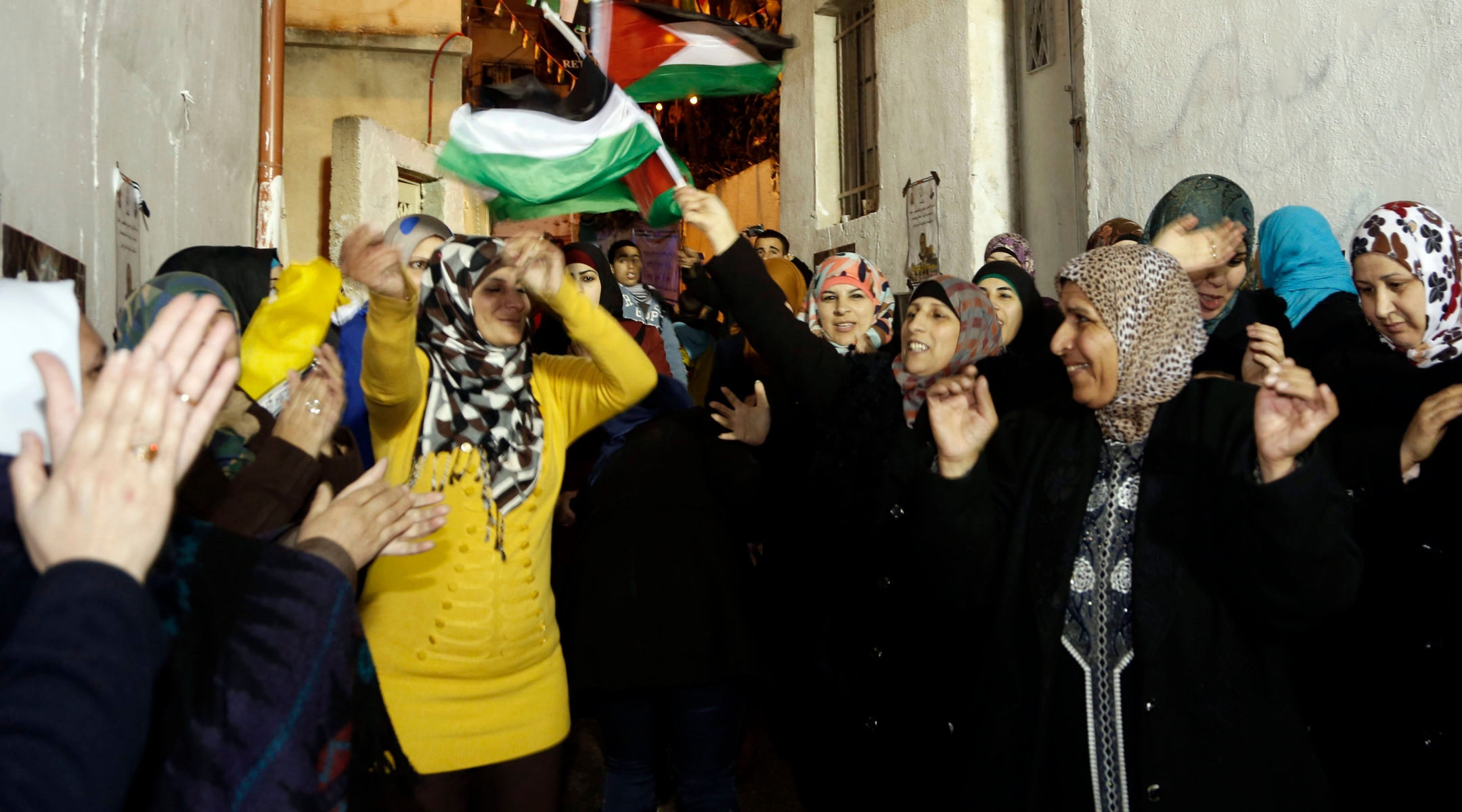 Thousands of Palestinians welcome the newly released Mahmoud Daajna in East Jerusalem in December. Dajna was one of 104 Palestinian prisoners released as part of an agreement to re-start U.S.-brokered peace talks. (Sliman Khader/FLASH90)
Advertisement

JERUSALEM (JTA) — It is no secret that when Israel’s government announced this past September that we would be returning to the table to negotiate with the Palestinians, I was not optimistic about the prospects of this latest round of talks.

I knew that as much as we desire peace and normalcy for this region, our Palestinian counterparts have never tired in making demands without any corresponding willingness to offer concessions and prove themselves as real negotiating partners. While many Israelis viewed these talks as a harmless diversion to placate some of our allies abroad, I warned my colleagues of the dire implications these talks would have on our security.

Though I was extremely concerned that our government might concede strategically important territory or relinquish parts of our historic homeland, what angered me most was the Palestinian demand as a precursor to even coming to the table that we release more than a hundred of their prisoners — men and women with blood on their hands. In essence, the demand was that we set murderers free for the privilege of negotiating peace.

Last week, I made the difficult but necessary decision that if the final round of the prisoner release goes ahead as planned on March 29, I will resign my position as Israel’s deputy defense minister.

It was not a simple matter for me to vocalize my opposition to these prisoner releases when they were first agreed to. Both Prime Minister Benjamin Netanyahu and Defense Minister Moshe Yaalon fully endorsed the release, claiming that it would enhance our geopolitical standing.

While I respect my government colleagues, I could not remain silent amid the calls of mothers and fathers of victims of terror who were horrified by the notion of their loved ones’ killers being set free. I also knew that the release of convicted murders to the Palestinian cities and villages of Judea and Samaria would only encourage terrorists to increase their attacks on innocent Israelis.

Despite my strong protests last fall, the Cabinet voted to support the prime minister’s initiative. The murderers’ prison doors swung open while Israelis looked on in disgust at this injustice.

Despite our constant desire to find a peaceful solution, it is now apparent to everyone that these negotiations have failed. As much as our American friends wanted to make the impossible possible, the Palestinian leadership predictably held true to its demands for full Israeli withdrawal to the 1967 lines while maintaining its historic refusal to recognize our legitimate right to exist as a Jewish state in our ancient homeland.

If this were simply a matter of watching with proven skepticism as this charade of diplomacy was allowed to unravel, I too would likely have been ambivalent, but I wouldn’t necessarily have been angry. The ultimate disgrace, though, was that after a complete and utter failure, where the two sides are clearly no closer to the resolution of the conflict than we were a year ago, we are again being asked to release Palestinian prisoners.

This is a farce that I am not willing to accept.

I have done my utmost to serve in my role as deputy defense minister with pride and distinction, and I had looked forward to continuing to do so for the duration of the current government. At the same time, I have come to the conclusion that I cannot, and will not, represent a government that ignores the will of its people and kowtows to international opinion even when we know that doing so is harmful to our interests. If it comes to it, I will respectfully inform the prime minister of my resignation at the very moment that first prison door is unlocked, continuing to serve my nation instead as a dedicated member of Knesset.

The prime minister and the relevant parties still have the time and opportunity to recognize the danger of this planned release, and I hope that they will make the necessary decision to protect our national interest.

But if they do not, I will not stand idly by as the State of Israel further denigrates itself and harms the security of its people.

(Danny Danon is Israel’s deputy defense minister and the author of “Israel: The Will to Prevail.”)