A year on, Israeli team of rivals rules Netanyahu’s coalition 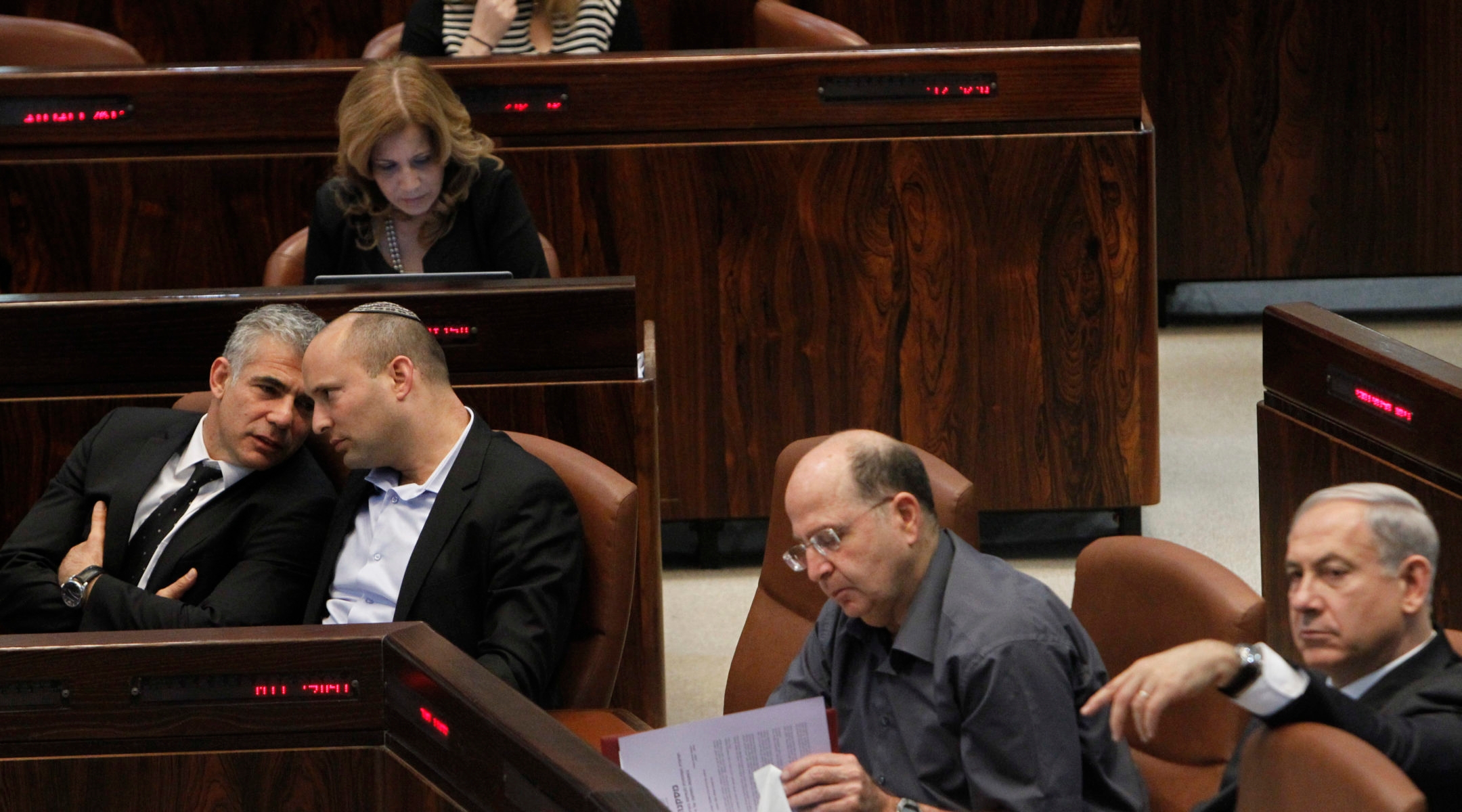 The message was clear: Netanyahu will be prime minister, but a vote for Jewish Home would give Bennett what he called “a hand on the steering wheel.”

More than having a hand on the wheel, the year since the formation of the new government has seen Jewish Home and the coalition’s other smaller parties driving much of the government’s agenda.  Netanyahu’s Likud party has taken a back seat on everything besides security affairs.

Netanyahu, meanwhile, has spent much of the past year fighting the same battles he fought in his last term, arguing for a more aggressive stance toward Iran’s nuclear program and taking a hard line on Israel’s security concerns.

With Netanyahu presiding over a team of rivals — a more difficult coalition than the relatively stable right-wing government of his previous term — many of the government’s initiatives have come from his partners, not him.

“What interests Netanyahu is the status quo,” Hebrew University political science professor Gideon Rahat said. “His style is not to do too much. Everyone else makes noise on smaller things.”

Lapid’s budget drew protests for raising taxes and cutting benefits, but proposed religious and social reforms have drawn the most attention.

As the first government without haredi parties in more than a decade, the coalition was able to pass some major legislation eliminating haredi privileges without falling apart. The government cut subsidies to large haredi families and sent the first government paychecks to non-Orthodox rabbis. Bills conscripting haredim and advancing gay parenting rights are close to passage.

The government also has moved toward forcing publicly funded haredi schools to teach English and math, as well as implementing an interdenominational compromise on the Western Wall. Yesh Atid is pushing legislation that would establish civil unions in Israel.

Not all the coalition members concur on the legislation involving haredim. Yesh Atid and Jewish Home broadly agree that haredim must be integrated and religious regulations streamlined, but they disagree on how.

Yesh Atid, a largely secularist party, campaigned on religious and social reforms, particularly on conscription and marriage. Jewish Home, which is largely modern Orthodox, has blocked some of the changes promised by Yesh Atid, opting instead to make religious bureaucracy more accessible while leaving core policies intact.

Their conflict payed out during the recent debate over the haredi draft bill. Following threats by Yesh Atid to quit the coalition, the bill now includes prison time for haredim who refuse to enlist. But because of pressure from Jewish Home, the penalties won’t take effect until 2017 — enough time for haredim to run in another election and possibly re-enter the governing coalition, where they could roll back the law.

The cause of greatest acrimony has been the peace talks. Hatnua was founded to advance Israeli-Palestinian peace. Jewish Home opposes a Palestinian state of any kind and supports settlement growth. Yesh Atid, once a quiet supporter of negotiations, has since become a stronger voice for a two-state solution, widening its rift with Jewish Home.

To jump-start Israeli-Palestinian negotiations last summer, Israel agreed to an unpopular prisoner release. As the talks progressed, Jewish Home threatened to leave the coalition. But eight months later, peace talks are on the verge of collapse and the sides seem to be no closer to a deal.

Meanwhile, Netanyahu’s security efforts haven’t yielded much success. An interim accord between Iran and the Western powers took effect despite the prime minister’s warnings that it was a “bad deal.” When Israel captured a ship this month laden with weapons destined for terrorist groups that Israel said originated in Iran, few world leaders responded.

“The Israeli strategy collapsed after the November agreement,” said Ephraim Inbar, director of the Begin-Sadat Center for Strategic Studies at Bar-Ilan University. “The world doesn’t want to hear bad news about Iran. The world is hiding its head in the sand.”

One of Israel’s most significant security accomplishments has been clandestine bombings of weapons shipments to Hezbollah, the Lebanese terrorist group. But with Israel’s policy of deliberate ambiguity, Netanyahu can’t officially take credit for the attacks.

Perhaps Netanyahu’s most notable achievement in the year-old government is that the coalition he cobbled together is still intact.

“Every time he keeps going one more year,” Rahat said. “Staying in power is not easy. He looks like a leader above the fray, and he likes it that way.”