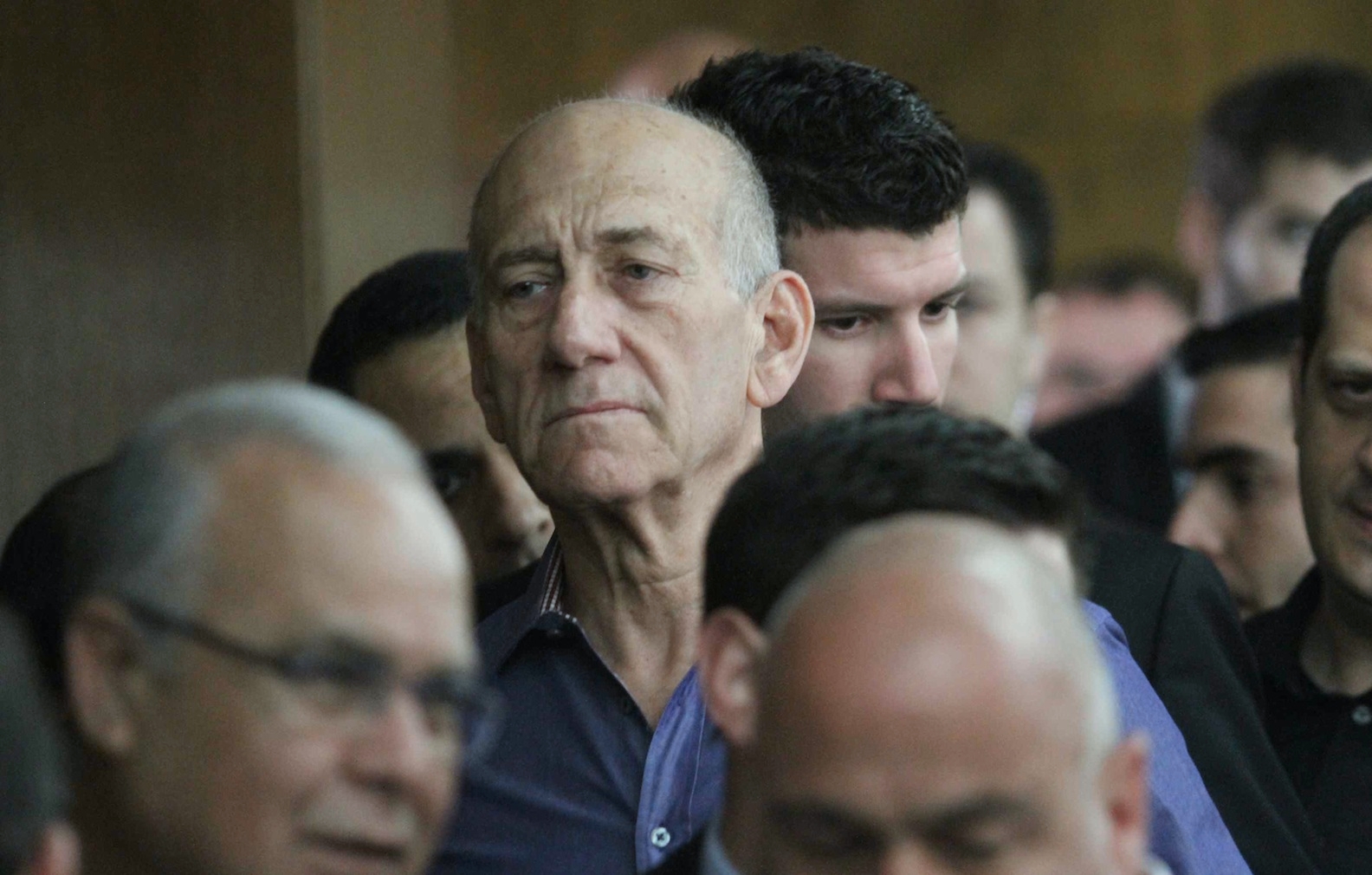 Former Prime Minister Ehud Olmert, seen in the courtroom of the District Court in Tel Aviv on March 31, 2014 where he was convicted of taking bribes when he was Jerusalem's mayor. (Ido Erez/Pool/Flash 90)
Advertisement

Tel Aviv District Court Judge David Rosen announced the verdict on Monday morning in what has been called the country’s largest corruption scandal. Olmert is facing up to 10 years in prison.

Olmert, who was convicted of receiving about $150,000 in bribes through his brother, Yossi, becomes the first former Israeli prime minister to be convicted of taking a bribe.

Olmert resigned as prime minister in September 2008 after police investigators recommended that he be indicted in multiple corruption scandals.

The Jerusalem District Court acquitted Olmert in 2012 on charges of fraud, breach of trust, tax evasion and falsifying corporate records in what became known as the Talansky and Rishon Tours affairs. He was found guilty on a charge of breach of trust in what is known as the Investment Center case; he appealed the verdict.