Nicholas Lowinger is filling big shoes — and little ones 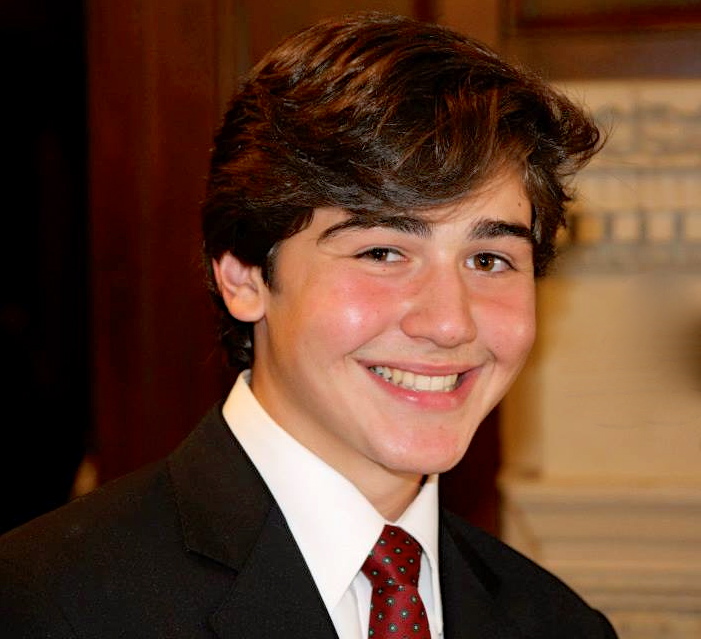 WASHINGTON (JTA) — Nicholas Lowinger was 5 years old when his mother took him to play with some children living in a nearby Rhode Island homeless shelter.

Despite being so young, he soon noticed that many of the children were wearing shoes that were either too big or too small, were falling apart or had to be shared with someone else.

“I knew I had to do something more,” Lowinger said, recalling how he donated his own gently worn shoes.

In 2010, Lowinger had his chance when tasked with coming up with a service project in preparation for his bar mitzvah.

He started raising money and collecting new footwear to donate to children living in local shelters. His efforts would evolve into a volunteer-run, nonprofit organization, the Gotta Have Sole Foundation, which has raised $250,000 and given new shoes to 15,000 children in 35 states.

The organization also widened its scope recently with two new projects that include providing veterans living at or below the poverty line with gift cards to footwear retailers and donating new athletic shoes to children from disadvantaged homes.

For his work with Gotta Have Soul, Lowinger, 16, a sophomore at The Wheeler School in Providence, R.I., was awarded the DillerTeen Tikkun Olam Award in 2013. He hopes to expand the reach of the organization’s work to all 50 states by the time he graduates from high school.

“To know that I can have that kind of an effect and change someone’s life for the better, it’s an amazing feeling,” Lowinger said. “All of us [at Gotta Have Sole] are making this difference.”

Lowinger spoke to JTA about his biggest life influence, the meaning behind his favorite Jewish food and what he likes to do to be a normal teen.

JTA: Who or what have been the biggest influences in your life so far?

Lowinger: My mother has had a huge influence on my life because I never would have known about this issue. She’s an amazing woman. Her heart is very big and she’s always helping others. It’s rubbed off on me because it’s a big part of my life.

I’ve always really liked brisket. My grandmother always makes brisket for the [Jewish] holidays. It makes me think of family and being together. It’s not just delicious but also has sentimental meaning.

If you could have lunch or coffee with anyone and tell him or her about Gotta Have Sole, who would it be?

Michelle Obama because of her Let’s Move campaign and the important connection to children’s health.

What do you think you want to be doing when you “grow up” or what would you like to be doing professionally in 10 years?

I’d like to go into law. I think it’s a great field for me. I’m on the debate team at school, and I love history.

What advice would you give to other teens who want to come up with a service project for their bar or bat mitzvah?

Find something that you are passionate about and come up with an idea. Take action. It doesn’t matter how big it is.

I like to play tennis, play the bass, be social, be with my friends and just being a normal teenager.